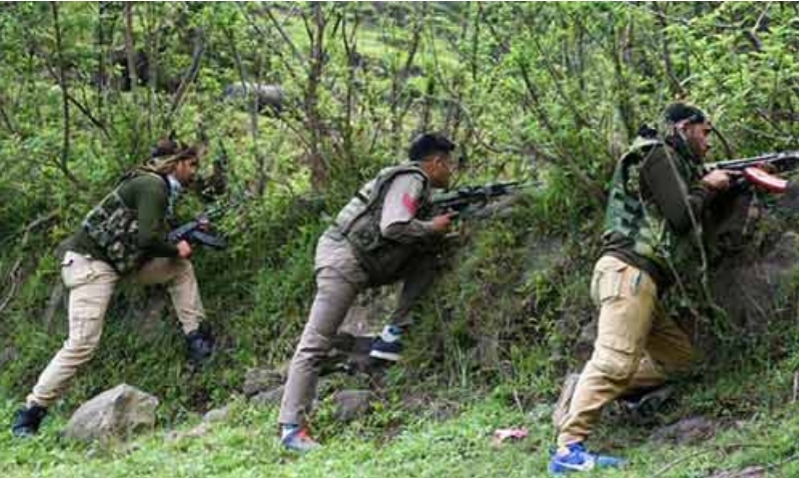 Insurgents from the local militant group of People’s Liberation Army of Manipur,ambushed a patrol of 4 Assam Rifles Battalion in Sadiktampak village of Chandel district of Manipur around 3 km from the border with Myanmar, on Wednesday night.

The insurgents first carried out an improvised explosive device blast and then fired at the troops who were returning to their post after three days of operation along the international border. Three personnel were martyred and five were injured.

On July 29, 2020, an area domination patrolling was going on in Khongtal, Chandel dist, Manipur. At 6:45 pm the patrol party got ambushed on their way back.
A group of 15 soldiers were returning from an area dominance patrol at Khongtal in Chandel area when an improvised explosive device exploded and they came under heavy fire from the members of an insurgent group.

“The local administration and intelligence agencies are working to identify the insurgent group which carried out the attack on the patrolling party,” stated an officer.

The casualty on the PLA side is not known. A combing operation has been launched in the area by Assam Rifles and Manipur Police personnel following this attack.

Assam Rifles is a paramilitary force under the Union Ministry of Home Affairs. A report published by the European Foundation for South Asian Studies (EFSAS) on June 23 stated that insurgents from the country’s Northeastern states, who have been sheltered for years in Myanmar, present security challenges for India.

“In addition to being threats to national security, they are also irritants that impact India’s Act East Policy. The Indian suspicion, not without basis, is that impeding the progress of India’s Act East projects has assumed weight in China’s strategic thinking. The influx of Chinese weapons is, accordingly, in tune with such thinking,” the EFSAS said.

In 2015, in an attack by Naga group NSCN (K), a total of 18 Indian Army soldiers were killed in Chandel district of Manipur. As retaliation, the force had carried out strikes on Myanmar hideouts of the group.