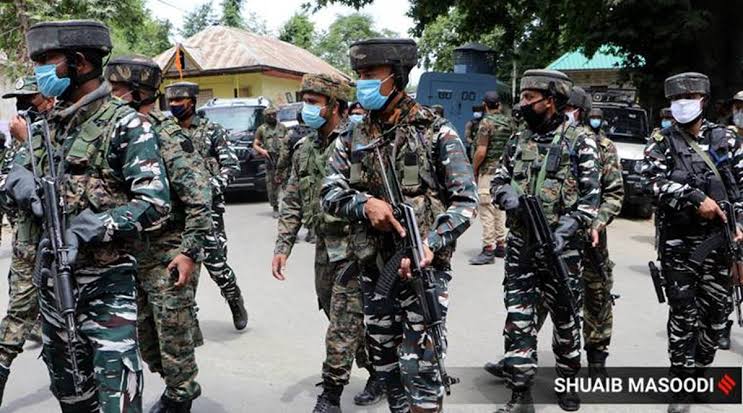 In one of the deadliest gun battles this year, seven persons, including three army men, a BSF personnel and three militants were killed as security forces foiled a major infiltration bid near the Line of Control (LoC) in Machhil sector of north Kashmir’s Kupwara district on Sunday.

Two more soldiers were also injured in the encounter which erupted after a Border Security Force (BSF) patrol party noticed suspicious movement near the Anti Infiltration Obstacle System (AIOS) or the LoC fence, about 3.5 KM from the LoC at around 0100 hours, an army spokesperson said.

He said in the initial firefight one militant and a BSF soldier were killed. “Firefight stopped at 0400h. More troops were rushed to the area and the movement of militants was tracked by surveillance devices. Contact was re-established at 1020h when heavy fire was drawn by own search parties approximately 1.5 km from the LoC,” the spokesperson said.

In the ensuing firefight, he said, two more militants were killed. “Own troops suffered three more casualties and two injured. Injured soldiers have been evacuated. Operation is in progress. Details will follow,” he added.

Defence sources said that the infiltrating militants were heavily armed and in two groups. “Either some militants are hiding or some may have gone back to the other side,” they said and added the operation is on.

A BSF spokesperson said Pakistani army started a ceasefire violation in support of the infiltrating militants.

Today’s infiltration bid was the second biggest along the LoC this year. On March 31, five heavily armed militants and an equal number of soldiers were killed in the Keran sector of Kupwara.