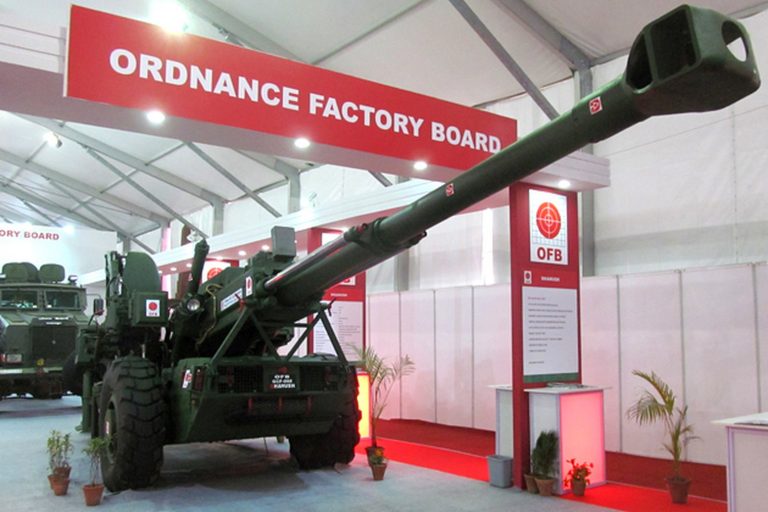 President Eisenhower ordered setting up of DARPA or Defence Advanced Research Project Agency in 1958 after the USA was shocked to see the Soviet Union shooting its Sputnik into space in 1957.

In order to become ATMANIRBHAR in equipping our defence forces with the best and in the quantity required by them, now the time has come to Act. In case this is not done, we will perish economically but also become a Second rate power whom no one will take seriously in the World arena. We will also remain at the mercy of our two adversaries China and Pakistan forever.

Hence the need of the hour is not only corporatize the massive Ordinance Factory Board comprising 41 Ordinance Factory but go beyond it and revamp the entire ecosystem of defence research and defence production.

OFB has 41 factories situated over 24 locations with large land pool, industrial, residential and attendant facilities of all kinds and so is the massive department of DRDO.

The OF started with the first factory in 1787 in Ishapur, kolkata for producing gun powder and ammunition.By World War the Board had expanded to 18 factories. Though we inherited all the 18 factories in 1947, there was hardly any reorganization or modernization till 1962.

After the Himalyan debacle new factories were added for production of vehicles, guns, earth moving equipment and even air-conditioning equipment and pressure cookers !! Till finally we ended up with 41 of them.

They worked in tandem with defence research laboratories and through in-house engineering by OF technologists a semi-automatic rifle was developed at Ishapore and the Indian Field Gun and Mountain Gun came up for production.

In 1971, apart from Soviet supplies and some Israeli munitions, India’s indigenous munitions were the mainstay of the armed forces. Post 1971 India even exported munitions primarily as aid.

However nearly 30 years of political instability and economic apathy led to total decline of indigenous military equipment and reliance shifted towards imported equipment.

The Ordnance Factory Board created as a semi-corporate entity, became a wing of the Department of Defence Production.

Prior to that, OF expenses were dovetailed to the Armed Forces budget. The financial autonomy delinking from forces’ budget proved to be a nadir as OFB could not compete in the market and therefore started sponging on the Armed Forces itself.

By 2012 India, with the third largest defence budget in the world, was importing nearly 60% Of Its Arms and equipment, a massive drain on our precious national resources. Then the new government in 2014 started emphasizing on “Make in India” in 2014 but to make the System move has not been easy.

Even after six years of effort there has been only marginal progress. This needs to be speeded up with no tolerance for Sloth and unaccountability. There can be no business as usual.

In his 28 June broadcast, PM Modi in both anguish and resolve said, “Friends, before Independence, in the realm of the defence sector, our country was ahead of many countries in the world. There used to be a multitude of ordnance factories. Many countries that lagged behind us then, are ahead of us now.

After Independence, we should have made efforts in the defence sector, taking advantage of our prior experience…we did not. But today, in the fields of defence and technology, India is relentlessly endeavouring to advance on those fronts…India is taking strides towards self reliance.“

Earlier in mid May there was a major reform announced by Finance Minister Nirmala Sitharaman. She had stated that OFB will be corporatized and envisaged that one or more entities, which will be PSUs listed on the stock exchanges, will be set up, which will be tasked with speeding up the “Make in India” process and be part of the Prime Minister’s “vocal about local” campaign.

She forgot to add the Britishers who had created this OF in India in 1787 had also corporatized their own OFB in 1985 itself.

That things have already started moving is evident from the fact that government on 6 July sought bids for the selection of a consultancy service agency, which will assist the Department of Defence Production in the corporatisation of the Ordnance Factory Board (OFB).

The consultancy firm, once selected, will have a year’s time to submit its report.

No wonder, three trade unions, representing 82,000 civilian employees of the country’s 41 ordnance factories, have rejected the appointment of consultants by the Union Ministry of Defence (MoD) for corporatising these factories and threatened the Centre with “serious labour unrest”.

In a letter to defence minister Rajnath Singh, the unions said: “there will be serious labour unrest resulting in disturbance of defence production in case the consultants appointed by the defence ministry visits the ordnance factories and OFB headquarters.”

As per the Unions “The department of defence production in violation of the agreement reached before the chief labour commissioner (Central) on August 21, 2019, have arbitrarily issued a notification for appointment of a consultant”.

“The ordnance factories are properties of the government. How can private parties enter these establishments to assess their values? The workers will not tolerate this. We will not allow the government to stretch this issue any further,” said Mukesh Singh, general secretary, BPMS.

The workers observed a month-long strike last year against the proposed move of the government. On Friday, the unions said that workers would go on indefinite strike and the date would be announced shortly.

The unions started a movement against corporatisation in last July.

The agitation started soon after the Centre enforced Arms Rules 2016, which introduced new laws to facilitate the production of weapons by private players in collaboration with foreign partners.

Workers can keep exercising their democratic rights but they must understand that 1.5 million defence forces too have their rights and soon they may just reject the shoddy products of the OFB in toto, after all they are staking their lives on daily basis at the borders, depending on these weapons and equipment. Also they are seeing that BEL, BDL, Defence Shipyards all fully corporatized are doing a wonderful job, then why not the OFB