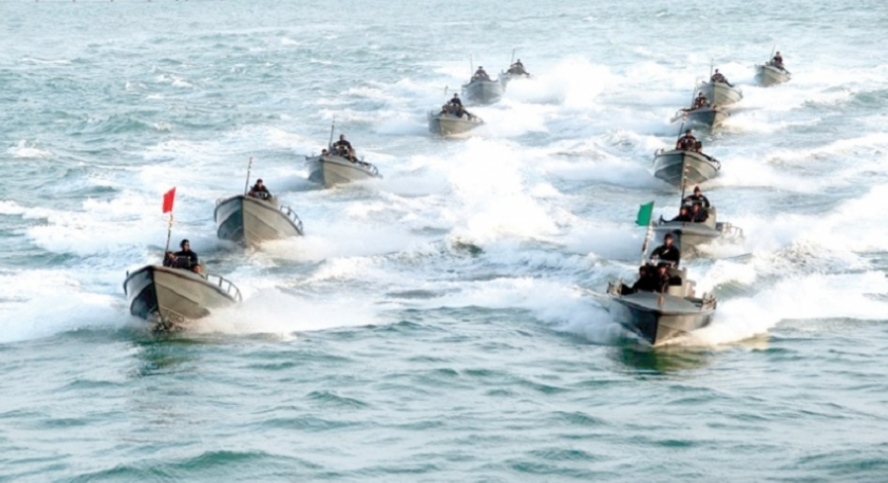 Much before the commencement of World War II, the British had clearly become aware of the strategic importance of the Deccan Peninsula jutting out into in the Indian Ocean Region (IOR) and the Trinccomalee Bay a bit ahead of the Peninsula was the perfect Naval harbour. However in their shortsightedness they developed their base in Singapore rather than in Kochi or Chennai or Trinco.They became more aware of the necessity of a proper navy for the subcontinent to ensure safety of the Sea Lines of Communication (SLOC) when the Japanese knocked out their Singapore Naval base. The various maritime passageways connecting Africa, the Middle East, the Gulf and the Hind with South East Asia, Australia and the Pacific can be easily dominated and controlled by this Penninsula and the Sinhal Dweep the teardrop island.

Thus with expansion of the Royal Indian Navy, there was also established a Ceylon Naval Volunteer Force (CNVF) in 1937 and when the Indian Navy came into existence in 1947, this Ceylonese Force was absorbed into the Royal Navy as the Ceylon Royal Naval Volunteer Reserve (CRNVR). After gaining independence from British rule, the meagre contingent of officers and sailors of the CRNVR became the nucleus to form the Ceylonese Navy.

In 1950, the Navy Act was enacted and the Royal Ceylon Navy was formed. In 1972, with the introduction of the new Constitution, the Royal Ceylon Navy was renamed as the Sri Lanka Navy. From its humble beginnings, with a scant ship crew and few craft, the seagoing arm has arisen to become a formidable force which now has 3,347 officers and 47,457 sailors. The Sri Lanka Navy has five Offshore Patrol Vessels, two missile boats, 12 patrol boats, more than 35 fast attack craft, six landing ships/craft and a large number of littoral craft, along with six auxiliary vessels.

In recent years it has played a key role in the Sri Lankan Civil War, conducting surveillance and patrol, amphibious and supply operations. During the war, the navy moved from a small force focused on coastal patrols to a large combat force concentrating on asymmetric naval warfare capable of amphibious and land operations in support of counter-insurgency operation that progressed into engagements of a new form of littoral zone warfare. It carried out expeditionary deployments in the Indian Ocean in order to intercept rogue arm shipments on the high seas. The navy has its own elite special forces unit, the Special Boat Squadron.

The professional head of the navy is the Commander of the Navy, currently Vice Admiral Piyal De Silva. The commander-in-chief of the Sri Lankan Armed Forces is the President of Sri Lanka, who heads the National Security Council through the Ministry of Defence, which is the highest level of military command and procurement for the armed forces. Operations of the Sri Lanka Navy are coordinated with the other armed forces by the Joint Operations Command.

The Navy has seven commands known as Naval Area Commands, each under the control of a flag officer for effective command and administrative control. This is in order to efficiently maintain all ships, crafts and vehicles; and to ensure the operational readiness of commands and units each area shall have its own harbour/ base, repair and refitting facilities, signal centres, logistic, civil engineering and medical facilities.

The Sri Lanka Navy made an admirable contribution to eradicate terrorism which scourged the country and its community for nearly three decades. Whatever the experience gained during the years of engagement pushed the Navy to the limit and made its men real hard taskmasters. In the aftermath of the hostilities in the country, the Navy’s role has broadened on an unprecedented scale as the organisation accelerated the number of welfare measures for naval personnel who were killed, wounded and missing in action and their beloved family members. Apart from that, as a force that is highly recognised and most sought in the country, the Navy is engaged in multifarious developmental projects of the Government, deploying the organisation’s skilled manpower for the benefit of the country.

The Sri Lanka Navy, through its routine sea patrols, renders an invaluable service to combat illegal activities including; human smuggling, drug trafficking, arms trafficking, illegal trade and illegal fishing, taking place in the IOR. These sea patrols conducted by the Sri Lanka Navy during the past years reaped the rewards of all their hard work in terms of busting a number of illegal acts.

The interest of the Sri Lanka Navy to provide a common platform for stakeholders of national and international repute to discuss and deliberate maritime-related issues, is amply exhibited in organising conferences such as the Galle Dialogue in 2010. This also provides an opportunity to share information related to illegal activities across the region through maritime cooperation.

Deviating from their destined roles when needed, these special units are one of the first responders in the country who step forward during natural disaster emergencies. In view of responding to natural disasters, the Sri Lanka Navy established its first Disaster Response Unit in Welisara and the Sri Lanka Navy’s Rapid Response Rescue and Relief Unit was also set up to assist displaced communities during flood and landslide hazards.

Meanwhile, the Navy divers belonging to the Diving and Salvage Unit perform diving expeditions within the Navy and externally as and when their service is felt the most. In response to distress calls communicated by the Sri Lanka Police, the Navy divers never late a moment to spring into action round the clock, in search of missing persons drowned in watery graves.

The Welfare Unit of the Sri Lanka Navy, in close coordination with the Ranaviruseva Authority plays a commendable role to realize the lifelong dream, a shelter over the head, of naval War Heroes who made the supreme sacrifice for the motherland and those who became disabled in the battlefield. Welfare initiatives mooted in this regard would invariably incentivize the naval personnel in service as well and the Navy has also offered wide-ranging amenities to improve the working environment of its men, both qualitatively and quantitatively.

The Sri Lanka Navy allows officers and sailors who possess athletic skills to compete at the national and international level in team or individual sports and provides them with all modern sports facilities to excel in their respective events to bring credit to the Navy as well as the motherland. Besides, there are ample opportunities on offer for naval personnel who outshine in different branches to claim local and foreign training for their personal betterment and in a broader sense to fetch much-needed contemporary knowledge into the naval family.

Having realized the value of pre-school education, the Sri Lanka Navy Seva Vanitha Unit makes valiant effort to develop cognitive, social, emotional, cultural and physical skills of nursery children, preparing them for further studies. Going a further step ahead, the Navy has also introduced a bunch of programmes and incentives for the children of naval families who exhibit academic excellence in the Grade five Scholarship Examination, and GCE O/L and GCE A/L examinations.

The Navy Research and Development Unit, in coordination with the Presidential Tasks Force on Prevention of Chronic Kidney Disease, has thus far produced and installed 690 Reverse Osmosis plants in many parts of the county, serving poor communities with safe drinking water.

Navy Commander Vice Admiral Piyal De Silva declared the Naval Dockyard, Trincomalee, as a Domain of Green and Blue which is supposed to exploit as an exclusive area to practice the Green-Blue concept in view of protecting and conserving the environment of both ocean and land for the wellbeing of the future generation. This Green and Blue concept is an imaginative foresight of the Navy Commander and this is the pilot project carried out by the Sri Lanka Navy supported by a number of similar activities conducted in other naval bases islandwide.The Sri Lanka Navy, which is also known as the “Golden Fence around the Country”, under able leadership and guidance of the Navy Commander is sailing gracefully into the future, while honing its competencies and managing existing resources in order to serve the motherland and its people.

The Sri Lanka Navy is tremendously proud of the honourable service it has been rendering over the last 69 years in different capacities and it is truly determined to extend the unsullied contribution in years to come for the betterment of the motherland and all Sri Lankans. To mark its 69th anniversary, several programmes have been organized over the last few days, giving priority to religious, social welfare and naval traditions, under the guidance and leadership of Navy Commander Vice Admiral Piyal De Silva. Further, the Navy with great pride and dignity commemorates all the War Heroes who sacrificed their lives for the motherland and those who were disabled during the 69-year long journey of the Navy.