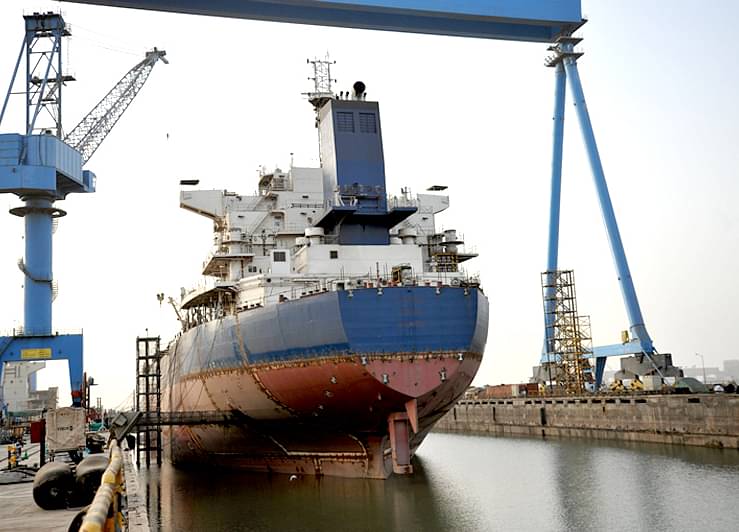 Shipbuilders including Reliance Naval saved from IBC clutches. United Shipbuilding, Chowgule among suitors for the firm being sold under IBC

The deadline for filing the EoI ended on Friday.

RNaval, which holds a permit from the government to build warships, is being sold under the Insolvency and Bankruptcy Code (IBC) to recover unpaid dues of ₹43,587 crore. Of this, the resolution professional (RP) has admitted ₹10,878 crore of dues of financial creditors while another ₹32,693 crore is under verification.

Operational creditors have claimed another ₹1,922 crore from the company, of which only ₹485 crore has so far been admitted.

United Shipbuilding Corporation (USC) is the top contender. It is the largest in Russia with 40 yards. USC’s design offices are responsible for almost all warships that are built and developed for the Russian Navy and foreign customers.

APM Terminals Management BV, the container terminal operating unit of Danish shipping conglomerate AP Moller Maersk Group A/S, is a surprise contender. It runs a port at Pipavav, adjacent to the yard. Port industry sources said that its interest in the yard could be with the aim of expanding the port by converting the yard, if it becomes the successful resolution applicant.

Chowgule Group runs two shipyards in Goa and a ship repair facility in Maharashtra. Hazel Mercantile is a unit of the Veritas Group.

RNaval has become attractive to bidders after the government announced a ban on import of 101 weapons and military platforms by 2024 to boost local defence production.