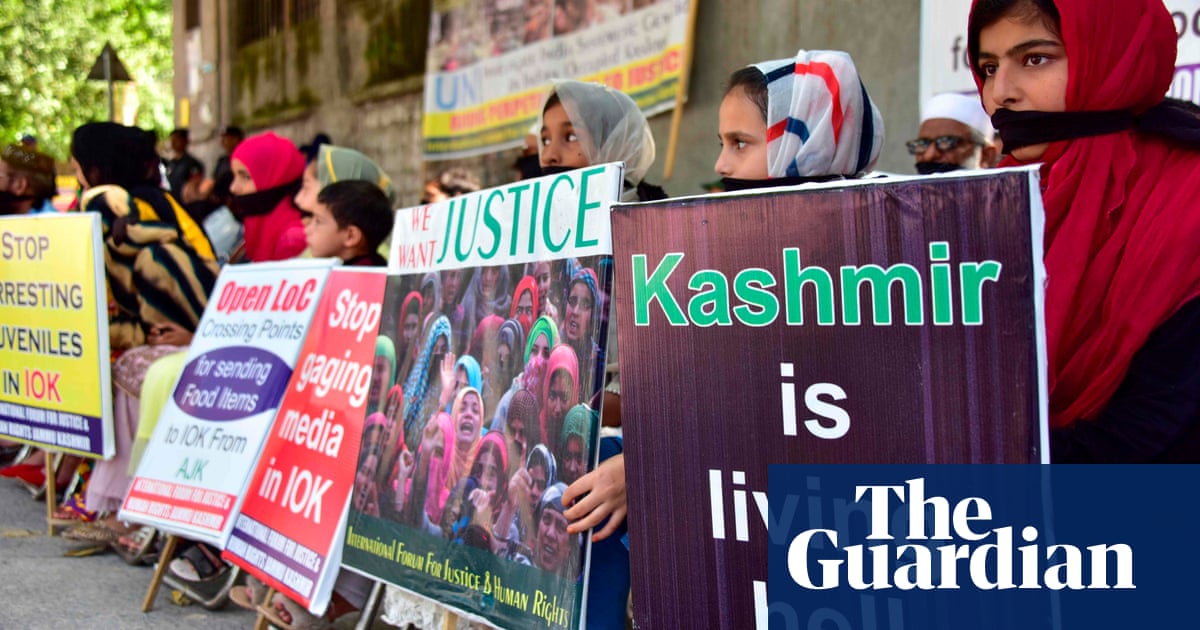 Bangladesh Prime Minister Sheikh Hasina refused to make any comment on Kashmir, indicating her support for the actions of Government of India within its own Country. When confronted with a direct question from an audience member at the Council on Foreign Relations on why the Islamic world had not raised the issues of Kashmir and the Rohingya refugees more forcefully as a collective, Ms. Hasina said it was because the OIC is “not united” and there are differences between countries that have “more resources” and those who have less. “All these issues must be resolved by dialogue,” she said.

As expected Turkey which has been butchering Kurds for last 75 years sided with Pakistan, as birds of same feather flock together. Thus Turkish President Recep Tayyip Erdogan, became the only leader to raise Kashmir at the UN thus far and said Kashmir remains “besieged and eight million people are stuck in Kashmir despite resolutions adopted by the UN Security Council”, stressed that the only solution for the “Kashmiri people” was through dialogue. Before raising such issues Erdogan must first vacate the Kurdish areas which Turkey has forcibly occupied. Thereafter he needs to advice Pakistan to vacate POK to comply with UN resolution. Then all can sit together and find out ways and means to eradicate terrorism.

Calling on India to “rescind” its actions revoking Article 370 in Jammu and Kashmir, Turkey joined Pakistan, Azerbaijan and Niger to issue a statement on behalf of the Organisation of Islamic Cooperation (OIC) Kashmir contact group, criticising the government’s actions there.

The statement issued on September 25 was after a ministerial meeting on the sidelines of the UNGA as it had no taker at the UN.

The isolated group asked the government of India to “rescind its unilateral illegal actions and reiterate its commitment to abide by the relevant UN Security Council Resolutions, provide assurances that it will not change the occupied territory’s demographic composition and not allow non-Kashmiris to acquire property or residency in [J&K]… halt its human rights violations… repeal its draconian emergency laws, and withdraw its heavy military presence”.

The MEA very rightly did not respond to the statement from this organisation, but has routinely dismissed any comments on what it considers India’s “internal matter”. Speaking at the Council on Foreign Relations on September 25, External Affairs Minister S. Jaishankar also pointed to the fact that several major Muslim community groups including the Jamaat ulema-e-Hind had backed the government’s moves in Kashmir.

“I would not agree that the Kashmir issue should be seen through a communal lens,” Mr. Jaishankar said in response to a question. “In terms of how the State and the (BJP) approaches this issue….today, if there is one area we have visibly good relations, particularly in the last five years, it would be in the Gulf….and you know what the dominant faith in the Gulf is,” he added.

In fact, this statement is one of very few at the United Nations that have been critical of India’s actions, even though Pakistan Prime Minister Imran Khan and Foreign Minister Shah Mehmood Qureshi made the situation in Kashmir their single talking point at dozens of bilateral and multilateral meetings.

At a press conference on Tuesday, Mr. Khan told journalists that he was “disappointed by the international community,” as they have not accepted Pakistan’s concerns. “There is no pressure on Narendra Modi to lift the siege,” Mr. Khan added at a press conference where most of his comments were restricted to events in Jammu and Kashmir.

Mr. Khan’s speech at the UNGA on Friday, which will follow shortly after Prime Minister Narendra Modi’s speech is also expected to focus mainly on the Kashmir issue.