After a Big Failure Chinese Trying Out Again For A Mars Mission This year, NASA, and UAE Also In Fray 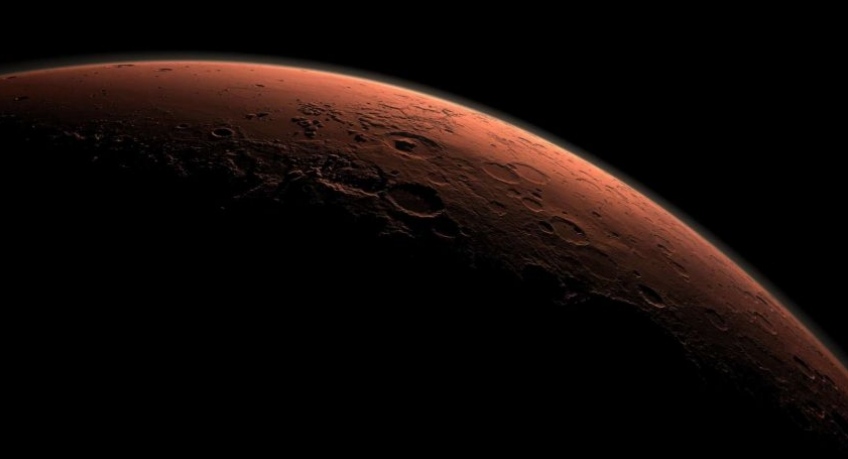 Till date there have been 28 success missions to Planet Mangal or Mars.

The first Fly by mission to Mars was launched in October 1960 by Soviet Union which was a failure. They could succeed only in their tenth attempt when in Nov71, an orbiter entered Mars orbit and operated for 362 orbits.

The next attempt of Soviet Union was again a failure but their 12th attempt was a success, when on 2 December MARS 3 went into orbit and did 20 orbits during which it sent the first Lander which successfully soft landed on Mars but could operate only for 14 seconds before loosing contact. After this Soviet Union / Russia had 9 failures, the last one in Nov1996.

The USA had a success in its second attempt when Mariner4 had a successful fly by in Jul1965.NASA had two more successful Fly by in 1964 and 1969. However their orbiter mission failed in May 1971.The next attempt was a success when Mariner 9 went into orbit on 14 Nov 1971 and deactivated after 516 days in orbit.

After a long gap NASA launched a mission in 1992 which was a failure but in Nov 1996 a mission placed an orbiter around Mars and it operated for 7 years. Next was a lander mission which soft landed on 4Jul 1997 but lost contact on 27 sep 1997. Then in 1997, NASA landed the first Rover on any other planted and it operated for Mars 84 days.

A Jul 1998 Japanese mission to Mars was a failure as it ran out of fuel enroute.

An orbiter mission launched by China in Nov 2011 was a failure.

On 24 Sep 2014, the Indian ISRO gate crashed into this exclusive club.Its orbiter named MANGALYAN is still in orbit and its mission life has been extended till end of this year.

July is the month for missions to Mars, because between mid-July and mid-August Earth and Mars are in a position relative to each other to allow the shortest possible trip. So three new spacecraft — from NASA, China and the United Arab Emirates — are due to lift off in July to planet Mangal. They should reach there early next year.

In case successful the Chinese satellite and the UAE mission will be joining the operational Indian Mangalyan and those of USA and European Union in orbit which are still operational..

Each of these missions have been tasked to look at questions that no other spacecraft has answered before as the race to find evidence of past life on Mars heats up.

The entry of China and the UAE into Mars exploration, a field that has so far been dominated by the US and Russia and a successful Indian and European Union missions, will benefit future missions to the Red Planet,

“The more nations entering [deep space exploration] increases the chance of success… and builds up the library of proven engineering heritage.”

Along with new science, these nations are also testing different types of technologies.

Perseverance has been tasked with finding evidence of past life

If it survives the landing it will be the United States’ 10th successful attempt to put a robot on Mars since 1975, and will join the Curiosity rovery and Mars Insight probe.

Perseverance is the first rover ever tasked with finding evidence of past life on Mars, said Abigail Allwood, an Australian geologist at NASA’s Jet Propulsion Laboratory who is in charge of PIXL, one of the seven instruments onboard the rover. Previous missions have been looking for evidence of water and evidence of habitability.

The rover, which looks almost identical to Curiosity except for its wheels, will descend towards Mars using the same ‘seven minutes of terror’ technique as its predecessor albeit using new terrain technology to help guide its landing.
All going well, it will touch down in an old lake bed known as Jezero Crater.

The Mars 2020 mission will land in an area known as Jezero Crater.

The rover is kitted out with several tools that will investigate the geology of the landform in minute detail, and use a drill to collect sediment samples to be returned to Earth for analysis in 2026.

The Mars 2020 mission will also be the first mission to attempt test flights of a small unmanned helicopter called Ingenuity.

The helicopter, which is strapped to the bottom of the rover, will be released once the rover lands. 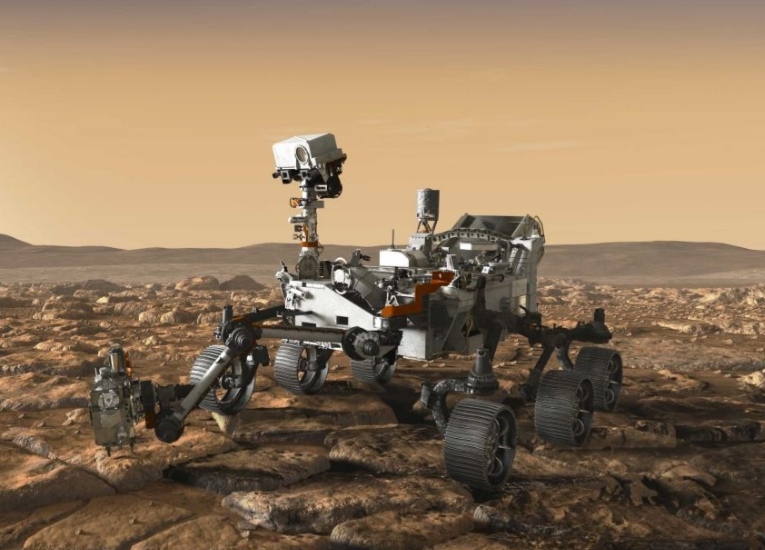 The Perseverance rover will also be doing some of the groundwork for setting up a base.

Onboard are tools that will test a method of extracting oxygen from the atmosphere (which is 96 per cent carbon dioxide), identify resources such as subsurface water and minerals, and gather more data on dust storms and weather conditions.

The mission is currently slated to launch around July 30.

Called Tianwen-1 — which means Heavenly Questions — it is the nation’s second attempt to send a mission to the Red Planet.. China’s first mission, the ‘Yinghuo-1’ Mars orbiter, was lost in 2012 when the Russian space agency spacecraft it was piggybacking a ride on failed and crashed back to Earth.

But now, China is using its own technologies that have been successfully used in its space program, including two Moon landings.

It will use parachutes developed for its Shenzhou crewed spaceflight program, and propulsion and autonomous guidance systems and designs used in its Chang’e-3 and Chang’e-4 moon landers.

If the spacecraft reaches Mars and touches down, China will become the third country to land on the Red Planet.. Probably it wants to claim this position before India. 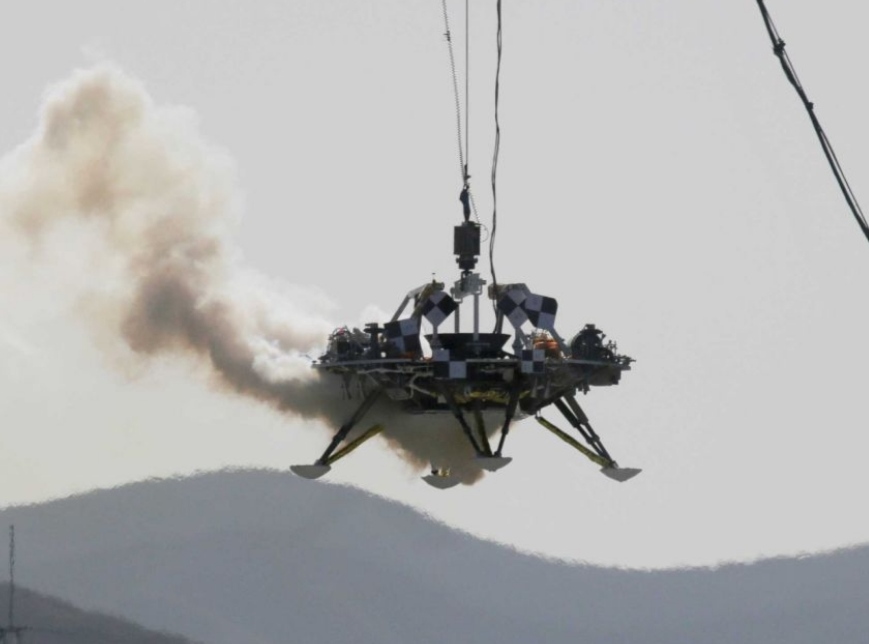 The failure rate for Mars missions is around 50 per cent, so to try to combine [the orbiter/lander/rover] for your first attempt at a [solo] interplanetary mission is very challenging.

Landing on Mars is a lot more challenging than landing on the Moon.

The Red Planet has a thin atmosphere, which heats up the spacecraft but doesn’t slow it down very effectively, so the timing of parachutes and rockets is critical.

Although the exact landing site of the Chinese mission has not been revealed, it is likely to be somewhere in an area known as Utopia Planitia.

The location is also good for the operation of the mission’s solar powered rover.

Another potential touchdown area is Chryse Planitia, close to the landing sites of NASA’S Viking 1 and Pathfinder.

Like the new NASA mission, Tianwen-1 plans to explore the Red Planet’s atmosphere, use ground-penetrating radar to peer below the surface, and look for evidence of past life.

But before even attempting a complex landing, the spacecraft must actually reach Mars

To do this, China is using its biggest rocket: the Long March 5. After one semi-successful flight and a failure, the rocket finally put a satellite into geostationary orbit late last year. 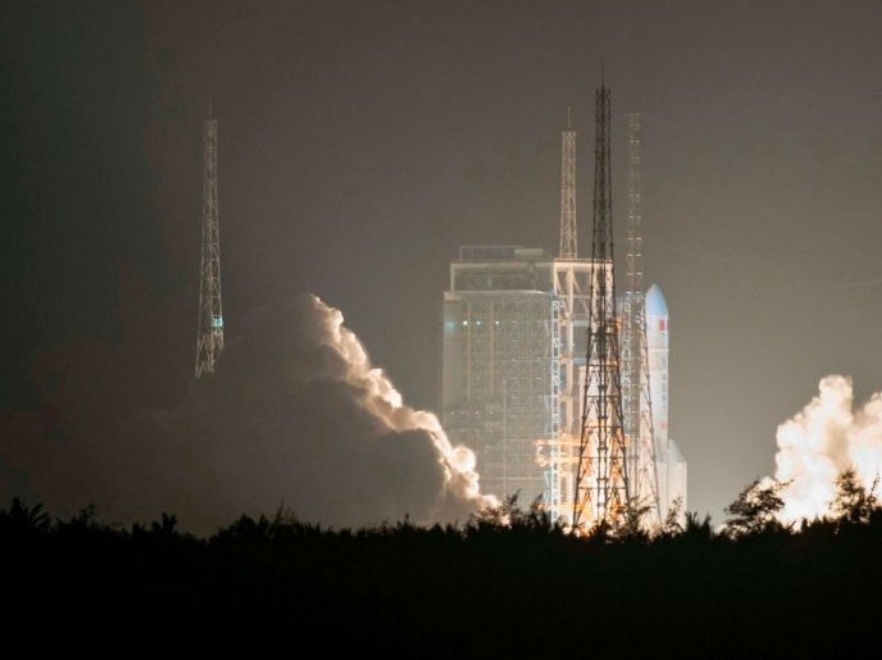 China’s Long March 5 rocket successfully put a satellite into orbit on its third attempt in 2019.

But the launch of the Tianwen-1 mission will be the first attempt at getting the rocket into an orbit that will put a spacecraft on a path to Mars.

Meanwhile, the United Arab Emirates is planning to become the first Arab nation to send a spacecraft to the planet.

If it is successful, the ‘Al Amal’ or ‘Hope’ spacecraft will join six other orbiters from the US, Europe and India currently surveying Mars from orbit.

Timed to arrive 50 years after the UAE was founded, it is also carrying the aspirations of its nation and Arab and Islamic science.

“The UAE is small compared to those other nations but they are putting so many resources into their space programs and they’ve made it really clear that these are priorities for them,” Dr Gorman said. 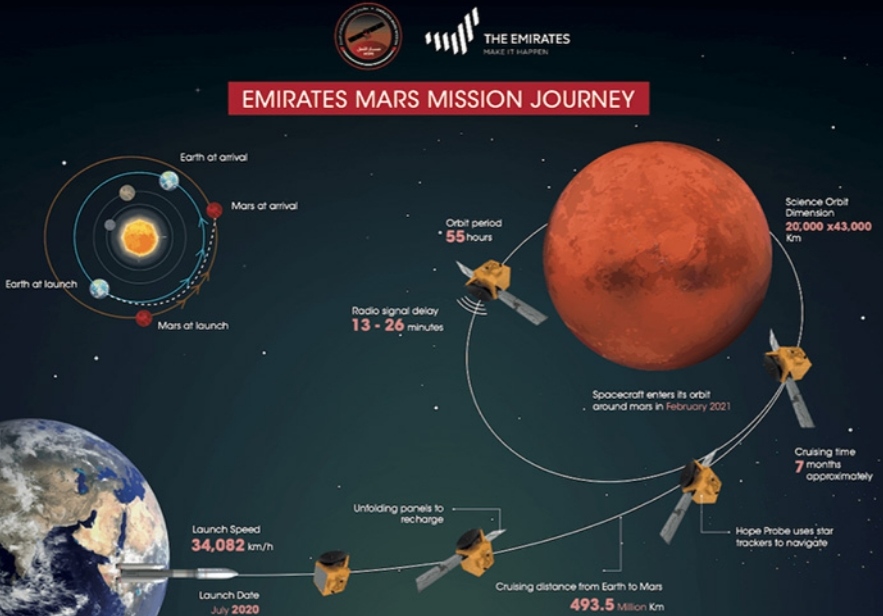 About the size of a small car flanked by two solar panels, the hexagonal-shaped orbiter is on a two-year mission to explore the Red Planet’s upper and lower atmosphere and weather.

Kitted out with three scientific instruments, it hopes to answer questions about why the Red Planet is losing its upper atmosphere to space, and to create a global picture of how the Martian atmosphere changes from day to day and season to season.
The spacecraft will be launched from Tanegashima, a remote Japanese island.

The original launch date of July 15 (AEST) has been pushed back to July 17 (AEST) according to latest reports from the UAE space agency.

Once it separates from its rocket, the spacecraft will rely on star-tracker sensors, which recognise constellations, to guide it to Mars.

The Mars 2020 mission plans to touch down on February 18, while the Chinese Tianwen-1 mission will survey the Red Planet using a high-res camera onboard the orbiter before selecting a landing site in April.

But if the missions miss the launch window, they will not be able to fly for another two years when Earth and Mars are aligned again.

NASA’s Mars 2020 mission has already been delayed twice. Originally it was planned to lift off around July 17, but with a current launch date of at least July 30 it has used up half the window. 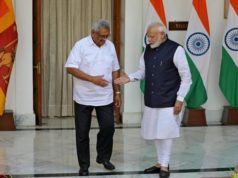 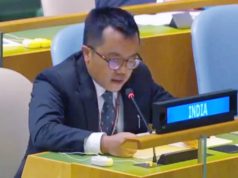