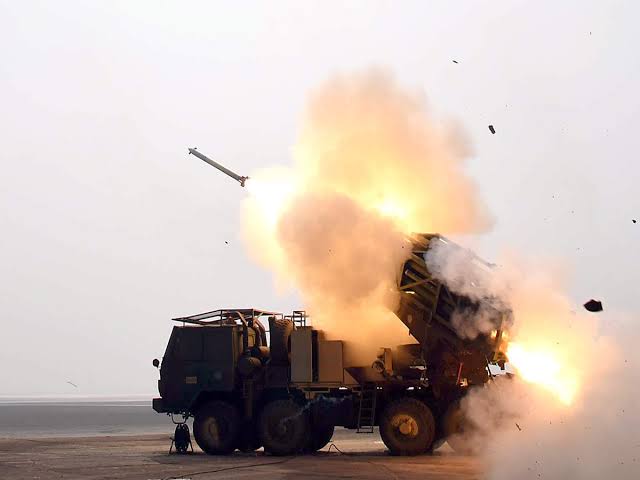 Earlier in 2014 the Army had announced the raising its six regiments of Pinaka. Next there was the successful test of Enhanced Pinaka Mk-1 last week or rightfully PINAKA MK2. Now further development of Pinaka rocket systems has taken place with more upgrades.

Now, the development of the Guided version of Pinaka, with almost double the original range, is nearing completion, said an official of the Defence Research and Development Organisation (DRDO). This should aptly be the Mk3 version.

In the conventional battle space, long-range artillery systems like Pinaka are used for attacking adversary targets prior to close-quarter battles, which involve smaller-range artillery, armoured elements and the infantry.

The Pinaka, which is primarily a multi-barrel rocket system (MBRL) system, can fire a salvo of 12 rockets over a period of 44 seconds. One battery of Pinaka system consists of six launch vehicles, accompanied by the loader system, radar and links with network-based systems, and a command post. One battery can neutralise an area of one km by one km.

The DRDO started developing Pinaka in the late 1980s, as an alternative the multi-barrel rocket launching systems of Russian make, called the ‘Grad’ and ‘Smerch’, which are still in use. After successful tests of Pinaka Mark-1 in the late 1990s, it was successfully used during the 1999 Kargil war. Over the next few years, multiple regiments of the system came up along India’s border areas with China and Pakistan.

In the last week of August, in a step towards enhancing long-range artillery capabilities, the MoD announced acquisition of six Pinaka Regiments for the Regiment of Artillery of the Indian Army at an approximate cost of Rs 2,580 crore. At the time, the acquisition wing of MoD signed contracts with public sector entity Bharat Earth Movers Ltd and private players Tata Power Company Ltd (TPCL) and Larsen & Toubro (L&T).

These six Pinaka regiments, whose induction has been completed long back would eventually comprise 114 launchers with Automated Gun Aiming and Positioning System (AGAPS) and 45 Command Posts, to be procured from TPCL and L&T, and 330 vehicles, to be procured from BEML. These six Pinaka Regiments will be operationalised along the northern and eastern Borders of our country.

In the last week of September, the Authority Holding Sealed Particulars (AHSP) of Pinaka rocket system were handed over by the DRDO to the Directorate General of Quality Assurance (DGQA) of the MoD. The AHSP transfer marks successful streamlining of production processes of Pinaka rockets, its launchers, battery command posts, loader-cum-replenishment and replenishment vehicles, as well as successful establishment of Quality Assurance processes.

While these developments were about the Pinaka Mk-1, which has a range of 38 km, the DRDO has also developed an enhanced version of Mark-1, tested on Wednesday, which has a range of 45 km and some key additional features. These rockets have been manufactured by M/s Economic Explosives Limited, a private sector entity based in Nagpur, to whom the technology has been transferred.

DRDO has also developed and successfully tested Mk-II of the Pinaka, which has a range of around 60 km. While the Guided Pinaka system has a range of 75 km and has integrated navigation, control and guidance system to improve the end accuracy and enhance the range. 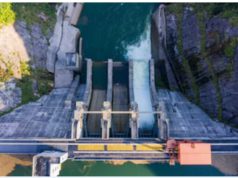 China To Build Major Dam On Brahmaputra That Could Impact India : Report