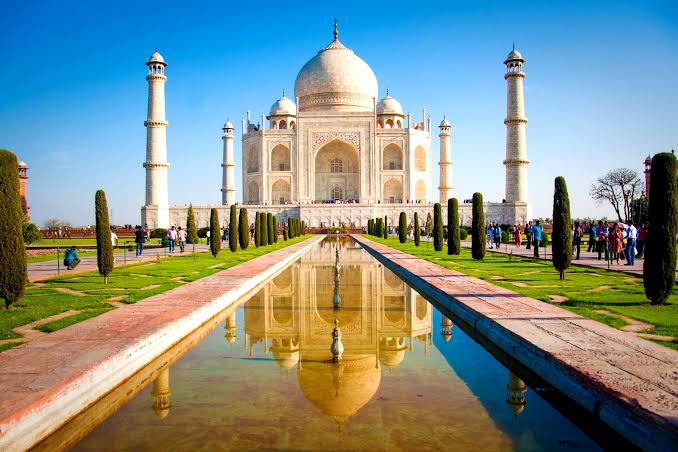 Agra has ranked 4th among the 100 smart cities in India. Union Urban Development Secretary DS Mishra said it was a matter of pride for the people of Agra.

With development work in full swing, Agra’s tourist zone is finally starting to look like a world-class locality, earning the city fourth place in 100 Smart Cities of India.

Arriving in Agra to survey the development of the city under the Smart City project, Union Urban Development Secretary DS Mishra said it was a matter of pride for the people of Agra that the city ranks fourth among 100 smart cities in India.

Mishra, who has also served as the District Magistrate of Agra in the early 90s and was the brain behind the ‘Clean Agra Green Agra’ campaign, said it was the effort of the government that not just the Agra city, but the entire Agra division becomes smart.

The Agra Divisional Commissioner has been asked to submit suggestions regarding this, so that not just Agra, but Mathura, Firozabad, and Mainpuri districts are also developed on the same lines.

He said that 75 per cent of the funds allotted for the Agra Smart City project have been used up. Now the requirement was for public participation in this project by maintaining cleanliness and protecting the public property from vandalism.

Mishra said the work for sewer lines, water pipelines, and parks under the AMRIT project is underway in Agra. 24 parks have been beautified, 43 thousand houses have been made. 1,200 houses in Naraich area are being evaluated for construction flaws and could be used after the flaws are eliminated.

Inaugurating the ‘Spot Fine’ machines provided by Axis Bank at the Integrated Command and Control Center, Mishra said that now the Municipal Corporation could fine litterers and garbage burners on the spot.

A Capital Asset Management Project was also launched to monitor the construction activities in the city. All payments will be made digitally and the vehicles of the municipal corporation will be monitored online using a Vehicle Management System.

He said that a Metro New Train project is being launched very soon by the central government, which will cost just Rs. 50-60 crores per km to launch. This train will be operated in small towns and rural areas. The Railway Board has given its approval regarding this.

He also said a total of 18,700-km metro train tracks have been laid in India so far. Around 85 lakh people are traveling every day on these trains. Metro projects are ongoing in 27 cities including Agra, where 6 metro stations will start working within 24 months and metro train tracks will be laid for 7 km between these stations.

By December 2022, all construction work of the metro will be completed in Agra with 32 km of track, and by 2025, metro services will be completely active in the city. CM Yogi Adityanath will soon lay the keystone for this project. Tenders for 3 stations and 4 km of tracks have been allotted.

He said the Smart Health Center in Agra is working efficiently and 700 different investigations can be requested here. The ranking of Agra is improving every month and at this rate, the city could rank at the top very soon.