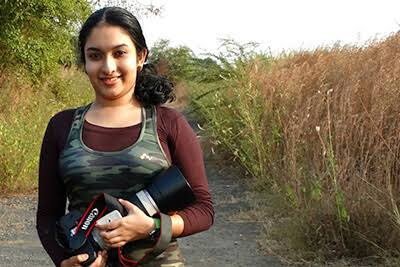 Aishwarya Sridhar, 23, has become the first Indian woman to win at the Wildlife Photographer of the Year.

The winners of the Wildlife Photographer of the Year 2020 were announced on October 13.

Sridhar’s photo is a picture of a tree illuminated with fireflies. The fireflies and stars in the sky form a surreal galaxy around the tree. It won under the Behaviour-Invertebrates category.

“After two hours of hiking, she found a tree dusted in gold from the bioluminescence of thousands of fireflies. Shooting 27 images over a 24-second exposure and combining them using focusstacking software, she highlighted the vibrancy of this scene,” the photo’s description on the website of National History Musem, who organises the competition, reads.

The invertebrate category includes stills revealing the most interesting or memorable behaviour of any of the multitude of smaller animals without a backbone, whether on land, in the air or in water. 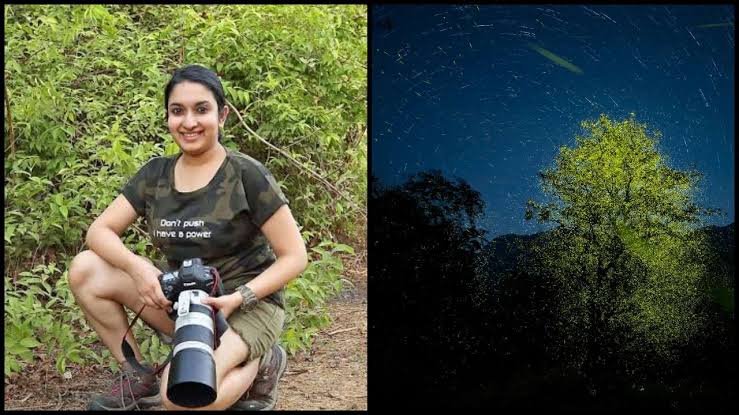 Sridhar, a wildlife photographer from Panvel, captured the photo during a trek in Bhandardara in June last year. The photo will be put on display from October 16.

“It was a dream come true when my name was announced at the virtual awards ceremony on Tuesday night,” Aishwarya told Mumbai Mirror.

“During a trek last year, I had decided to click fireflies but hadn’t planned any particular frame,” she said. “It’s a very short two-week window when one can find fireflies in this area.”

Sridhar won the Sanctuary Asia young naturalist award at the age of 14. She also won the Princess Diana award given to young talents who bring positive change with their contribution to society.