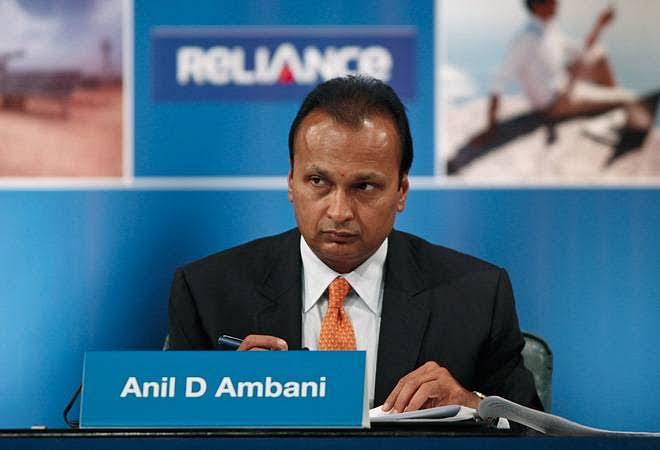 RNaval was formerly known as Pipavav Defence and Offshore Engineering Company Limited (PDOECL). After Anil Ambani acquired a majority stake from its earlier promoter, Nikhil Gandhi, the company’s name was changed to Reliance Defence and Engineering, and then to RNaval.

RNaval is under the hammer under the Insolvency and Bankruptcy Code (IBC) to recover debts that have mounted to almost ?10,000 crore. Besides USC, two large Indian companies – Chowgule and APM Terminals Management BV – were in the fray, along with a number of asset reconstruction companies. RNaval’s primary asset is the Pipavav Shipyard in Gujarat.

Most shipbuilding firms are backing away from purchasing Anil Ambani’s Reliance Naval and Engineering Ltd (RNaval), which is being sold to pay its debts.

However, Russia’s state-owned United Shipbuilding Corporation (USC) remains interested. Responding to a media report last month that said USC had opted out of the bidding process, the Russian Embassy in India clarified on Thursday: “USC have never officially indicated its refusal to participate in the tender.”

The state-owned USC is believed to be interested in buying out RNaval in order to position itself to compete for Project 75I – the Indian Navy’s project to build six submarines in India, which will be driven by air-independent propulsion (AIP). The ownership of Pipavav Shipyard would allow USC to build the six submarines itself, while claiming it had met the “Make in India”

Stating that USC had passed the accreditation procedure to obtain access to RNaval’s electronic account, the Embassy stated: “[USC] is currently conducting the due diligence of RNaval’s condition and assessing parameters of the possible investments.”

The Russian Embassy states that, owing to the Covid-19 pandemic, USC has faced difficulties in evaluating Pipavav Shipyard, since that involves direct interaction between experts from both sides. “The USC is expected to finalize its stance on further participation in the bidding procedure after completing the remote study of the documents provided by the debtor’s trustee and the field review of RNaval’s assets by the USC’s specialists,” the embassy stated today.
norms.

USC is also building four Krivak-class frigates, of which two are required to be built in India. Currently they are to be built in Goa Shipyard but that could change if USC buys RNaval and opts to build two warships in Pipavav Shipyard.

Mumbai-based Mazagon Dock Ltd (MDL) is also keen to gain access to Pipavav Shipyard, though it is not participating in the IBC process. The shipyard has a defence shipbuilding licence and world-class infrastructure, including a dry dock that can accommodate an aircraft carrier.

In September, the Ministry of Defence (MoD) scrapped RNaval’s contract to build five naval offshore patrol vessels (NOPVs), which were supposed to be delivered between November 2014 and November 2016. In 2018, after RNaval failed to deliver even the first NOPV, the navy encashed the firm’s bank guarantees.