Thousands of kilometres down South from the barren rocks of the Galwan Valley where Indian and Chinese troops have locked their horns, passes the jugular vein of the so called Chinese Dragon.

Any wrong move by the Chinese can easily lead to cutting of this jugular vain by India leading to a slow bleeding death for the dragon.

There will be total disruption of Chinese energy trade and supplies through the Indian Ocean, home to 13 per cent of world trade. More than two-thirds of the world’s oil and half of the global coal trade passes through these waters.

This reliance on maritime energy imports will prove to be the Achilles heal of the Chinese if it ever provokes India and challenges it to a fight..

Over the past decade, it Chinese maritime activities have expanded including its naval capabilities in the Indian Ocean but they stand no chance against India sitting astride the trade routes of the IOR.

Disruptions to any of these will ensure that China becomes totally disabled economically and will have no means to stamp its authority over the world.
Militarily Chinese have no means to either cause any such disruption to Indian trade or to trade of any other country except by trying it out through its nuclear powered submarines.

They cannot even try it out on the surface even in any remotest corner of the IOR. This is not Natuna sea off the Southern Coast of China where the Chinese Navy has an edge.

The IOR is dominated by an Unsinkable Super aircraft carrier INS INDIA and it is just for nothing that this Ocean has been called the Indian Ocean by all and sundry for centuries, including the dark period of British rule.

Even if India causes no actual disruption, the costs of averting one can be punitive for China as it faces acute shortage of energy just like India and both have to depend on fossil fuel.

To ensure smooth flow of its trade on the sea routes for its ships, it is well known that Beijing has begun to develop a series of ports in Indian Ocean.

However even with any military presence at Gwadar or Djibouti it cannot take on the Indian Navy and the IAF.

India too has followed suit, establishing bases in the Indian Ocean as far south as French-run Reunion island. Closer home it is has started upgrading its bases in the Southern Air Command, Southern Naval Command and the Andaman & Nicobar Tri Services Command. The Bay of Bengal is fully covered and the reach of PI8 long range maritime surveillance aircrafts is right upto Australia. The surveillance is also backed by the SU30MKI armed with 400KM BRAHMOS missiles. Sukhois have radius of action of 1500km and with one refuelling it can go to 3000km.

With all the happenings in Natuna sea, China cannot spare more than 7 to 8 Naval ships to the Indian Ocean. With these they cannot carry out any naval blockade of a Country even the smallest. Also if Chinese try it then PLAN flotilla will be sent to the bottom in minutes.

The Galwan Valley encounter lasted barely five hours but it will impact India-China relations for decades. It has begun to add to the costs for both economies. Any naval tricks by PLAN would invite severe retribution and a quick one.

The People’s Liberation Army has opened its first overseas base in Djibuti. Though it is nothing more than a refuelling base. Beijing similarly runs a commercial port at Hambantota in Sri Lanka and has its plans for a port at Kyaukpyu in Myanmar as the tip of a special economic zone. China now has three ports in the Bay including one at Payra in Bangladesh and a smaller river port near Sittwe in Myanmar.

Close to 30 per cent of India’s coal supply from eastern to western coast plies on it.A large percentage of the 244 million tonnes of annual imports from Africa and Asia feeds the power plants dotting the coasts. Trade in domestic coal from Jharkhand and Odisha to Andhra Pradesh, Tamil Nadu and Gujarat take the shipping route.

Gas exploration basins off Krishna Godavari are not only India’ most important basins, there are also plans for massive expansion of the gas grid on the eastern coast. It includes plans to import gas and trade with Bangladesh.

But if China creates any nuisance, it will get smacked by Indian Navy at the first signs of trouble. All its so calked bases will not be of any use to it. In case Chinese try to threaten any Shipping with their submarines, then these bases will get closed either by the host Countries themselves or by strikes by the IAF and Indian Navy.Dijibuti and Gwadar will not be allowed to exist.Things are very clear on the subject and then there will be no logistics available for the Chinese Submarines anywhere, not even refueling.

Apart from building up the Indian Navy, India can also plan Quad naval ties with Japan, Australia and the US in the Bay of Bengal The other is a tie-up with France.

No wonder, during the Maldives crisis, after the Dokalam, saw the PLAN flotilla tom toming its move into the Indian Ocean. Though after crossing Lombak, when it heard of the Eastern Naval Command exercising in Seas of Andaman, the flotilla turned tail and went back by Sunda Strait. 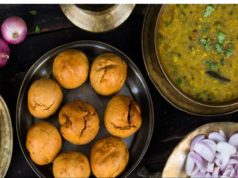 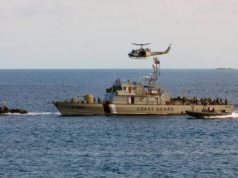