Army Along The Himalayan Stretch Needs A Reorganized Command And Control 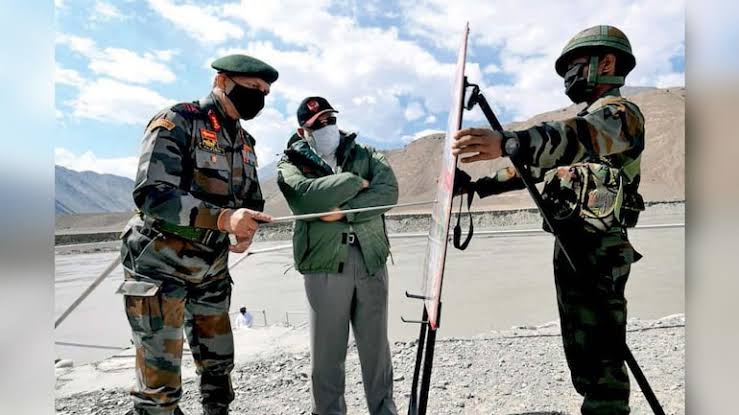 The PLA aggression in the Galwan area has shaken out the last lingering doubts regarding peaceful settlement of the LAC between India and China along the entire Indo Tibetan Border along the Himalayas. Now there is no choice left but to carry out a build up for total physical surveillance and defence of our land from any future Chinese salami slicing intrusion or an all out attack.

As brought out by a former Army Chief of India “The Chinese aggression came despite all talks of peace and tranquility. It is very important on part of both sides to settle the border issue soon as the number of friction points are increasing on the LAC and even a small spark can cause a flare-up, as unlike in the past, the Indian Army is regularly mounting patrols to earmark Indian territory and defend it to the last inch. ” 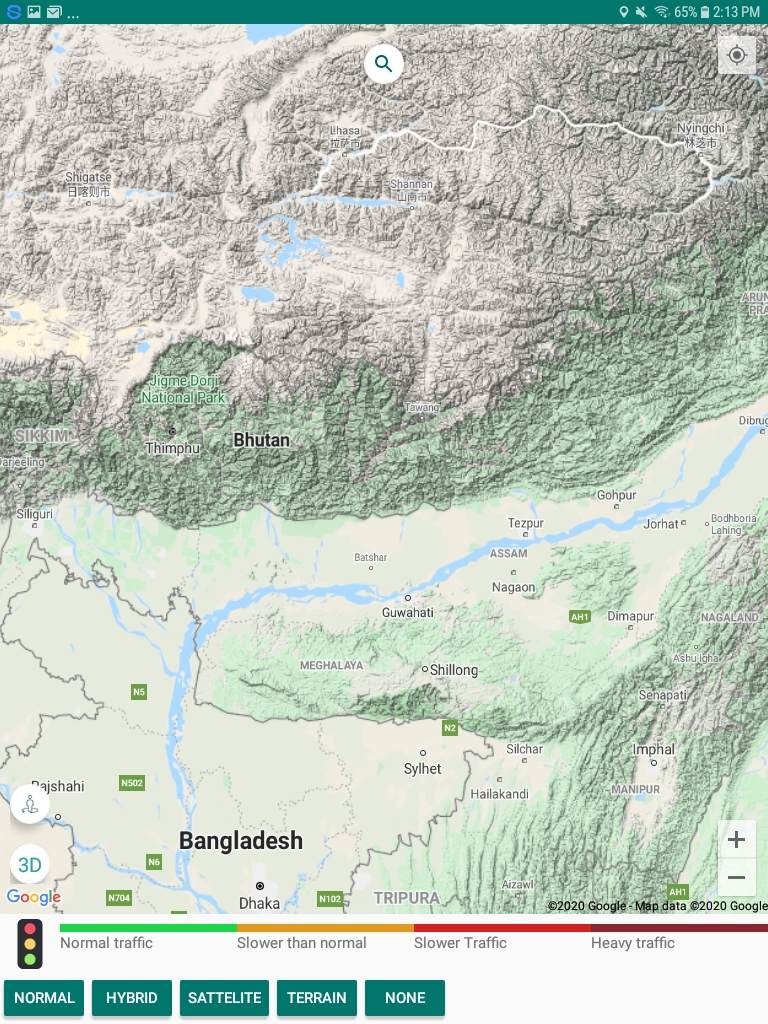 Now the entire 3488km of Indo Tibetan Border has to be kept under constant surveillance and we have to have the ability to not only defend our land but also the WILL POWER to take the battle across Tibet, deep into the Chinese heartland. History indicates that peace can prevail only when Chinese understand this.

Prior to Oct1962, there was just one infantry brigade with two regular battalions and two J& K militia battalions holding a frontage right from Chip Chap River area to the Kailash Ranges in Indus Valley area. There were a total of 77 Section and Platoon strength posts, without any mutual support or any depth areas and sited to show Indian flag without regards to military tactics. It looked as if a Policeman has been made the Army Commander. This was the result of Nehru’s Forward Policy. The HQ 114 Infantry Brigade itself was located at Leh.

In the first phase of battle between 20 Oct to 28 Oct1962, our 114 Infantry Brigade received a severe mauling but managed to withdraw in more or less a tactical manner. By 18 Nov it was holding a frontage of 40 km in Phobarang Sub Sector and Chushul Sub Sector ( up to Northern Shoulder of Spangur Gap ). Chip Chap, DBO, Galwan were all abandoned / occupied by the Chinese. In the Indus Valley Sub Sector the Chinese had withdrawn back to the Eastern Bank. 70 Infantry Brigade moved to hold this Sub Sector south of Chusul extending beyond Demchok. 163 Infantry Brigade moved in for the defence of Leh and HQ 3 Infantry Division came in existence at Leh on 26 Oct1962. Kargil Sector was again thinly held with J& K militia.

In the next phase of battle from 24 Nov to 29 Nov, the Chinese captured Rezangla and Northern Shoulder of Spangur Gap but did not proceed towards Chusul itself. 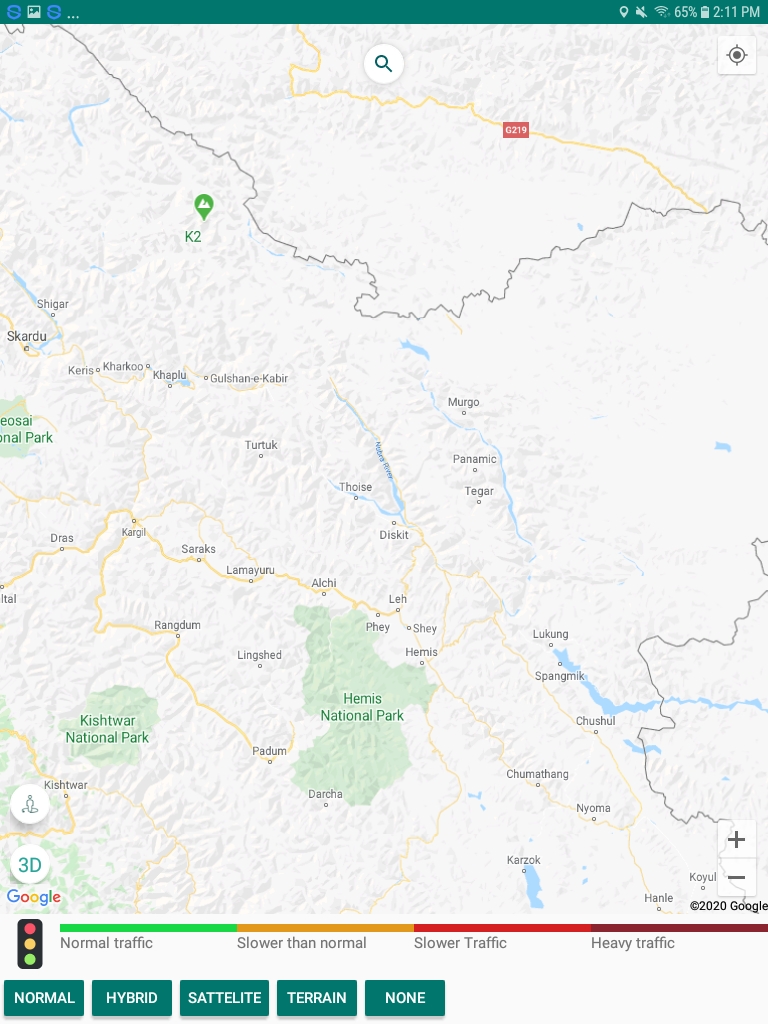 Thus it seems that the Chinese aim in Ladakh was to remove the Indian posts which they perceived were across their 1959 Claim Line. Chinese had neither aimed, nor did they have the resources to capture Leh or any sizeable chunk of territory in Ladakh. Any doubt of their was further removed by the resistance put up at Rezang La by Major Shaitan Singh and his Company of 13 Kumaon.

Even at that time Chinese had given a lot of importance to psychological aspects of warfare. Prior to actual hostilities they had ‘Armed Coexistence’, with Indian Posts and gave no indication of impending attack..

So our political leaders, diplomats, intelligence agencies and some in the the military too began to believe that the Chinese were not capable of undertaking large scale military operations nor were they inclined to do so. Though on ground all the while Chinese military preparations were proceeding at speed.

They tried something similar in 1986 but this time General Sunderji stunned them with his swift forward posture but in a manner completely different from that unmilitary thing forced upon the Indian Army between 1959 to 1962 by the likes of Nehru – Mallick Combined. Though after wards again our Lutyen people went off to sleep, smoking the peace pipe all the time with the Chinese, not caring that it was filled with Opium. 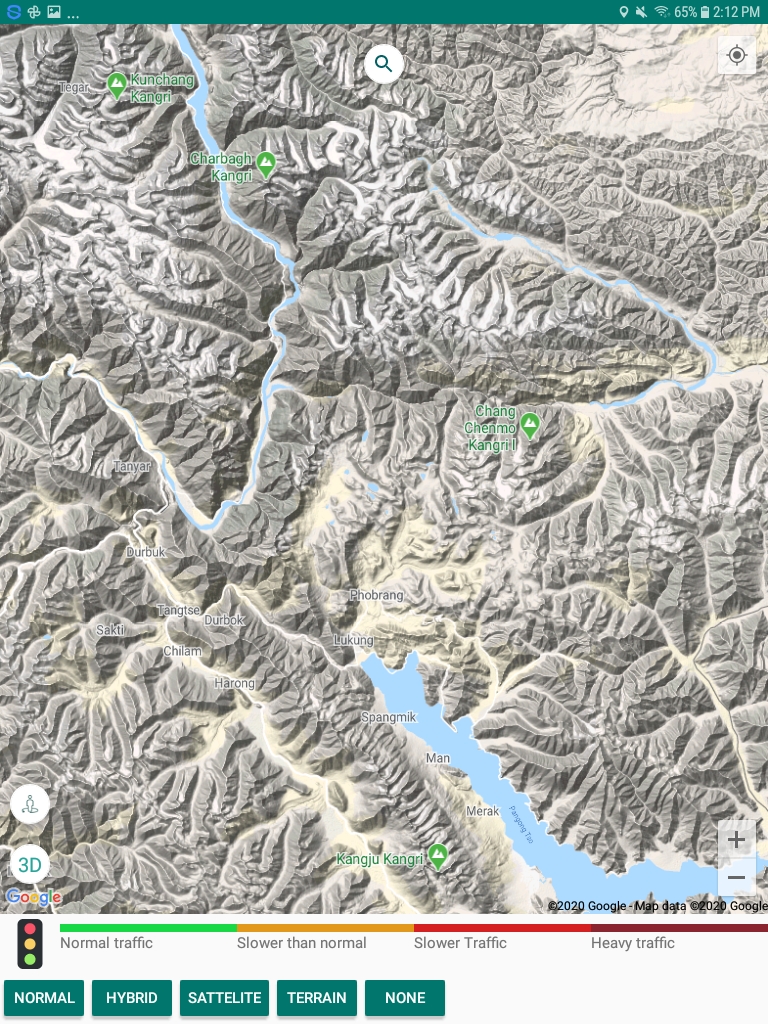 By the time I had landed in Leh for the second time in 1995 with an outfit other than SF for defence of Lukung and Chushul, things on ground were again spread very thinly both on the Chinese Front and the POK Front opposite Kargil. Everything was either for Siachen or concentrated in the Valley. No wonder with this kind of open invitation Musharraf planned a very viable operation to cut off Ladakh.

It took the jolt of the Kargil war to raise HQ 14 Corps at Leh on 1 Sep 1999 with 3 Infantry Division and 8 Mountain Division under command and much later an armoured brigade and other Corps troops were added. During Manmohan Singh’s time things were back to usual Lutyen Business, with plans hatched to even demilitarize Siachen ! All this time the Chinese were calculating and finally came up with their 2020 Claim Line with flash point at Galwan. 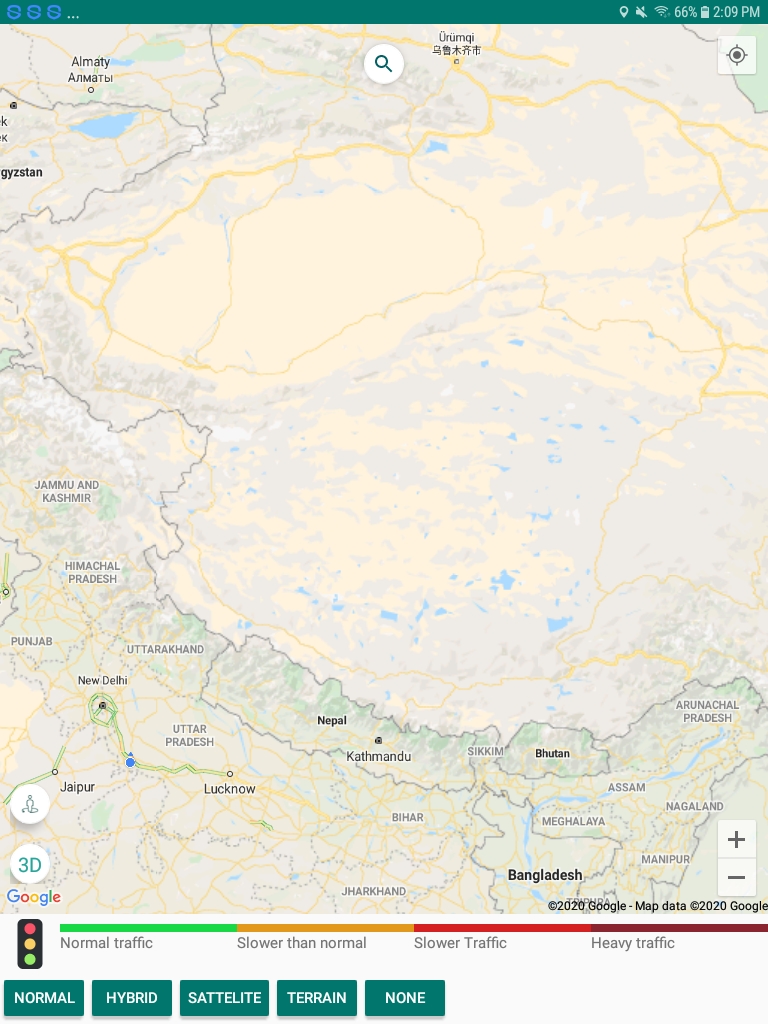 Now news reports indicate that the Indian Army has matched the Chinese PLA by inducting additional forces to the tune of three infantry divisions.

The military commanders are very clear that to stop the PLA from further nibbling of our territory, the LAC positions have to be manned and patrolled regularly. Battalion defences have to be fortified and ITBP has to establish tactically sited Border Out Posts and man them through out the year. The ITBP also has to be placed under direct command of the Army. Rather it should be turned into a full fledged Paramilitary Force on the lines of Assam Rifles. 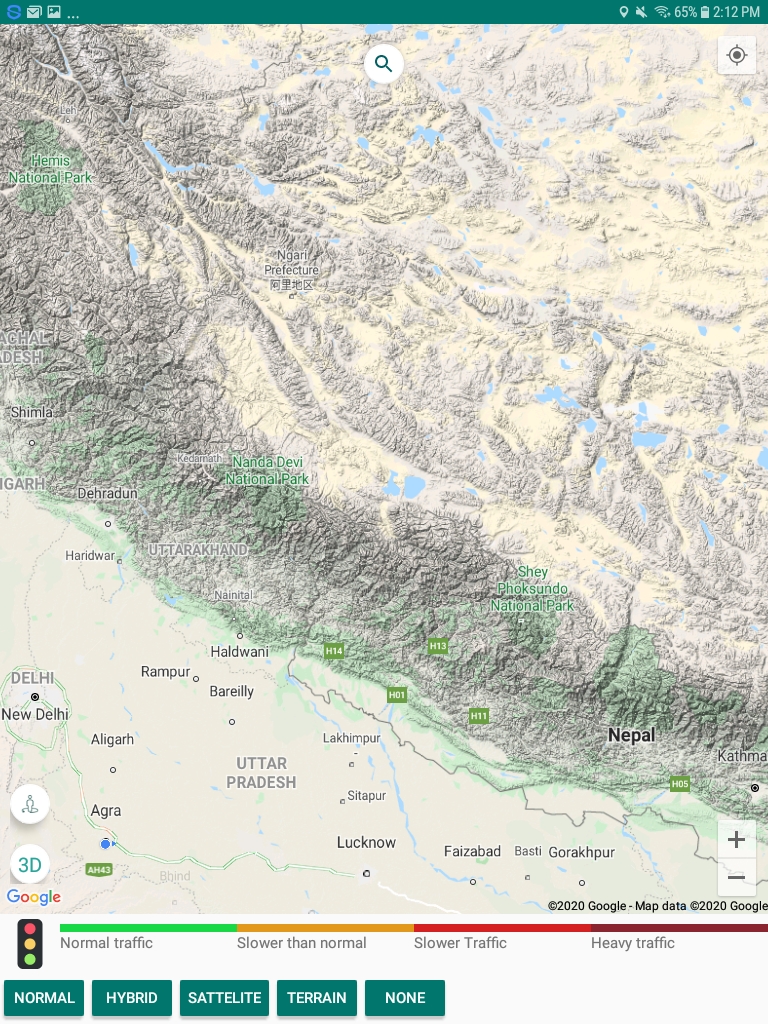 For defence of DBO – Phobrang Sector, we require one full division and similarly One division for the Chusul – Indus Valley Sector. One division is required for defence of Kargil with an independent brigade for Siachen Sector and a Corps reserve for defence of Leh itself. For taking the battle into Tibet there is already an armoured brigade but GHQ will have to provide a mountain strike division. To really instill fear into the enemy’s mind, there is also a need to raise another airborne brigade stationed permanently in Leh Sector (battalions will be rotated with the one located in the plains).

Once the above is done then things will become too unwieldy for Control to be exercised from Udhampur effectively. Thus time will be ripe to raise a new HQ Northern Command in Kashmir to take Control of both 14 Corps and 15 Corps. Things will get consolidated with completion of Zozi La tunnel ensuring round the year connectivity between Kashmir and Ladakh. 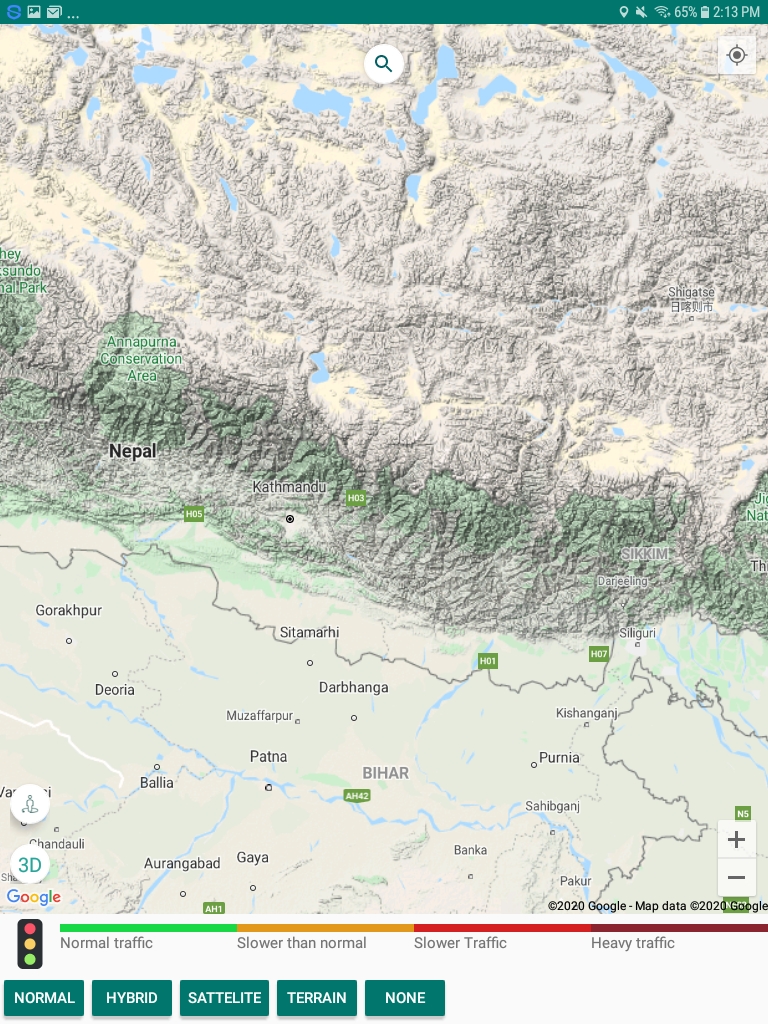 From the other side completion of Rohtang tunnel will ensure that even Manali Leh route is functional round the year. Also Jammu Baramulla rail connectivity is being awaited eagerly with completion of rail bridge near Banihal.The last frontier will be a rail route to Leh from Manali side.

The Chinese People’s Liberation Army (PLA) is already dragging its feet on restoring the status quo ante along the 1,597km Line of Actual Control (LAC) in the Ladakh sector. It again wants to take the Indian Army to “peaceful armed co existence”.

The Indian Army should never let this happen, instead it should start preparing for a long haul vigil as there can be no repeat of April 2020 Or Oct 1962 ever. In case it happens again then our destination should be Lhasa ie liberation of Tibet and full freedom for Indians to visit Kailash and Mansarovar.

Those responsible politically for defence of the country must constitute and play a solid politico military diplomatic orchestra at New Delhi for the benefit of all the capitals of the World.

After a similar review, a new North Eastern Command needs to be raised at Guwahati to take control of 3 Corps, 4 Corps, 101 Area ( to look after CI Operations ) and a new division for offensive tasks. The existing Eastern Command then concentrates on 33 Corps, 17 Mountain Strike Corps and the Bengal Area suitably beefed up. These two Army Commands, the Eastern Air Command, and the Bengal and Odisha Naval Area( hived of from Eastern Naval Command ) can constitute the Eastern Front.
Now things are coming to such a boil that we have to be prepared to defend the Indo Nepal border from a Chinese thrust through Nepal. Thus it becomes imperative that in addition to the brigade at Joshimath, two new divisions have to be raised for deployment along the Nepal border along with a third division under a Corps HQ. Only after this raising can Central Army Command breathe easy.