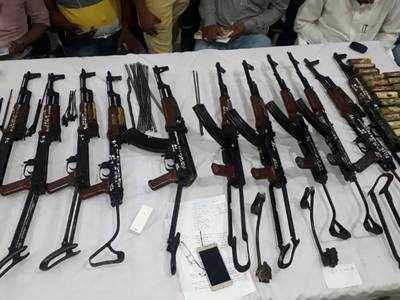 The Army and even the security forces deployed in Jammu and Kashmir have recovered more pistols than AK-47s this year. This indicates that the terrorist organisations are facing a shortage of weapons which forced them to use pistols instead of assault rifles.

Out of 190 total violent incidents, 100 have been registered due to cross-border firing. Data also shows that terrorists have also done 44 grenade attacks and 1 IED blast as well. Officials claimed that the recovery of pistols has been consistent in almost all encounters.

“Terrorists who hold senior posts in terror organizations are getting AK-47s but young and new recruits are mainly given pistols. Of late, we have noticed the use of pistols is frequent due to shortage of assault guns,” said a senior CRPF official.

An officer who is heading a unit which is responsible for anti-terror operations in J&K said that due to lack of training also, there is a rise in usage of pistols.

“Earlier, terrorists used to conduct training in areas deep inside but due to high penetration of security forces, they are unable to conduct training of assault and long-range rifles. There have been cases where terrorists were caught with pistols alive and when asked, he said that he doesn’t know how to use a pistol. There is a shortage of weapons as well lack of training due to which terrorists are using pistols frequently,” the official said.

Officials also claimed that more Chinese pistols have been recovered from the possession of terrorists eliminated by security forces– Central Reserve Police Force (CRPF) and Jammu and Kashmir police. Data also shows that terrorists who were eliminated by security forces were majorly aged between 21 and 25 years and some of them were also below 20 years.

Similarly, in the last few weeks, two Pakistani Terrorists were eliminated by security forces, while their local man surrendered during an encounter in Lalpora village of Pampore here. During the search, two AK-47 rifles and two pistols were recovered from the encounter site. 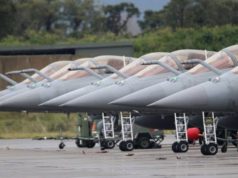 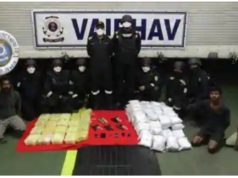