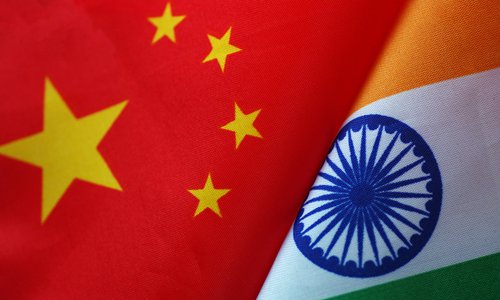 The phrase “Asian century” has been hotly debated for some time. Quite a few Asian leaders and strategists believe that the world was Europeanized in the 19th century, Americanized in the 20th century and is now being Asianized.

The India-based think tank Observer Research Foundation in August elaborated on the concept, saying the so-called Asian century “has been defined by the rise of China” and “India’s economic growth.”

As President Xi Jinping’s second informal summit with Prime Minister Narendra Modi in India approaches, relations between Beijing and New Delhi have entered another period, one of the most prominent trends of which is increased cooperation.

Chinese companies have in recent years proactively participated in India’s initiatives, such as “Make in India” and “Digital India,” expanding investment in the country’s industry parks and e-commerce, creating substantial job opportunities in India. India’s investment in China is also rising.

But for a long time, vigilance toward each other, particularly New Delhi’s distrust toward Beijing, has been holding back the two Asian giants’ economic integration. At this point, collaboration between China and India is needed more than ever.

Their bilateral cooperation is connected with their peaceful development. Take the border disputes. How to properly resolve them is testing the wisdom of Beijing and New Delhi while providing a chance for them to establish a new model for ties between major powers adjacent to one another.

Without stable cooperation between China and India, the rise of Asia will look impossible. If the two countries don’t exercise rationality in handling bilateral relations, current divergences between the two will be exploited by forces outside the region.

Collaboration between China and India also plays a significant role in the world. In February, NASA issued a report saying “the world is literally a greener place than it was 20 years ago,” and it is China and India that have prompted the change. “The effect stems mainly from ambitious tree planting programs in China and intensive agriculture in both countries,” said NASA.

It mirrors the two countries weight in the world, as reports also note that “by 2040, Asia is likely to generate more than 50 percent of world GDP, and could account for nearly 40 percent of global consumption.”

The West tends to have the misinterpretation over the Asian century as it believes it would be a China-centered century. But late Chinese leader Deng Xiaoping articulated long ago that no genuine Asian century would come without the development of China, India and other regional developing countries.

Some observers say Beijing and New Delhi “never miss an opportunity to miss an opportunity.” This might be exaggerated but makes sense. Only when the two overcome their disagreements and start sincere collaboration can they send encouraging messages over the arrival of a real Asian century.