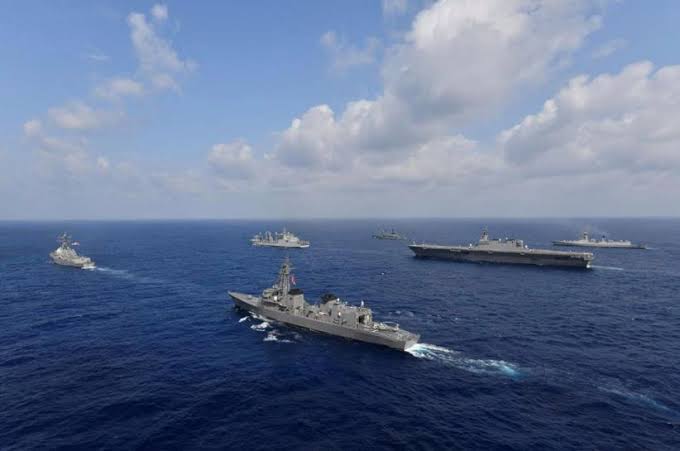 From 2017 onwards, after the revival of Quad, Australian government had requested India to rejoin the exercise

Australia should not have walked out of the Quad, and subsequently the Malabar exercises with India, but was now very happy at New Delhi’s decision to invite it to participate in this year’s naval exercises in November, Australian High Commissioner to India Barry O’Farrell said.

Referring to the his government’s decision in 2008 that it would not participate in the Quad exercises with India, Japan and the United States, he said it probably became the reason India took three years to accept Australia’s request to re-join the exercises, despite requests from 2017-2020.

“I can say that, with the benefit of hindsight, clearly that it [withdrawing from Malabar] was a mistake. I suspect earlier in the piece, that became a stumbling block, and that was not forgotten in terms of reassembling Australia as part of that exercise, Said Mr. O’Farrell.

Earlier this week, the Ministry of Defence announced that all four countries of the Quadrilateral would take part in the Malabar exercises scheduled at the end of November to be held in two phases on both sides of the Indian coastline in the Bay of Bengal and the Arabian Sea. This will be the first such exercise after India signed logistical agreements with all Quad partners, and is expected to see greater interoperability and use of common military platforms.

While Australia pulled out from the grouping a decade ago after China’s protests at the time, India’s did not take it lightly. So to invite Australia back to the exercises in the past few years also required confidence building measures from the Australian side. Australia was eager, so as not to offend China’s sensitivities over a possible “military alliance” in the Indo-Pacific ranged against it. However, experts believe that growing concerns in Australia, USA and Japan over China’s aggression in the Indo-Pacific and on the border with India have accelerated the pace of Quad cooperation this year.

Mr Barry said that “I don’t think the invitation came about because of activities over the last couple of months [at the LAC], I think it’s been the changing environment in which we live, and the recognition by countries like India and Australia, that they have to step up in the neighbourhood to deliver the sort of world we want,” he noted.

However, Mr. O’Farrell said Australia’s policy did not envision formalising the Quad in any way, contrary to statements from U.S. State department officials, who called for formalising and regularising the interactions on the platform. He said that Australia did not see the Quad, as U.S. Secretary of State Pompeo asserted, as a “tool” to counter the challenge from China’s ruling Communist Party (CCP).

“We have a positive agenda for the Quad, which is about shaping the neighbourhood in which we live, you know, a free, open and resilient Indo- Pacific, one where, you know, rules and norms apply and one where any disputes are resolved according to international law. It’s been clear in the comments of the three foreign ministers, who are three-quarters of the Quad, that whatever we develop there is intended to be shared by all countries across the Indo Pacific, so we’re not exclusivist,” he stated.

India and Australia would continue talks on a trade deal, although they would be delayed until after the 15-nation Regional Comprehensive Economic Partnership (RCEP) was completed later this year, which India refused to join. Despite several requests from RCEP countries, especially Australia, the Modi government has refused to reconsider its decision, citing worries over Chinese goods flooding the Indian market.

“RCEP will proceed. I understand and recognize and respect India’s decision, and no one is forced to sign up to the agreement. It’s no secret that Australia was keen for India to be part of it. In the meantime, Australia will continue to engage with India bilaterally on a Comprehensive Economic Cooperation Agreement (CECA),” he said.