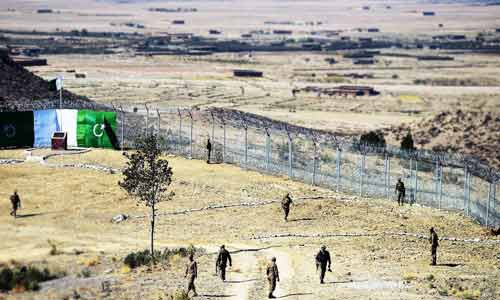 Balochistan Freedom Fighters killed 14 Pakistan Army personnel on Friday 26-July 2019. In another attack by unidentified gunmen on a Pakistan Army post, several more Pakistan Army soldiers were killed and many injured. In the Meanwhile, the strikes by Engineers, Students, Pharmacists, Medical students and others continue with no hope of resolution.

Balochistan Liberation Front spokesman Maj. Graham Baloch claimed responsibility for the deaths of 14 military personnel in Tajbahan and Jhao on Friday. Balochistan Freedom Fighters killed a policeman with a sniper rifle at a military checkpoint in Tajbahan Marzeen, Kech District.

Another attack by Pakistan Army’s Death Squads on Pakistan Army itself
According to information received from regional sources, some unidentified gunmen targeted a Pakistani Army checkpoint/post in the Saradok area near Panjgur district of Balochistan. Intense firing and explosions were heard during the attack. According to reports from regional sources, the attack was so intense that the whole area was bombarded with gunfire.

There have been reports of casualties to the Pakistani Army in the attack, but the matter has not yet been confirmed by security forces. The actual casualty figures are not available.

Our local source, on the condition of anonymity, told that this attack may have been carried by the Death Squad members themselves on the Pakistan Army.

In the meanwhile whole of Balochistan is on strike. Students, Engineers, Doctors and 2 more groups are on strike since last 2 weeks. We covered in details about the different strikes in Balochistan in our previous article “Balochistan Engineers, Medical Students, Pharmacists, Mine Workers, Teachers On Strike”

As per a local source, “Balochistan Nation has a very small population as compared to the other provinces in Pakistan. With the crowd seen at the Press Club, Quetta, you will find almost every class of people are sitting in hunger strike. Students, engineers, doctors and 2 more groups. It seems whole of Balochistan is at strike in solidarity with all the groups. Quetta has turned into a living hell. Due to protests all over the city, all the roads are blocked. All the local businesses are suffering. Quetta is totally paralyzed due to strikes and stoppage of all official work.”

Governance in Balochistan is at a lowest ebb. As per one of the source, all these issues are so simple they could be resolved in a single day. But the problem is Pakistan government doesn’t want to spend any money on Balochistan Nation. Punjabi dominated Pakistan government is already exploiting all the natural resources in Occupied Balochistan Nation. They have given mines to Chinese companies without any international tenders being floated against the loans.

Criticizing Engineers for deteriorating infrastructure hold ground only if engineers are deciding matters that are technical. But the Balochistan puppet government, gives the Engineers posts to non-technical people and take huge bribes. As a result of non-technical staff holding engineering positions, projects that could be completed in 1-2 years linger on for 10 years and still not getting completed.

“Balochistan already has plenty of engineers, most of them are flocking to other professions. What use is of a degree that cannot fetch a job. Engineers are finding themselves nowhere, bemused and confused.”

No employment for Baloch Engineers in CPEC ::

Large number of current unemployed bachelor’s degree holders in Balochistan are growing at an alarming numbers, with a yearly accumulation of more than one thousand. And there are only on average 100 job opportunities available to contest for on yearly bases. The current bankruptcy Pakistan is experiencing, the private sector is almost unable to absorb the bulging skilled youth population. China brought its own citizens for Engineering jobs.

As per an Engineer, “Pakistan Government took our lands in Balochistan and gave to Chinese companies for CPEC. We did not protest. We thought we will be given jobs in CPEC projects and our lives will prosper. However, they were the dreams sold to us.”

“China brought its own Engineers and highly skilled workers for CPEC projects and none of the Balochistan engineers were given any jobs in any of the CPEC projects. We made a mistake of believing the Pakistan Government. We lost our jobs, our lands. Now our demography is also being changed with more Chinese and Punjabis settled in our lands.”

A local source said, “Puppet Chief Minister of Occupied Balochistan, Jam Kamal criticized the Engineers for their ‘lowest level education’. One may ask why then the need was felt to expand the network of engineering institutes? All the sweet talks and thought process of Prime Minister Imran Khan in front of the world doesn’t quite align in Balochistan, and the engineering profession is no exception.”

Meanwhile, the medical students are also in the sit in protests. There was a massive protest by students at Quetta Press club on 24th July. There were videos floating on the social media by young doctors calling for a large number of people to gather at Quetta Press club for showing their support with the medical students on the strike.There is decades of political unrest. People are saying that if the lives of students is wasted despite literate, skillful and yet confused youth can be attracted to an ideology of Freedom Fighters. As per one student, “We are disenchanted with the empty promises of all political parties. Pakistan is run by the Army and the Intelligence agency ISI. Freedom fighters are correct. We need to get Freedom of Balochistan. Only then we can get justice and we can get a prosperous future. Pakistan will continue to exploit us.”

This frustration is seen among all the protesters including the Engineers, Pharmacists, medical students and all the others who are on strikes in Balochistan. This frustration is growing as each day passes. As per the student, “So far the protests have been peaceful. But now more with no future of Balochistan seen under the exploitative rule of Pakistan, more people are thinking of joining the Freedom movement of Balochistan. Azad Balochistan will fulfil our aspirations.”

“Strike down on these protests, an exercise allowed by the constitution, will do no good and further deepens the hopelessness and desperation that Engineers have already found themselves in. Azad Balochistan is the solution.”