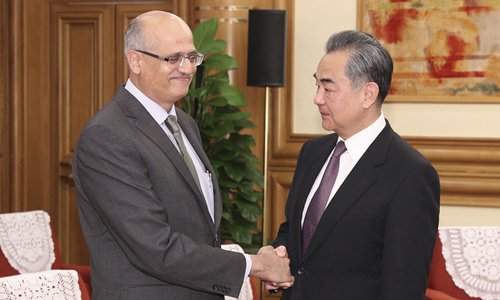 Just a day after India successfully launched its Chandrayaan-2 mission, Beijing says it is ready to team up with New Delhi to explore Earth’s natural satellite, thus offering a way to mend ties with its rival neighbor.

With China and India teaming up to explore the Chandrama it would provide an opening for the two powers to repair ties damaged during a long-running geopolitical rivalry. Both countries have unresolved border disputes that saw them engage in occasional skirmishes along their 3,500km-long frontier.

China welcomes the start of India’s flagship Chandrayaan-2 mission, Foreign Ministry spokesperson Hua Chungying told a press briefing in Beijing. “We are ready to join forces with India and other countries to carry out lunar explorations,” Chungying said, adding that it is “a shared mission of humankind” to find out more about the Chandrama and beyond.

That aside, there were other indications that the Indian launch was met with praise in China. Wu Weiren, chief of China’s lunar exploration program, wished India’s Lunar landing success “despite previous delays,” according to the Global Times.

International efforts to explore Chandrama will also motivate China to move forward, but its own space program doesn’t mean that Beijing is going to “compete with anyone over the matter,” Wu said.

On Monday, India’s second lunar mission successfully blasted off from the Sriharikota space station, garnering applause from scientists in the control room and other onlookers. The spacecraft has already entered Earth’s orbit, where it will stay for three weeks before it starts maneuvering towards the Chandrama.

If all goes as planned, India will become the fourth country to make a safe landing on the Moon’s surface. Earlier Russia, USA, Japan, India and China placed their flags on Chandrama through controlled / crash landings. So far, only the USSR, the US and China have been able to do a total soft landing. Chandrayaan-2 is set to gather data and images from the Chandrama’s little-explored South Pole.

China’s own mission, the Chang’e-4, successfully touched down in the South Pole-Aitken basin in January. It explores the region’s geology, conducts biological experiments, and captures images which are relayed back to Earth.