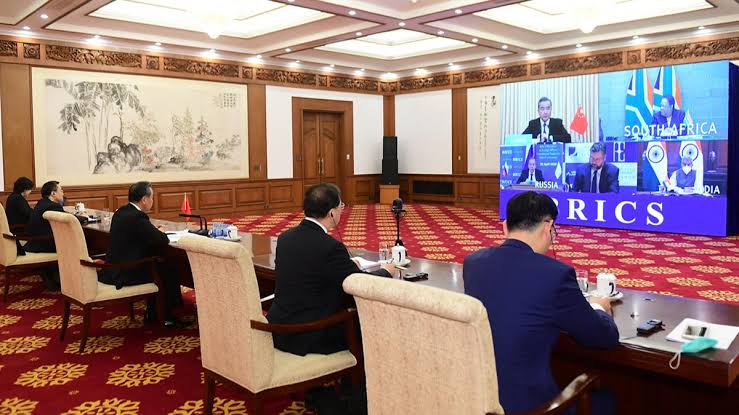 During the BRICS summit at Xiamen in September 2017 Modi and the leaders of the four other nations had agreed that the bloc would enhance its role in global health governance, especially in the context of the World Health Organization and United Nations agencies. They also agreed to ensure availability of innovative medical products through the promotion of research and development and access to affordable, quality, effective and safe drugs, vaccines, diagnostics and other medical products and technologies as well as to medical services through enhanced health systems and health financing.

India is now discussing with China, Russia, Brazil and South Africa, to set up a BRICS Vaccine Research and Development Centre, as the COVID-19 pandemic has apparently brought cooperation in the healthcare sector to the top of the agenda of the five-nation bloc.

The process to set up the BRICS Vaccine Research and Development Centre is likely to gain momentum on Tuesday, when External Affairs Minister S Jaishankar will hold a video-conference with his Russian, Chinese, Brazilian and South African counterparts. They will also discuss another proposal to hold drills, not among the armed forces of the five nations, but among the respective national agencies responsible for responding to the epidemics.

Jaishankar and the Foreign Ministers of the four other nations will also work out a BRICS strategy to respond to the huge social and economic impact of the travel and transport restrictions as well as the lockdowns imposed in most of the nations around the world to contain the COVID-19 pandemic.

It was during the BRICS summit hosted by Prime Minister Narendra Modi in Goa in October 2016 that the leaders of the five nations stressed on “cooperation in promoting research and development of medicines and diagnostic tools to end epidemics and to facilitate access to safe, effective, quality and affordable essential medicines”.

The proposal of setting up a BRICS Vaccine Research and Development Centre was mooted and endorsed in the bloc’s 10th summit in Johannesburg in South Africa in July 2018.
It, however, did not see much progress on the ground over the past couple of years.

As the COVID-19 pandemic underscored the need for stepping up international cooperation in the healthcare sector, the process of setting up the BRICS Vaccine Research and Development Centre is expected to gain momentum in the coming months, a source in New Delhi told the DH on Monday.

The BRICS Foreign Ministers are also likely to discuss during the video-conference on Tuesday preparations for the forthcoming summit, which is scheduled to be held at Saint Petersburg in Russia from July 21 to 23, but has now come under a shadow of uncertainty due to the COVID-19 crisis.

The diplomats of the five nations are also discussing the possibility of holding the summit through video-conference if the crisis continues beyond June.