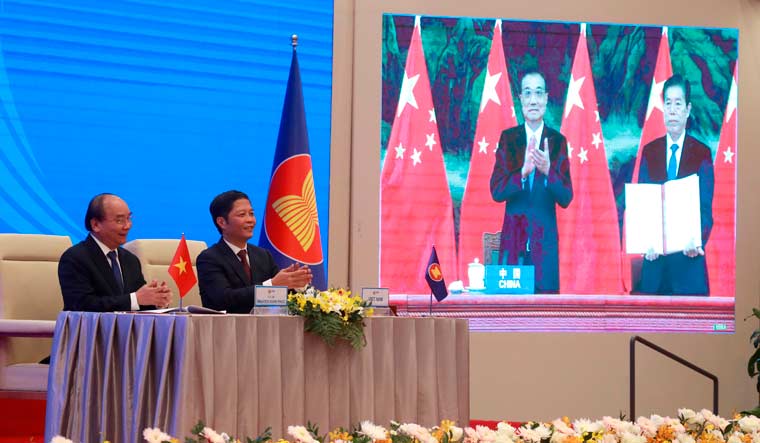 Sri Lanka is located along one of the busiest shipping routes in the world, and therefore is keen on developing the Colombo and Hambantota ports and exploit its distinct advantage of strategic location in the Indian Ocean.

So no wonder both PM and the Finance Minister Rajapaksa both emphasized on development of Hambantota and Colombo Ports together airports to be a centre in the international commercial process.

The PM in his budget speech also underscored his government’s priority to swiftly developing the China-backed $1.4 billion Colombo Port City as a hub for international business and investment.

This growing emphasis to benefit from the emerging Asian market would make the RCEP agreement seem an ideal forum to join to build trade ties in the region.

However India’s decision to opt out of the formidable grouping, the road is far from easy for Sri Lanka, according to economists. India has very valid reasons fir presently not joining the RCEP, primarily because it is dominated by China. Thus it is unclear if Sri Lanka is considering seeking membership of the RCEP, though Colombo seems to be open to the idea.

“I believe that our neighbouring India will be a powerful economy in the world in the next decade. I also believe China together with several other Asian countries will be amongst the five most powerful economies in the world,” Mr. Rajapaksa said, of the “high growth Asian Market”.

While he made no direct reference to the RCEP that was signed just days prior to his speech, his message reiterated the President Gotabaya Rajapaksa administration’s stated trade vision, as well as former Prime Minister Ranil

“In the current situation amid a global pandemic, no country can stick to an isolationist policy. Countries have to work together, putting aside their political differences. Sri Lanka is pro-trade and we will explore all multilateral arrangements including the RCEP to explore what they can offer,” Tharaka Balasuriya, State Minister of Regional Co-operation, told The Hindu.

However, even if Sri Lanka were to make overtures or tap at the RCEP’s door, “there may well be a queue,” said Dushni Weerakoon, noted economist and Executive Director of the Colombo-based Institute of Policy Studies. “Given Sri Lanka’s emphasis on Asia-centred trade, RCEP would seem a natural choice. But it is not that straightforward,” she said, pointing to at least three main factors.

Even the proposed Economic and Technology Cooperation Agreement (ETCA) with India is “in limbo”, while Colombo has expressed interest to revive FTA negotiations with China. “Had the Sri Lanka-India ETCA agreement been in place already, and had India also been part of RCEP, it would have made life a lot easier for Sri Lanka,” Ms. Weerakoon noted. The government is also re-examining the FTA signed with Singapore.

Further, while the U.S. and the EU are Sri Lanka’s two largest export markets, India and China are the two biggest sources of imports, and Asian countries have largely engaged as sources of import, development financing and FDIs, she added, pointing to Sri Lanka’s challenges in navigating a complex trade terrain.

In terms of overall economic strategy, the RCEP offers lessons to Sri Lanka, according to Indrajit Coomaraswamy, renowned Sri Lankan economist and former Governor of the Central Bank of Sri Lanka. Colombo is seeking to diversify its export basket and markets by looking to expand trade with, among others, countries in the Asia-Pacific region.

“RCEP would make it more difficult for Sri Lanka to compete with the likes of Vietnam, Cambodia and Laos, not to mention the wealthier ASEAN countries, in the lucrative markets of China — unless a bilateral agreement is finalised quickly — Japan, South Korea as well as Australia and New Zealand,” he said.

Further, if India was to eventually become a member of RCEP, there could be a boost to Sino-Indian economic relations within a rules- based framework that could potentially reduce bilateral tensions, in his view.

Sharing a broader reading of the development, Mr. Coomaraswamy observed that the immediate aftermath of the pandemic, marked by the disruption to global supply chains, led to a critique of globalization and a case was made for greater autarky.

“The age of hyper-globalisation with one hegemonic power has probably ended to be replaced by a more multipolar world. At the same time, RCEP demonstrates that the world is not retreating to a new era of fortress like inward looking economies.

It is noteworthy that the 15 countries in what has been the most dynamic sub-region in the world have come together to drive growth, employment generation and higher incomes through increased integration of their economies on the back of reduced tariff,” he said.

However the way China is presently behaving with Australia in trade matters is something which must be watched by other members if RCEP and those wanting to join it. Only India can stand up to such bullies. 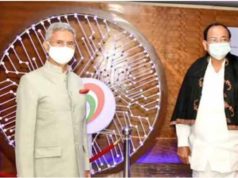 India Distances Itself From China’s ‘One Belt, One Road’ at SCO 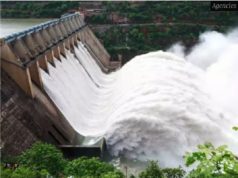 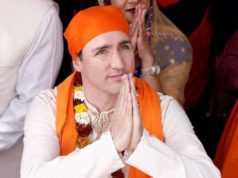