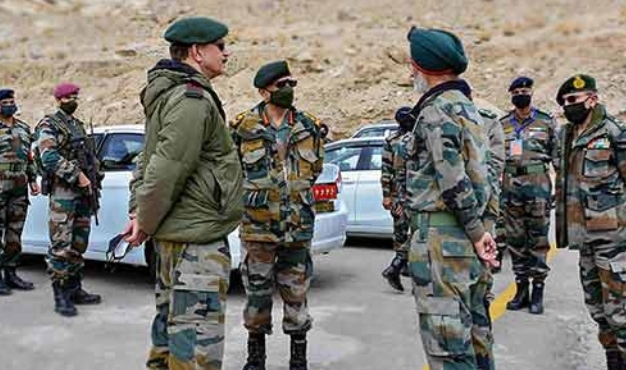 India will fire if there is any attempt to overrun or mob troops and there will no longer be any primitive fighting on the Line of Actual Control with batons or stones, China has been told, according to a top government official.

The Army has given clear instructions to troops at forward posts on the border that if they face hostile action like an attempt to overrun posts or a mass attack by PLA soldiers yielding batons, spears or other improvised weapons, they can shoot them.

While there have been multiple rounds of firing on the north and south banks of the Pangong lake, these have been in the nature of warning shots with no reports of injuries. The official said that only small arms have been used and larger calibre weapons have not been activated.

The officials also said that the Galwan clash was unfortunate but for the first time in decades Chinese side lost soldiers in combat. It was a clear signal to the PLA that “India will go to any cost to protect its border”. Sharing details, the official said that during diplomatic talks, the Chinese admitted to at least five casualties in the clash including the PLA battalion commander. The actual number of PLA casualties, the official said, could be several times higher.

The decision not to increase troop deployments on the border during recent talks has been welcomed but the Indian side is not taking it on face value, given incidents of breach of trust. “We will not blindly believe in that. While the agreement is a good start, we are prepared and the words have to be matched with actions on the ground,” the official said.

Confirming that China has mobilised over 50,000 troops, tanks, artillery guns and other equipment along LAC, the official said that there has not been any intelligence failure as the PLA movement was tracked at every junction.

“They (the PLA) always had the capability but their intentions changed overnight. There was no intelligence failure as it is impossible to get the last minute intelligence of when a formation decides to move ahead. In such a case, the first mover has the advantage,” the official said.

Explaining how the situation on the LAC turned sour, officials said on May 5, three incidents took place — clashes at Galwan and Pangong and a faceoff at Nakula in Sikkim. At Pangong, officials said a normal standoff took place at Finger 4 that usually has 30-40 soldiers from each side.

However, in May, the PLA moved in over a 1,000 extra troops behind the first line of 30-40 soldiers to Finger 4 to occupy the ridges. “We were having faceoffs every day at Finger 4 where some soldiers would come face to face and then retreat. Then one day they came in much larger numbers. This could not have been predicted,” the official said.

On apprehensions that the coming weeks could see a peaking of tension, given the history of the border and the early winter month which is conducive to operations, the official said “we are prepared every year in the month of October as it is the campaigning season”.