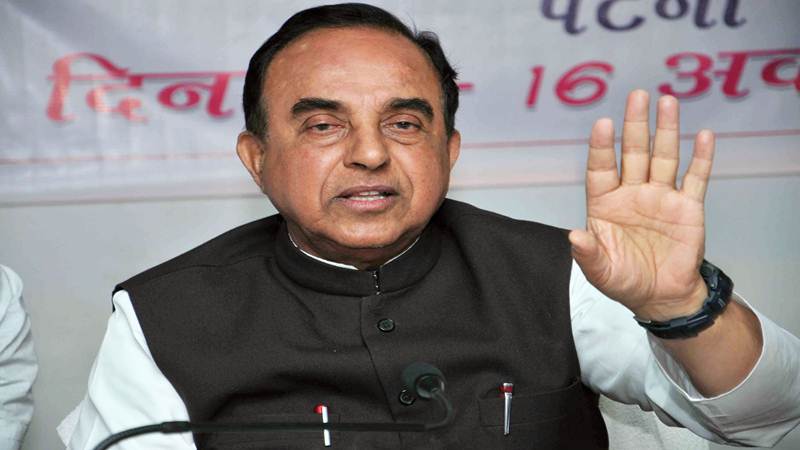 China imported $18.84 billion worth of goods from India in 2018, while it exported $76.7 billion worth of products during the period, as per customs data released on January 14. Overall, China’s trade with India surged by 13.2 percent on a yearly basis last year.

However India may be a much bigger economic competitor for China than what the above data shows. The world’s two most populous countries have much to learn from each other in terms of economic policies, said Dr Subramanian Swamy, a very senior Indian politician and a superb economist, who also happens to be an expert on China.

Subramanian Swamy, a member of the Indian parliament (MP) and former minister of commerce and industry, saud that India’s economic standing may be much higher in relation to China. That’s despite the fact that India’s 2017 GDP, at $2.6 trillion in nominal terms, was only about 20 percent of China’s.

“That’s only about exchange rates… it’s not much. If you get a haircut in India, it is about the same in China. [That’s] calculations done on the back of an envelope,” Swamy said, noting that in purchasing power parity terms, India’s economic standing in relation to China is much higher.

Besides, “now we’re growing faster than China,” the MP added.

India led the world’s major economies with an estimated growth rate of 7.3 percent for 2018, as noted in the IMF’s latest outlook in January. China’s GDP grew 6.6 percent in 2018.

Nonetheless, the former minister said India and China have much scope for cooperation and do not need competition.

The second aspect is how China runs the semi-processed trade business so that it maintains a trade deficit with Southeast Asia and a trade surplus with the US and EU, Swamy said, noting that this “is a very skillful way of building up industries.”

The last is how China determines the price of products and affects pricing with strategic subsidization, Swamy noted.

By contrast, he said China could learn from India how it has built the pharmaceutical industry with a denial of semi-processed products from the West and an emphasis on homegrown research and development.

India’s strong services industry – based on its massive trading population – and the level at which it has allowed its private sector to compete with the public sector are other two aspects where Swamy believes India could serve as an example to China.

In particular, Swamy said India could learn from China how to make airplanes, jet engines and high-speed trains and the methodology that makes those industries so productive.

When asked why India has topped the list of countries in initiating trade investigations against Chinese goods in recent years, Swamy said Indians cannot believe Chinese can be cheaper when it comes to producing goods such as firecrackers and statues.

“We need a bilateral group to look at this,” Swamy said. “You cannot separate trade relations from political relations.”

Bilateral economic potential will arise from the so-called switch trade in the near future, according to Swamy.

“China produces something up to the semi-processed level, sending it to India for final processing and vice versa. We just have to work out which China can do better and which India can do better,” Swamy said.

“There is no need for China and India to compete economically because we are more or less the same type of economy with a focus on agriculture and maritime trade, as well as vast talent bases,” the MP said. “There will be competition if we don’t understand each other, but there will be no competition if we understand each other. In the future, there can be a trilateral world – China, India and the US.”