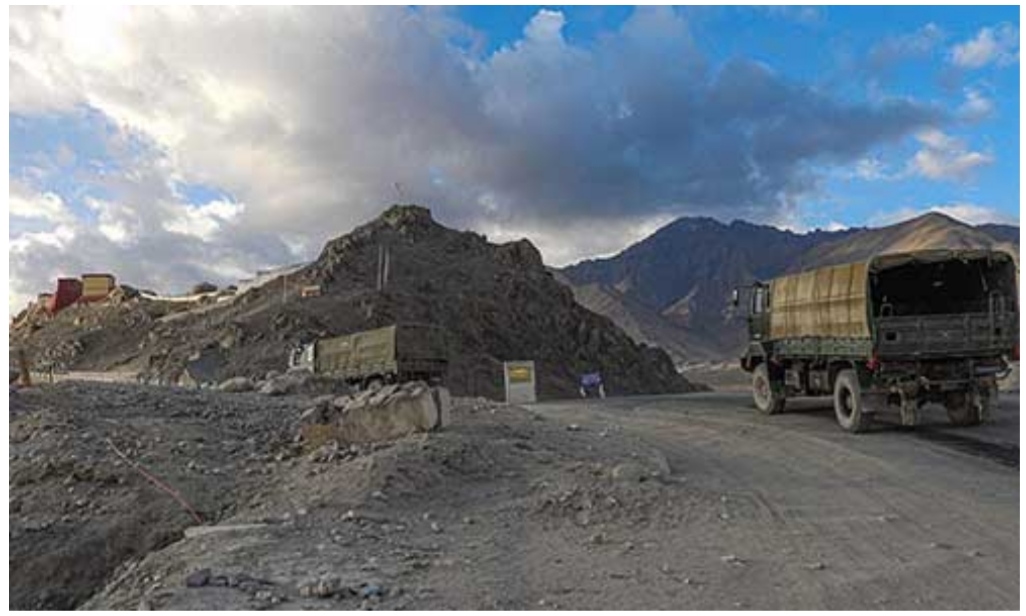 China has called India’s designation of Ladhak as an union territory an illegal move, and voiced new objections to infrastructure construction being done by India to strengthen positions along the LAC.

Senior commanders from both sides had agreed earlier this month not to add more troops along their fast-militarizing disputed LAC in the mountainous Ladakh region, but appear to have made no progress in disengaging their forces from the ongoing standoff as they had earlier committed to.

It wasn’t clear on what basis China has tried to interfere in India’s move of last year to reconstitute Ladakh as a union territory separate from Jammu and Kashmir, or why it is saying that it is illegal. India never interferes in internal affairs of China , like as to why Jinping is holding several posts ? Why PLA reports to the Communist Party and not to its Defence Minister? This simply shows the bankruptcy of the Chinese Communist Party’s thought process.

“China does not recognize the so-called Ladakh central government region illegally established by India,” Wang told reporters at a daily briefing, saying any new construction violated a pledge by the leaders of both sides. “We are also opposed to infrastructure construction aimed at military acquisition and control in the disputed border areas.”

Wang said China’s border defense forces operate on their side of the Line of Actual Control and “strictly abide by the relevant agreements.” China “is committed to maintaining peace and stability in the border areas between China and India, and firmly upholds national territorial sovereignty and security,” he said.

Wang did not address reports that China is increasing the building of roads and other infrastructure along its side of the border.

The standoff in Ladakh began in May and escalated in June to the deadliest violence between the two sides in decades – a clash on a high ridge in which soldiers used clubs, stones and their fists. Twenty Indian soldiers were killed and dozens of others were injured. China is believed to have also suffered heavy casualties with over 40 dead and another 50 badly injured but has not provided any details.

The rival countries have amassed tens of thousands of soldiers, backed by artillery, tanks and fighter jets, in the Ladakh area since the deadly standoff.

After that clash, the two countries partially disengaged from the site in Ladakh’s Galwan Valley and at least two other places, but the crisis has continued in at least three other areas, including the glacial Pangong Lake.

In recent weeks, the world’s two most populous nations have accused each other of sending soldiers into each other’s territory in the Pangong area and firing warning shots for the first time in 45 years, raising the specter of a full-scale military conflict.

Relations between the two countries have often been strained, partly due to the un demarcated border between India and Tibet. Firstly China forcibly occupied entire Tibet. They then fought a border war in 1962 with India that spilled into Ladakh and ended in Chinese occupation of parts of Ladhak and an uneasy truce. Since then, troops have guarded the undefined border while occasionally brawling. The two countries have agreed not to attack each other with firearms.

The fiercely contested control line separates Chinese- and Indian-held territories from Ladakh in the west to India’s eastern state of Arunachal Pradesh, which China claims in its entirety. It is broken in parts where the Himalayan nations of Nepal and Bhutan border China.

According to India, the de facto LAC is 3,488 kilometers (2,167 miles) long, while China says it is considerably shorter. As its name suggests, it divides the areas of physical control rather than territorial claims.