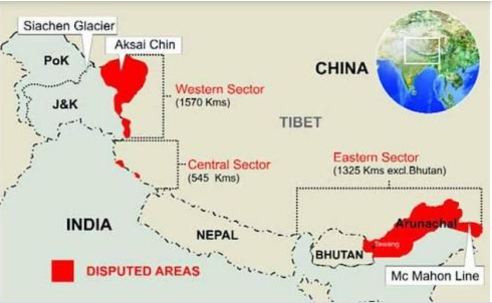 India has, as a considered decision ensured cutting of bilateral economic and trade relations with China through phased moves, proactively promoting the de-sinicization of the industrial chain.

The retaliatory practice has been undertaken after the PLA attacked the Indian Army at Galwan. 20 Indian soldiers including one Colonel rank Officers were killed, though in the bargain PLA too lost over 40 killed and 50 injured.

Chinese Communist Party thought that such salami slicing of Indian territory will not be retaliated by India on other fronts. They thought that bilateral trade and economic interactions will continue as usual.

However India decided that we cannot have business as usual with those we attack and kill our soldiers and have no respect for our Sovereignty.

The Galwan attack by PLA escalated anti-China voices even among ordinary Indian people. This totally surprised the Chinese Government and seriously dampened the confidence of the Chinese in matters of trade and investments.

Now as per a section of The Indian media, a joint working group of the Indian Ministry of Home Affairs and Ministry of Commerce and Industry has submitted a letter to Prime Minsters Office. It has suggested a new revision to the proposal for the review of foreign direct investment (FDI), and to consider a plan to allow up to 26 percent FDI from countries with which it shares a land border.

This would not require government scrutiny for some sectors. The decision on this will be made soon, reports say. Well this recommendation may be considered on case to case basis for all other neighbours bordering India but not for China and Pakistan.

After the border row on the China-India border in May, India successively issued a series of restrictive economic measures against China. These included the blocking of customs clearance of Chinese cargo containers in Indian ports, the banning of a large number of Chinese apps, and the suspension of infrastructure projects with Chinese enterprises. India has even refused joining the Regional Comprehensive Economic Partnership (RCEP) in order to protect its national economy.

As the world’s only two large countries and emerging economies with a population of over 1 billion, the actual benefits brought by China-India economic and trade cooperation are now becoming clear to China, who till now thought that were the dominating partner. From 2013 to 2018, China was India’s largest trading partner.

The development of the two countries is highly complementary. The trade volume between China and India has grown to nearly $100 billion among them. It can be said that in the six years since Modi took office, India has achieved rapid growth in attracting international investment, and has the largest number of FDI projects for many years in a row.

The impact of India’s decoupling from Chinese economy and Chinese investment has encouraged other Countries too to diversify their China centric supply chain. Potential international investors on the whole in India is encouraging.

The Diwali boycott of imports from China of Chinese products strengthened the resolve of Indian Government, Indian business Community and common people of India in their efforts to further improve the domestic business environment and ATMANIRVARTA.

India’s adjustment of FDI rules has a direct connection with the Wuhan Virus and its own National security. To reconnect and Recommence Trade and Economic activities the In do Tibetan Border must be demarcated and ratified earliest. Thereafter there can be tripartite negotians on the Tibet China boundary.