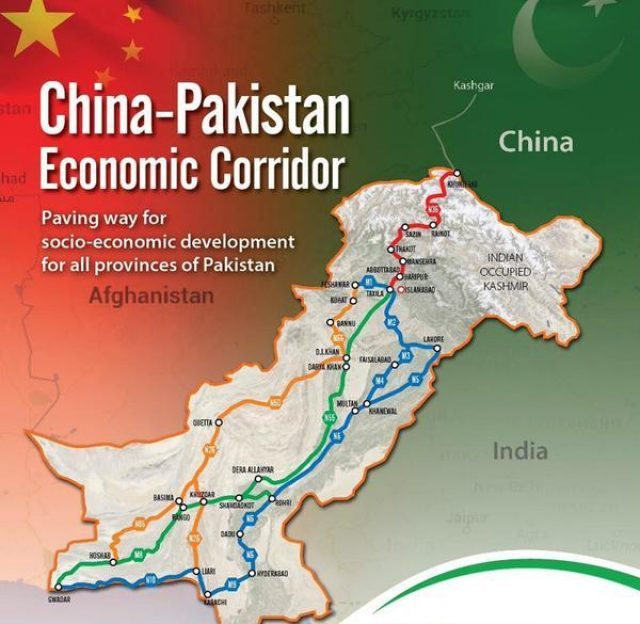 Pakistan Prime Minister Imran Khan, being already criticized for being under military control, is also facing flak in his country for not prioritising and expediting big-ticket Chinese infrastructure investments.

In 2018, Khan had put on hold several CPEC projects suspecting corruption by the previous government. However, two years later, several of his Cabinet members were named in big corruption scandals involving the country’s power sector. About one-third of Pakistan’s power companies are involved in Chinese projects under the CPEC.

The 278-page inquiry report, compiled by the Securities and Exchange Commission of Pakistan (SECP) and presented to Khan in April, unearthed alleged irregularities worth over USD 1.8 billion in subsidies given to 16 independent power producers (IPPs) including those belonging to Khan’s advisors Razak Dawood and Nadeem Baber.

The Pakistan Democratic Movement (PDM), an alliance of 11 opposition parties, has demanded the Imran Khan-led government to speed up the Chinese-funded projects, especially the motorway and railway modernisation plans that have had almost no progress in the last five months.

The PDM has also demanded the removal of CPEC Authority’s chairman, retired Lieutenant General Asim Saleem Bajwa, until he comes clear of his personal and his family business assets in the US.

Recently, a local media had exposed Bajwa’s several offshore businesses, including more than 100 companies and franchises in the US, UAE and Canada in which his family are involved.

In 2019, the Prime Minister had promulgated an ordinance to establish a CPEC Authority (CPECA) ahead of his visit to China and appointed a former lieutenant general as its chairperson. Earlier, the Planning and Development Ministry used to oversee the CPEC projects.

Planning Ministry sources told Asia Times that CPECA was forced upon the government by China, which wanted the army to be directly involved in the CPEC portfolio as Beijing was reportedly irked with Khan’s slow movement on the wider scheme.

The sources further said that the recent revelations of Bajwa’s offshore assets had shocked China as it had wished to work with the Pakistan military to prevent private corruption.

Asia Times has reported that the CPEC Authority Ordinance gives immunity to the CPECA’s chairperson and staff from all legal proceedings against them, hence, protecting them from the National Accountability Bureau (NAB), Federal Investigation Agency (FIA) and police to institute cases.

“The CPECA’s legality issue, chairperson’s immunity from legal proceedings and the controversies of overseas family businesses surrounding the authority’s incumbent chairperson gave a bad impression and must be resolved to improve the efficiency of CPECA,” Senator Mushahid Hussain Sayed, a Pakistan Muslim League-Nawaz leader and chairman of the Pak-China Institute think tank told Asia Times.

He further said that the PDM has concerns about the CPECA’s immunity clause.

While attributing the delay of the CPEC project to coronavirus pandemic, he said, “Additionally, the new Chinese Ambassador, Nong Rong comes with a strong economic background which should give impetus to CPEC.”

He further said that the PDM protests will not affect the CPEC’s progress.

“Pressures are emanating from the West and Western institutions – primarily in Washington – against the CPEC but Pakistan has demonstrated willingness, readiness and ability to withstand these pressures,” he added.

As in recent weeks Chinese workers and engineers working in Balochistan and Sindh have been targeted and killed, the cost of providing around-the-clock security to Chinese nationals is raising the price of the projects at a time Pakistan’s economy is faltering badly, Asia Times said.

Meanwhile, Pakistan had requested a 1 per cent interest rate on the Chinese loan for the ML-1 rail project. China is, however, reluctant to heed to the request and instead used “delaying tactics” to pressurise Islamabad to continue accepting the high rate of interest.

Khan and Bajwa now reportedly plan to take the issue to Chinese President Xi Jinping, who they believe can dictate terms on China Development Bank and Export-Import Bank of China loans, in hopes that an agreement can be reached on the rail line, Asia Times said.

The review meeting of CPEC’s Joint Coordination Committee (JCC), which is held every month, is unlikely to finalise the ML-1 project in the upcoming meeting despite Pakistan Railways Minister Shaikh Rasheed Ahmad emphasising that the project is ready.

It is further reported that the Greater Peshawar Mass Transit Project, Swat Express Way Phase-II and Peshawar-DI Khan Motorway, all nominally under the CPEC, have likewise been delayed and are not on the agenda of the next JCC meeting.