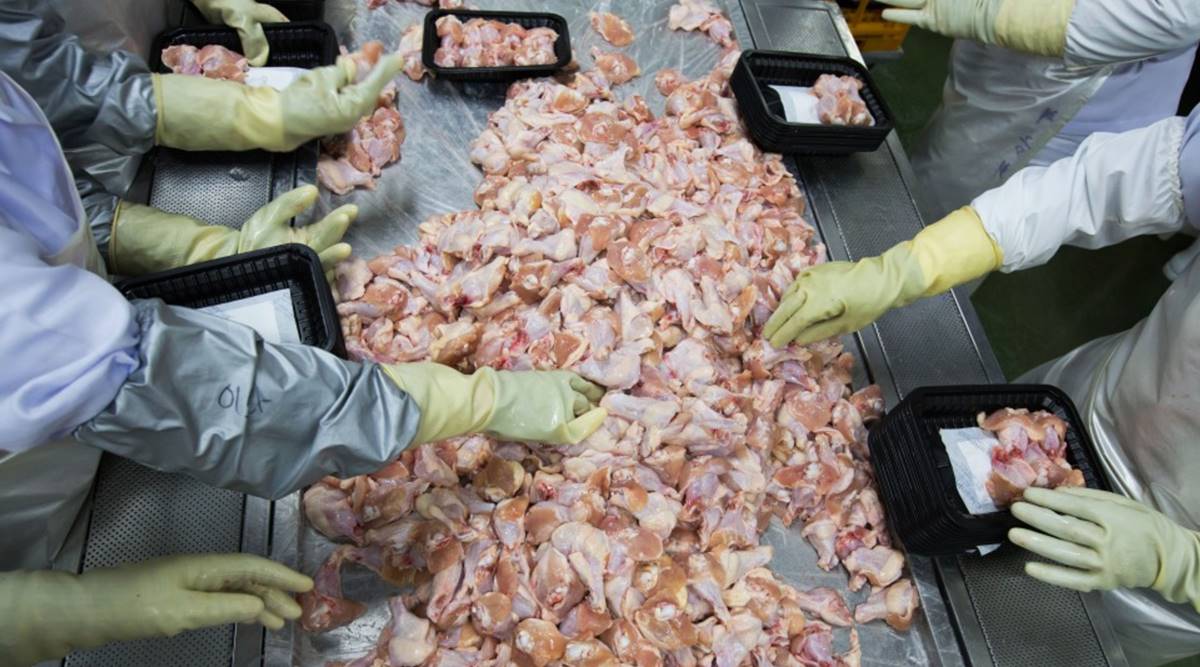 The chicken came from an Aurora Alimentos plant in the southern state of Santa Catarina, according to a registration number given in the statement.

Employees package sliced chicken legs and wings.(Consumers in the Chinese city of Shenzhen have been urged to exercise caution when buying imported frozen food after a surface sample of chicken wings from Brazil tested positive for coronavirus, according to a statement from the local government.

The chicken came from an Aurora Alimentos plant in the southern state of Santa Catarina, according to a registration number given in the statement.

Virus tests of people who have possibly come into contact with the product, and tests of related products, all came back negative, the statement said. Consumers should be cautious when buying imported frozen foods and aquatic products, the government added.

Why Telangana was forced to make hospitals display treatment rates

Three packaging samples of imported frozen seafood tested positive for Covid-19 in Yantai, a northern city of China’s Shandong province, the city government said on its official Weibo account on Tuesday. State television on Wednesday reported that the outside of an Ecuador frozen shrimp package tested positive for the virus in a restaurant in Wuhu, a city in China’s Anhui province.