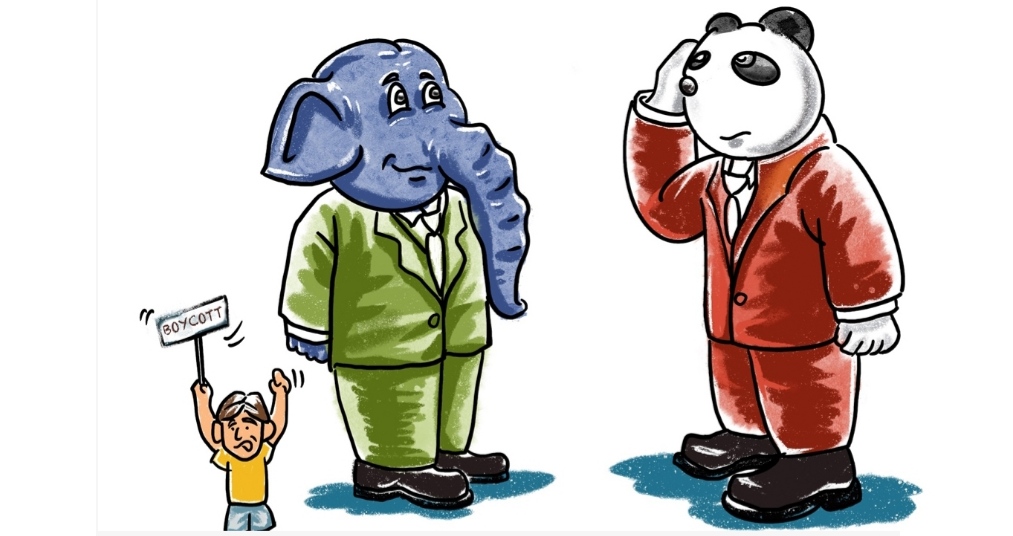 The Chinese first intruded into Indian territory across the LAC from areas which they have Occupied Ladhak since 1962. Then prior to withdrawing as negotiated, they turned back and physically attacked the Indian troops who had gone to see their withdrawal Following a fatal physical clash between Chinese and Indian border defense troops in the Galwan Valley region, it is but natural that now they cannot expect things as usual from our side.
China cannot continue to keep occupying our territory, intrude and make fresh incursions and also merrily export its cheap things to the vast Indian market.

The Swadeshi Jagran Manch (SJM), on Tuesday has rightly renewed their demand for an economic boycott of China and Chinese products. This is what will hurt China the most.
China must see the threat of boycott as real and change its behavior towards India. It’s a patriotic call given out and soon will be echoed by 137 crores Indians.. Indians will enthusiastically promote this boycott not only in India but abroad too. Initially China may not feel the impact but in the long run it will badly affect their export, not only to India but to other countries too having larfe number of Indians.

For self respect India the third largest economy in the World ( PPP terms ) will willingly take on the Worlds second largest economy. Chinese should have no doubts in this regard and must ask tbeir government to carry out a course correction. The majority of the South Asian nations and BIMSTEC nations – particularly those involved in economic development will sooner than later follow India. As things stand countries like Australia would also be joining India in this trade boycott.

While trying to create new tensions at the border, China should understand that India’s restraint is not weak. The two nations should cherish their precious development opportunities and maintain good bilateral ties. It would be extremely dangerous for China to allow PLA to escalate tensions. The priority now for both sides and the region is to accelerate economic recovery.

The global economy is faced with great uncertainty amid the coronavirus pandemic. With mounting pressure on economies this year, economic development on both sides will inevitably suffer huge losses if China and India allow border tensions to escalate.