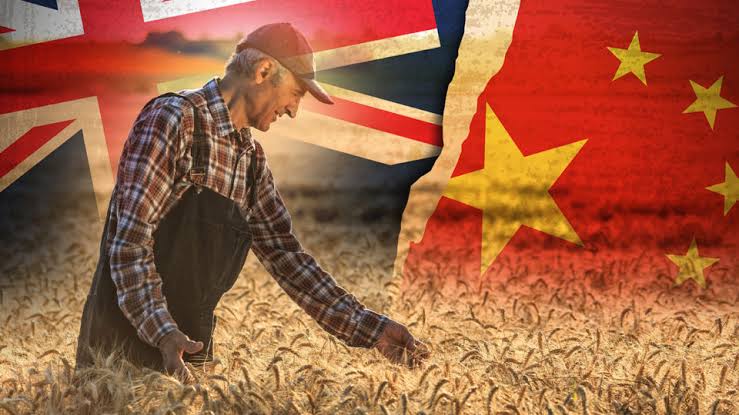 As relations between Australia and China deteriorate, Beijing is contemplating ban imports of Canberra wheat. This has been reported by South China Morning Post.

The ban will put Australian $560 million (US$394 million) grain trade between the two countries in jeopardy.

From Friday, barley, sugar, red wine, timber, coal, lobster, copper ore and copper concentrates from Australia, are expected to be barred from China even if the goods have been paid for and have arrived at ports. The ban on wheat is likely to follow, although a date has not yet been set, sources told the SCMP.

Chinese importers, which have shipments of the first seven banned goods arriving after Friday have been told that they will have to bear the expense of any uncleared goods.

Chinese importers have been told to obey these rules strictly and suspend all orders for commercial reasons.

“Chinese importers have been told to obey these rules strictly and suspend all orders for commercial reasons,” said a trade source in China familiar with the impending ban, who wished to remain anonymous due to the sensitivity of the issue.

“Shipments arriving at the port before Friday will be released, but those arriving after will stay at port. It does not matter if it is already in the bonded area.”

Chinese and Australian relations have deteriorated after Canberra called in April for an investigation into the origins of the coronavirus without first consulting Beijing.

Beijing has since imposed a large anti-dumping duty on Australian barley, banned beef exports from five abattoirs and instigated anti-dumping and subsidy investigations into cheap Australian wine in China.

Yesterday it was reported that importers across Beijing are expected to brace for a possible round of sanctions on copper ore and copper concentrate as well as sugar this week.

The General Administration of Customs of China (GACC), on Friday, issued a notice to exporters claiming that it had found a pest in imported log timber from Queensland and has banned all log exports from the Australian state.

The Chinese customs agency further claimed that it had found contamination in barley shipments from Australian grain exporter Emerald Grain as well.
Australia should not worry by these intimidating tactics by China. ASEAN and SAARC countries will ensure that they start buying these agricultural products from Australia. Australia now must start improving its relationship with rest of Asia.