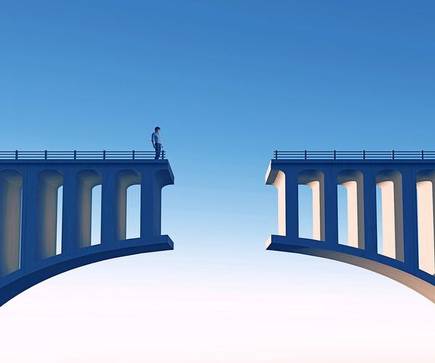 Post Covid, this strategic economic initiative is in trouble for a number of reasons, such as the finances of partner countries

Much has already been written on the objectives of the Belt Road Initiative (BRI) from the Chinese viewpoint.

They range from providing game-changing geostrategic leverage and even military access in many countries in China’s neighbourhood, to a more narrow purpose of selling Chinese-surplus steel, cement and construction capacity on credit to countries that are resource-strapped for developing their infrastructure.

Opinions from the perspective of the recipient countries are also equally divergent: from a ticking time-bomb of burgeoning external debt to a much-needed external funding source which will supplement the role of the multilateral and regional lenders in promoting investment and trade.

One has also come across elegant research studies on the benefits of the BRI, including the articulation and estimation of its positive externality for the recipient countries.

A good number of that research has been sponsored and funded by the Confucian Institute, which also endeavours to expand the envelope of the BRI’s impact to include more lofty things such as inclusive globalisation, culture, innovation, talent development etc.

But progress is uncertain at best, and faced with new challenges given the changes in the economic scenario caused by the impact of Covid-19, the slowdown that began even before that, and the changed global perception of China.

A meaningful mid-term performance review of BRI, covering its financial aspects and its impact on the global institutional arrangements for project funding, is not easy for two reasons: One, the Chinese side never provides comprehensive information — even on an aggregate basis — on the quantum of loans approved by its lenders, the progress of loan recovery and the realised return on investments.

Two, the loan recipients reveal even less. One still remembers the deadlock in the emergency loan negotiations between Pakistan and the IMF in 2018-19 over the issue of disclosing the amortisation schedule of the former’s China Pakistan Economic Corridor (CPEC)-related debt to China.

The stated intention of the BRI to reach $4 trillion in financed projects is far higher than the projects currently under development, which are worth about $230 billion. China expects that its own companies will plan, construct and supply the projects it funds. However, because of its wide scope, gigantic scale and very ambitious timelines, the Chinese authorities have been facing a challenge to ensure that the selection of countries and projects satisfies the strategic policy goals decided at the top by the Communist Party of China (CPC).

While it is clear that identification of big-ticket projects in countries of significant strategic importance to China requires prior CPC clearance, for others, it’s a bit chaotic and messy. Almost all the documents released by state-owned financial institutions that have been pressed into service for the BRI never fail to mention that their choice of projects must take into account “Chinese perspective and national interest” and follow a “China-specific governance mode”. The ambiguity of these words for analysts and others in these institutions who support decision-making at higher levels has been sought to be addressed in a manner typical of China: indoctrination.

For example, 906 staff members of China Investment Corporation (CIC), the largest sovereign wealth fund (SWF) of China with assets over $1 trillion, attended training programmes in 2018 on ‘ideals and beliefs’ vis-à-vis 1,150 who were trained ‘investment capabilities’. Silk Road Fund, the other SWF, created in 2014 with a corpus of $40 billion for BRI funding, does not publish any financial statements. CIC doesn’t disclose its total loans, there are no details provided on any of its asset/liability and income/expenditure items, and so on.

China has been critical of the poor performance of multilateral development banks (MDBs) in financing infrastructure projects in developing countries. It has thus echoed the concerns of infrastructure-deficit countries in this regard. However, China’s viewpoints on this issue have also been shaped by two other factors: One, China is frustrated that its weight in the World Bank and the Asian Development Bank is not commensurate to its economic and financial heft. Two, it feels that international financial institutions, in general, are evolving slowly and that it would like their pivot to shift from the West towards itself.

China’s latest five-year plan lists its ambition “for the creation of a financial cooperation platform that is open, pluralistic, and mutually beneficial”. While the high cost structure of MDBs and the tardy pace at which project appraisals happen there are indefensible, they must be given credit for their sustained emphasis on governance, environmental and gender equality issues. For all we know, China’s support for even its own variety of corporate governance is tactical at best, especially in BRI projects.

A case in point is the on-going multi-purpose road-rail bridge on the Padma in Bangladesh, a $3.6-billion BRI project. Originally, the project was to be financed by the World Bank, which subsequently refused to sanction the loan alleging “high-level corruption conspiracy” in the selection of the vendor for project preparation. Now, China Major Bridge Engineering Company is the main contractor. Interestingly, although two non-Chinese construction companies had also purchased papers when the tender for the project was floated in early 2014, only the Chinese company submitted both technical and financial bids.

Still another example are the recent revelations made by the anti-corruption agency of Pakistan about payments in the range of $300-400 million made to two flagship BRI thermal power companies there, based on fraudulent interest cost claims. Needless to say, there was systematic collusion among all those concerned in giving such profitable deals to the Chinese sponsor entities. It is common knowledge in Pakistan that cost of the BRI thermal power projects are inflated by 30-40 per cent.

Like all infrastructure projects elsewhere, progress under the BRI has considerably slowed due to the pandemic. And the recipient countries, for many of whom the priorities now stand shifted to health services and health infrastructure, have already begun to clamour for relaxation of debt repayment terms. While the CPC is likely to accommodate this to some extent and also offer projects under the latest avatar of the BRI — Health Silk Road and Digital Silk Road — the impact of all this is likely to be hugely negative for the state-owned financial institutions.

China would do well to remember a simple truism of banking: if state-owned banks/shadow-banks are pushed by the state to take larger and larger risks, one day they will prove to be an Achilles heel for the state itself. Viewed from this angle, CPC has reasons to feel concerned now at the uncertain future progress of its most ambitious foreign and economic policy initiative. 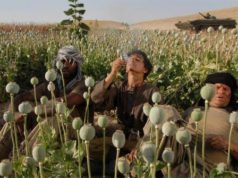 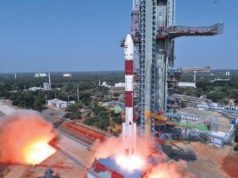 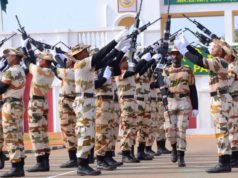