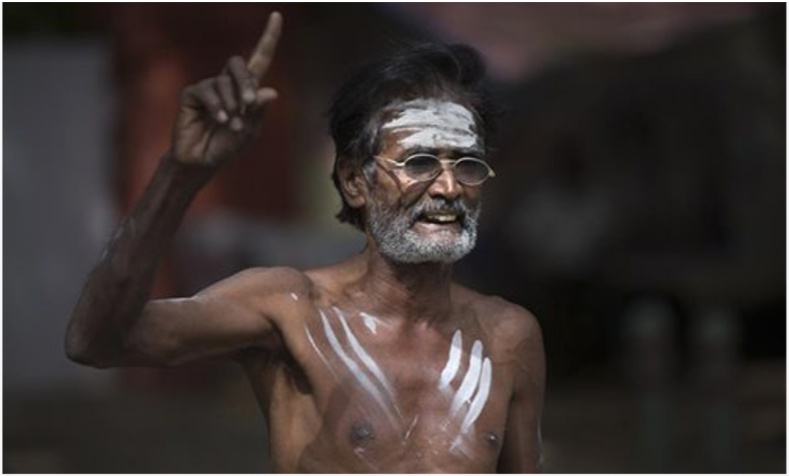 Chinese are famous for taking two steps forward and then three steps backwards. This is evident from an article on Indian Dietary habits in one of their leading tabloids. For the article, just to try and ridicule India they have even managed to pull out a picture of 1917 vintage on an ongoing hunger strike.

Going backwards, after a progressive talks between Modi and Xi Jinping recently, they have pulled out an article featuring the doubtful economists Abhijit Banerjee, Esther Duflo and Michael Kremer who have been given a Prize in Economics from Noble Committee for their “experimental approach to alleviating global poverty.”

Although this year’s Nobel Economics Prize set the Chinese internet abuzz, with some netizens airing strong dissatisfaction. American citizen Banerjee may have indeed made some contributions to anti-poverty programs but the Chinese very well know that even the Indian internet is abuzz with dissatisfaction over Banerjee’ s pontifications. All those working with Ford Foundations etc are always suspects as they have deep hidden agenda.

Chinese should be waking up after all the chaos going on in Hong Kong. The first of the bomb blasts have taken place. Very soon the Chinese will come to know the difference between good terrorists and bad terrorists, which they have befriending through Pakistan.

Instead of dousing the flame in Hong Kong, the Chinese are advising Indians to read this Banerjee fellow “ We advise all Indian poverty relief officials to read Banerjee and Duflo’s book, Poor Economics, which will make people rethink the relationship between poverty and culture.”

In spite of Buddhism spreading all over China and making them more humane, a third rate Chinese reporter in a foolish move is trying to question the very essence of Indian culture and more so also trying to inject politics into it. Hindus in India do not eat beef and worship cows and similarly Muslims do not consume pork. Though unlike Xijingiang Quighers, in India no one is forced to sell or eat pork. A majority of Indians are vegetarians and last 7000 years have proved that it is the best diet. And now some up starts want to teach Indians about diets.

Indian cuisine is deeply connected to its cultural and religious beliefs. A vegetarian diet is the healthiest. Diet in India is linked with customs and traditions in Indian culture to promote industrialization and modernization. This may explain why there is an inherent continuity and stability in Indian society and we Indians are proud of it.

Indian dietary culture has kept its unique customs and traditions, some of which have survived for thousands of years. India may be ranking 102 among 117 countries because of some skewedness in the Global Hunger Index 2019, just because such surveys do not consider vegetarian diet as FOOD.. So how India has emerged as one of the fastest-growing major economies in the world. Yes many of our people still live in poverty but soon they will be out of it. India will soon attain its status as it was say 500 years back and Chinese better find out as to which country was at number two position.

Visitors may find the food in India is very different from other parts of the world but most cherish the flavor and diversity, due to the country’s generous use of herbs and spices. Statistics show that Indian people consume hardly any meat compared to the global average. Vegetarianism has become more popular not only among Indian people but also in many European Countries and even the USA. When you consume veggies then there is lesser carbon footprint and lesser chances of diseases like cancer etc.

Meat is not the answer to malnutrition as thought by many including the Chinese. Through sustained green revolution India is a net exporter of food grains. So instead if lecturing India, the Chinese must ensure that they provide enough food to the Quighers in Xinjingyang and the poor people of forcibly occupied Tibet, instead of starving them.