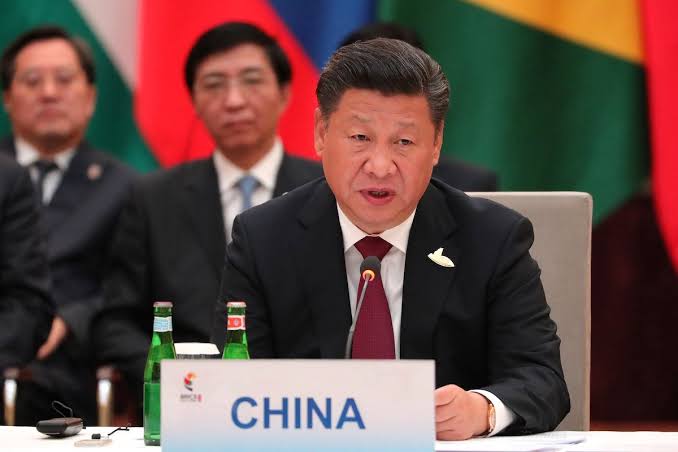 Chinese have been unable to make any progress since last few years to solve various kinds of problems arising in Hong Kong, Xhinjingyang, a few other parts of China itself and of course Tibet. They are having problems with all their neighbours including Japan, Vietnam, South Korea and Taiwan and even far off Australia. Their forcible occupation of Tibet and parts of India is well known and now they are having a super trade war with USA. No progress has been made in any areas during the latest round of high-level trade consultations between China and the US and no agreement is forthcoming between the two countries.

So far the only clear and authoritative remarks on progress of China-US trade talks has been when Minister Liu reiterated that China is willing to work together with the US to properly address each other’s concerns. During Liu’s speech, he has also analyzed the macroeconomic situation of China and put a focus on the characteristics of the Chinese economy and the importance of accelerating the economic transition. This clearly indicates that economic growth in China has slowed down considerably. This is causing social unrest in certain parts of China.

China’s per capita GDP may have reached $10,000 but the demand originating from its huge number of middle-class families and from poor class (which still remains phenomenal) is slowing down within the domestic market. The Chinese Government is now talking about eradicating extreme poverty by 2020…a very tall order. They have not yet decided the dates for ending balance of poverty.

This indicates that China is on one side over confident of reaching its macroeconomic goals and on the other side keeps missing the target. As per Liu his country has a vital microeconomic foundation, a big room for maneuver and sufficient measures of macro-policy. What he forgets that all these take time to become effective and then there are external factors too and all the factors too keep changing. Many a times the Chinese Government and the Communist Party have not been listening to the needs of the common people but planning in isolation while sitting in their ivory towers.

The Chinese system focuses on solving problems through crude Party theories, devoid of moral values which ancient China valued so much.. The democracy in India and the West determines that the Government listen to the people and function under legal and moral rules or get out. Chinese communist system makes it possible for the Chinese government to make long-term road maps without fear of public displeasure or botheration of moral values.

Economic problems and challenges have now formed the downward pressure that China now faces. By not valuing the aspirations and freedom of its people, China’s economy and economic growth rate both are now going downward. Its influence is now becoming uncontrollable. Trouble in Hong Kong is just a manifestation of such downward trends. There is tremendous pressure building inside the Chinese Society and the Government is short of measures to deal with the downward pressure. Such being the case, China may not be able to face challenges which may cause extreme restlessness.

Only a vibrant democracy like India can find problems and face it. It will figure way out for problems and keep its people confident and patient in dealing with challenges. India has been not only uncovering problems but also overcoming them including problems if terrorism.So More importantly, Chinese people who are striving for a better life, must insist that their government should forge a good relation with India like it was in the days of old.