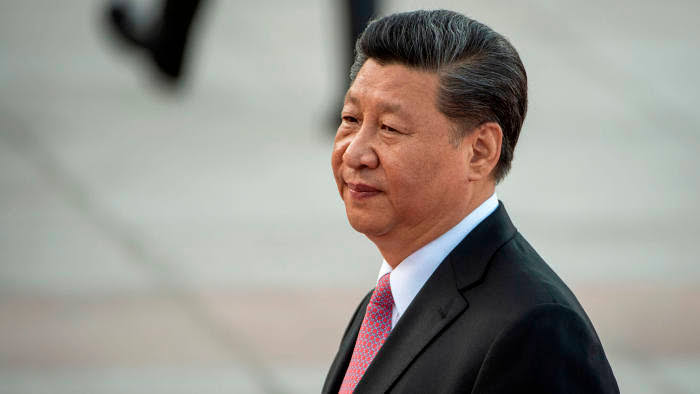 China has grossly violated all international and bilateral norms through its military action at Galwan in Ladakh. It has resulted in killing of three Indian soldiers which includes a Commanding Officer of Colonel rank. There is no question that it will go unpunished.

China has violated three key bilateral agreements — 1993, 1996 and 2013 – that have been central to maintaining peace and tranquillity on the disputed Line of Actual Control. Until now, not a single soldier had been killed on either side of the LAC for over four decades.

The 1993 agreement clearly states that in case personnel from either side cross the Line of Actual Control, “upon being cautioned by the other side, they shall immediately pull back to their side of the Line of Actual Control”. China has not done that either in Galwan or Pangong Tso. On the contrary, it has built structures and stationed its troops in a face-off like situation despite cautionary warnings.

The escalation on Monday night was an extension of an aggressive posture on LAC, even though talks were on for de-escalation. The 1993 agreement, in fact, clearly states that both sides will “jointly check” the alignment of LAC where there is a doubt.

Three years later, both sides went into further specifics, making it clear that troops on both sides shall “exercise self-restraint” in case of a face-off situation and start “immediate consultations” through diplomatic channels.

The Chinese side has not shown self-restraint from Day One at all points of the stand-off. Those familiar with the details have told ET that the aggression has been high with Chinese troops assaulting Indian troops with sharp edged batons and rods. This, sources said, is visible from the nature of injuries sustained by Indian soldiers during all the physical jostling.

On Monday night, this physical violence led to deaths, indicating that the hand-to-hand combat was gruesome.

“If the border personnel of the two sides come in a face-to-face situation due to differences on the alignment of the line of actual control or any other reason, they shall exercise self-restraint and take all necessary steps to avoid an escalation of the situation. Both sides shall also enter into immediate consultations through diplomatic and/or other available channels to review the situation and prevent any escalation of tension.”

The agreement, also for the first time in India-China rules of engagement, makes it clear that “neither side shall open fire or conduct blast operations within 2 km of the Line of Actual Control”. This is what led to a practice, where troops on both sides, never brandished weapons at each other and at most, indulged in a physical jostle.

“Neither side shall open fire, cause bio-degradation, use hazardous chemicals, conduct blast operations or hunt with guns or explosives within two kilometres from the line of actual control. This prohibition shall not apply to routine firing activities in small arms firing ranges.”

It was this agreement of 1996 which also set the rules on military exercises, making it clear that the strategic direction of the main force in an exercise “shall not be towards the other side”. The Chinese PLA is carrying out its summer exercises opposite Ladakh which clearly are aimed at threatening India.

“Both sides shall avoid holding large scale military exercises involving more than one Division (approximately 1 5,000 troops) in close proximity of the Line of Actual Control in the India-China border areas. However, if such exercises are to be conducted, the strategic direction of the main force involved shall not be towards the other side.”

The latest document on confidence building measures on the LAC was the 2013 India-China Border Defence Cooperation Agreement in which both sides agreed “to not follow or tail patrols” in areas where there is no clarity on the LAC. Here again, the violence in Galwan raises doubts whether Chinese troops followed this protocol. Chinese manoeuvres of the past two weeks has had the Indian side quite worried on this count.

“The two sides agree that they shall not follow or tail patrols of the other side in areas where there is no common understanding of the Line of Actual Control in the India-China border areas.”

China’s track record on adhering to agreed CBMs and protocols on the LAC has been poor in the past few years. Having agreed to establish a hotline between the two military headquarters in 2013, the Chinese side scuttled the proposal by saying its embassy in Delhi should be notified first in case the Indian side wanted to make a call. Then, there were differences on encryption codes and translation arrangements. As a result, a hotline is still to be operationalized despite positive noises from the Indian side.