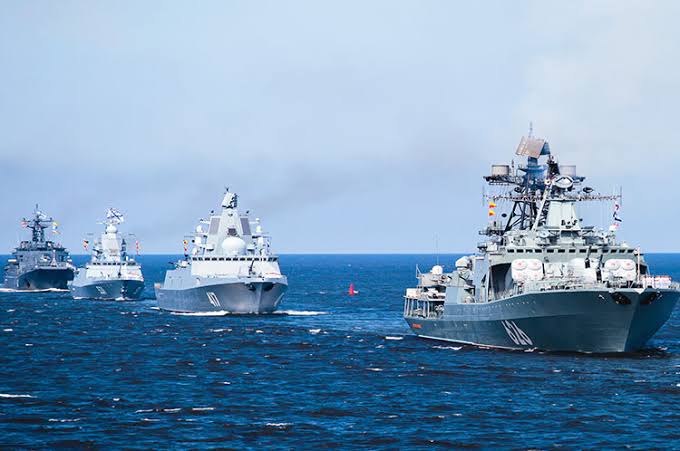 A Chinese Yuan Wang-class research vessel had entered the Indian Ocean last month. Now two Chinese research and survey vessels have entered in Sri Lankan waters have caught the eye of the Indian Navy. They may be possibly part of a larger ploy to gather data vital for conduct of naval operations, especially that of submarines.

“These vessels are ostensibly being deployed for locating wrecks of Chinese Admiral Zheng He’s treasure fleet, which reportedly sank off Sri Lanka in early the 15th century,” a source explained.

“An agreement to undertake marine surveys, including search for wreckages, was signed between the two countries during the visit of Chinese Communist Party (CCP) Head Xi Jinping to Sri Lanka in September 2014.”

A note prepared by the security and defence establishment said sustained presence of Chinese survey and research vessels also begs the question whether this presence is related only to search for wrecks as claimed.

There have been 12 declared visits since February 2014 and many more, which have not come to the attention of Sri Lankan authorities.

“Why do these vessels not conduct their activities closer to the shore, where the likelihood of finding wrecks and artefacts will be higher, as would be the ability of Sri Lankan authorities to monitor their activities,” the source said.

The note indicates that despite repeated requests from Sri Lankan authorities, these vessels do not disclose their activities or details of their movements within Sri Lanka’s Exclusive Economic Zone (EEZ).
“No details of equipment being carried are provided, nor the type of data being collected during deployment of these vessels,” the note said.

“Research data is also not shared with Sri Lankan authorities despite being mandatory as per the agreement. To buttress their claims of being engaged in purely historical and scientific missions, Universities at Kelaniya and Ruhunu are being engaged, albeit at a superficial level.”

Sources in the know said the CCP appears to have bullied its way and swept aside all questions being raised regarding their activities in this domain.

“It would be interesting to examine on how many occasions Sri Lankan authorities were permitted to embark these vessels? What was their level of access and has there been any tangible benefit to Sri Lanka from the deployment of these vessels?

The opacity with which these deployments are being undertaken and the unwillingness of CCP to share information with Sri Lankan authorities indicates motives apart from just marine archaeology,” another source said.

The note said survey and research vessels primarily gather data vital for conduct of naval operations, especially that of submarines. “Such unencumbered and suspicious activity within Sri Lankan waters will surely raise the hackles of other nations in the region and also has the potential to upset the delicate maritime balance in the IOR.”

The note added that the person spearheading the wreckage investigation project from the CCP’s side is Professor Hu Changing, Director of Shanghai Acoustics Laboratory at Chinese Academy of Sciences. It claims that Professor Hu has been deeply involved with the CCP’s military for projects, including for submarine sonar systems.
Sources said the CCP’s claims that these survey missions would be beneficial to Sri Lanka seem quite far-fetched, if not outlandish.

“In what can only be described as an attempt to put a square peg in a round hole, CCP has attempted to link the discovery of Zheng He’s wrecks to increased tourism from China,” a second source said.

“However, available data and predictions suggest that there is no such correlation. This is also despite the fact that in 2012, Sri Lanka had celebrated the 600th anniversary of Zheng He’s landing on the island nation and held special tourism promotion drives in Yunnan Province, which is Zheng He’s native place.”

While Zheng He is a revered figure back in China, he did not have a benign eye towards the island nation.
This is because Zheng undertook a series of naval expeditions to waters around Sri Lanka, using his fleet of Junks. These expeditions were undertaken to collect tribute and demand obedience towards the Chinese Emperor.

“This is much in the same way that modern day CCP’s economic debt-diplomacy aims to subjugate Sri Lanka’s interests,” the source said