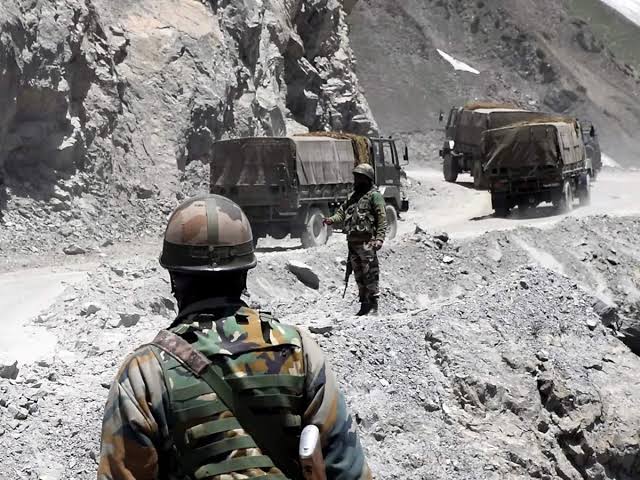 Chinese troops suffered 43 casualties during the face-off with the Indian Army at the Line of Actual Control (LAC) in the Galwan Valley region of Eastern Ladakh, news agency ANI has reported
The Chinese Army intruded across the LAC from parts of occupied Ladhak once again. Thereafter the Indian Army has been urging them to return back.

The two sides have engaged in the standoff in Pangong Tso, Galwan Valley, Demchok and Daulat Beg Oldie in eastern Ladakh since May 5. A sizeable number of Chinese Army personnel even transgressed into the Indian side of the LAC in several areas including Pangong Tso.

The Indian Army has been firmly objecting to the transgressions and demanded their immediate withdrawal for the restoration of peace and tranquility in the area. Both sides held a series of talks in the last few days to resolve the row.

The Indian side has been urging for the restoration of status quo ante and immediate withdrawal of thousands of Chinese troops from the areas which India considers on its side of the LAC.

“Indian intercepts reveal that the Chinese side suffered 43 casualties including dead and seriously injured in face-off in the Galwan Valley,” ANI said quoting sources.

ANI further reported that an increase in chopper activity has been observed on the Chinese side of the LAC to airlift casualties suffered by their troops during the face-off.

The report comes moments after the casualty figure on the Indian side was updated from three to 20. Earlier it was reported that one Indian Army officer and two Jawans were killed in action. However, the Indian Army has now confirmed that “17 Indian troops who were critically injured in the line of duty at the standoff location and exposed to sub-zero temperatures in the high altitude terrain have succumbed to their injuries, taking the total that were killed in action to 20.”

The Indian Army statement did not mention casualties on the Chinese side.

The over five-week-long stand-off between Indian and Chinese troops turned violent on Monday night, inflicting casualties on both sides.