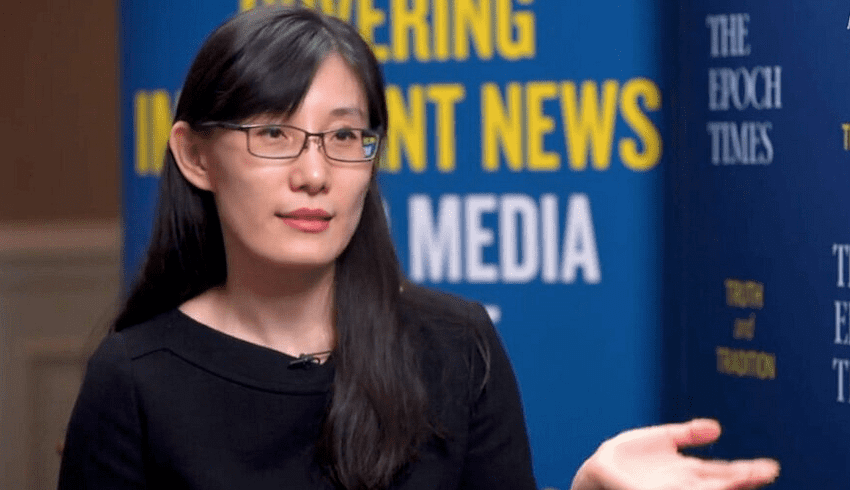 Chinese virologist Dr Li-Meng Yan has claimed that the novel coronavirus was made in a government controlled laboratory in Wuhan and asserted that she has scientific proof to back the claim.

The virologist, who became the whistleblower against the Chinese government over its handling of the coronavirus pandemic, was in December last year tasked with looking into a cluster of Sars-like cases coming out of mainland China. The top scientist working in Hong Kong claimed that she discovered a cover-up operation during her investigation and said that the Chinese government knew about the spread of the virus before publicly acknowledging it.

Dr Li-Meng, who specialised in virology and immunology at the Hong Kong School of Public Health, was allegedly forced to flee to the United States over safety concerns.

On September 11, she participated in an interview on British talk show “Loose Women” from a secret location and talked about her research on the coronavirus disease and the challenges she has been facing.

Dr Li-Meng said that she conducted two researches on the “new pneumonia” in China between December and early January and the second one in mid-January, and shared the results with her supervisor, who is a World Health Organisation (WHO) consultant. She expected her supervisor to do the “right thing on behalf of the Chinese government and WHO” but to her surprise she was told to “maintain silence or else she would be made to disappear”, which the virologist said was common sense among the Chinese.

At the time of the Chinese New Year, big transportations take place from China to all over the world. So, she decided against keeping silent as “this is a high [highly] contentious dangerous virus. I mean, this is about human beings and global health.”

Dr Li-Meng said that it was scary as she was facing threats but “I knew if I didn’t tell the world the truth I would be regretful.”

On January 17, she said she contacted a famous Chinese YouTuber in the US. The expose, which was in Chinese, explained that: (1) the Chinese government was just covering the Covid-19 virus, (2) human to human transmission of the disease already existed, (3) Sars-CoV-2 is a “high mutant virus” that will become an outbreak soon, and (4) the Wuhan seafood market and the intermediate hosts for the virus were just a “smokescreen.”

And the final thing, the scientist said was that “this virus is not from nature. This is based on the China Military Institute that discovered and owned some bad (maybe it’s bat, unable to hear properly) coronavirus named CC45 and ZXC41. Based on that, after lab modification becomes a novel virus.”

Dr Li-Meng dismissed reports suggesting the virus originated in wet markets, claiming her intelligence is “from the CDCs in China, from local doctors, doctors and other people around China.”

The virologist said she is working on a scientific report since January i.e. before leaving Hong Kong along with a small group of top scientists and will soon publish the findings. “We are going to publish it. There are two reports, the first one will come in several days and it will tell people about the scientific evidence,” she said.

Throwing light on the unpublished research, she said, “The genome sequence is like our human fingerprint. So, based on this you can recognise and identify this thing. So, I used the evidence existing in the genome sequence of Sars-CoV-2 to tell people why this came from China, why they are the only one who made it.”

She also said that anyone, even those without any knowledge of biology, can read it. “You can check, identify and verify it by yourself. It is the critical thing for us to know the origins of the virus. If not, it will be life threatening for everyone,” she added.