Congress Needs To Be Slammed And Dunked Over Rafale 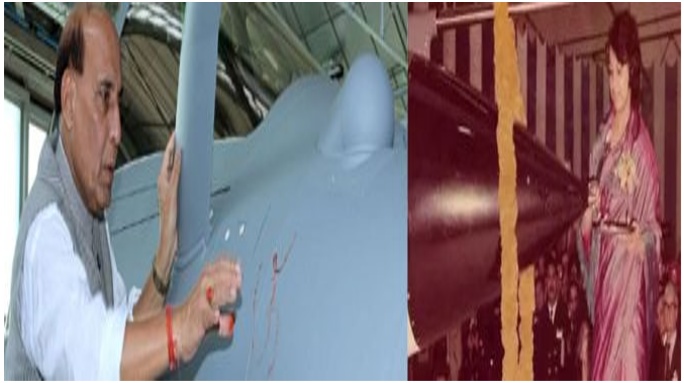 While the Congress is slamming Shastra puja performed for Rafale jet, the party itself welcomed the first Sea-Harrier aircraft with a similar ‘Puja’ in 1983

While the Congress is raising questions over Raksha Mantri Rajnath Singh performing a ‘Shastra Puja’ in the handover ceremony of India’s first Rafale jet, the two faced party itself had welcomed the first Sea-Harrier aircraft with a similar ‘Puja’ in1983. According to archives from Press Information Bureau (PIB). the then latest aircraft was welcomed into the Indian Navy by performing a traditional puja at British Aerospace Electronic Systems (BAE)’s Dunsfold airbase, England.

According to the archives, the Puja was performed by Naval Adviser’s wife, with a brief ‘aarati,’ followed by smashing of auspicious coconut on the hangar floor in April 1983 at the British airbase. The archives also reveal that the first three Sea Harriers were scheduled to be received only in December 1983.

Here is the photo of the puja from the archives: 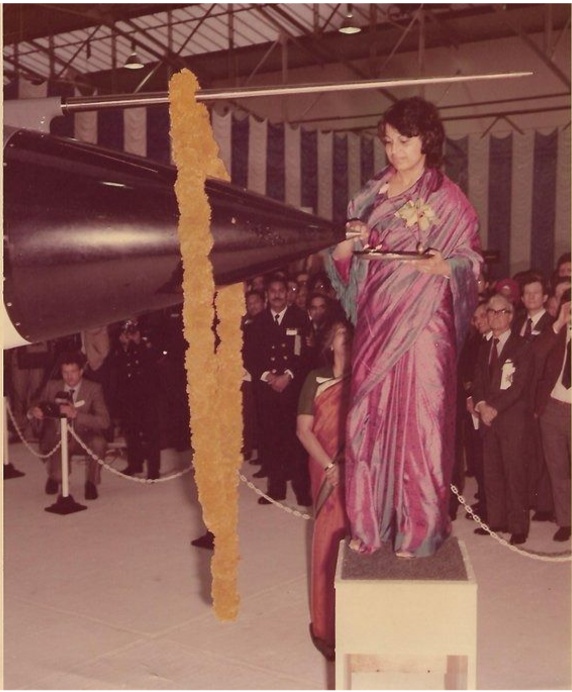 “The first three Sea Harriers flying via Malta, Luxor and Dubai, led by Lt Cdr Arun Prakash VrC, landed at Dabolim on December 16, 1983. This was followed by first deck landing on the carrier, INS Vikrant, on December 20, 1983 and the arrival of the first Sea Harrier T Mk 60 trainer, on March 29, 1984,” stated the Navy spokesperson in a press release. 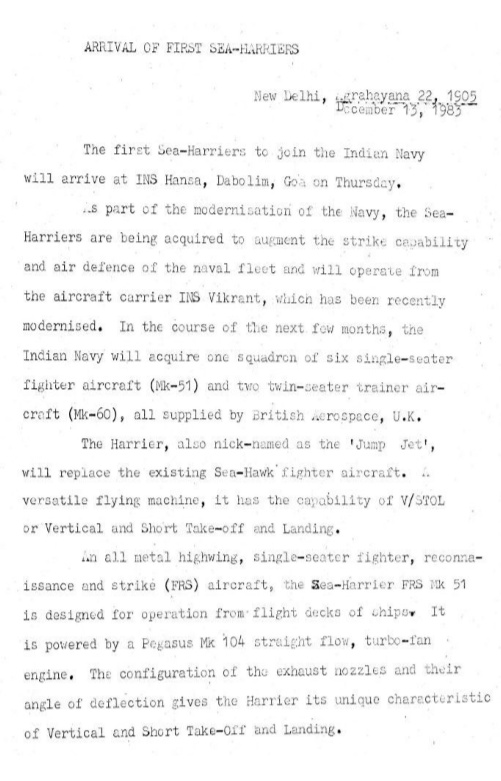 Similarly, In October 2019 Union Defence Minister Rajnath Singh went to France for the handing over ceremony of IAF’s first Rafale jet. After officially being handed over, the Defence Minister performed a Shastra puja at the Merignac air base in France. Visuals showed the Defence Minister marking the aircraft with the auspicious symbol – ‘Aum’ with Vermillion.

This traditional ceremony is being questioned by Congress senior leader Salman Khurshid,. He questioned why ceremony of only one religion was observed. He claimed that it would have been better if the jet had been blessed according to all religious customs.

He added that the Indian Army accommodated all religious beliefs in the country. Slamming the inconsistency of the BJP government, he questioned why was the same not followed outside India.

Shastra Puja is symbolic of India and represents all religions residing in this Country. Congress should know that no is even listening to their crocodile tears on such issues.

And then there are other who are more of Court jesters rather than leaders. Former Leader of Opposition Mallikarjun Kharge slammed the ritual itself, calling it a farce. Though the public is confused regarding what is what …..his utterances or the Party itself.

He said it was done to emotionally move people. This jester takes pride in pointing out that the deal has been in the works for 25 years. So now the people know who have been responsible for making the IAF obsolete.