Congress Own-Goal On Kashmir May Hasten Its Demise 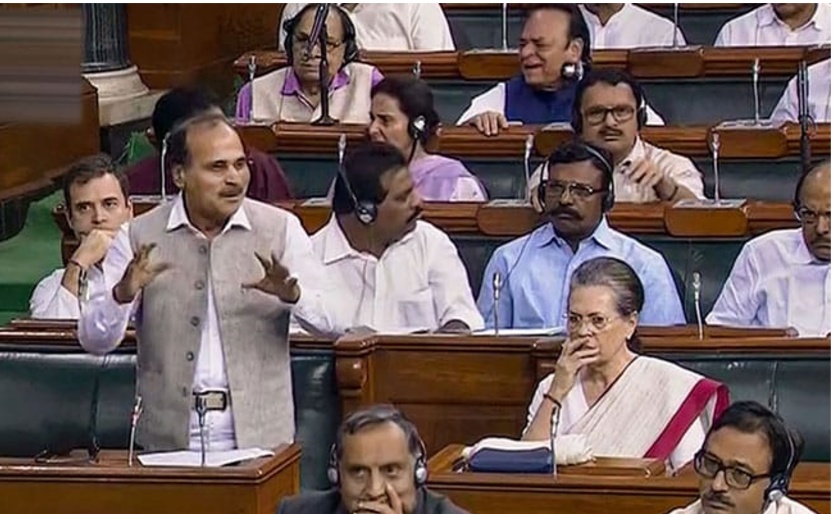 Amit Shah, after introducing the historical J& K bill in the Rajya Sabha, made the next announcement in Lok Sabha on the decision to end Jammu and Kashmir’s special status under Article 370 and to bifurcate the state into two union territories.

Adhir Ranjan Choudhary Leader of the Congress Party in Lok Sabha then opened his big mouth to utter the most idiotic thing, deeply shaming his party to the hilt. Adhir Ranjan Chowdhury demanded the government’s position on Pakistan-occupied Kashmir (PoK) while referring to a 1994 resolution by the Lok Sabha that the entire Jammu and Kashmir was an integral part of India. He said the government had thrown rules and regulations out of the window by proposing to create two union territories out of Jammu and Kashmir.
“I don’t think you are thinking about PoK, you violated all rules and converted a state into a union territory overnight,” Mr Chowdhury said.

The Home Minister told Mr Chowdhury not to make a “general statement”. “I want to make it very clear that Jammu and Kashmir is an integral and inseparable part of India. There is absolutely no doubt over it, and there is no legal dispute on this,” Amit Shah asserted.

At this point, Sonia Gandhi, seated right next to him, looked back at her son Rahul and appeared to gesture her shock. Rahul Gandhi was seen shaking his head slightly.

Chants of “Bharat Mata ki Jai” and “Vande Mataram” erupted from the government benches at that statement.

Choudhary’s own-goal in parliament today on the government’s Jammu and Kashmir move has upset Sonia Gandhi and Rahul Gandhi, sources say. by appearing to suggest that Jammu and Kashmir is not an internal matter.
The Congress leader then blundered into comments that he would find difficult to undo later.

Sources say Sonia and Rahul Gandhi are angry with Mr Chowdhury because in a meeting of Congress lawmakers in the morning, the line to be taken was discussed in detail. The lawmaker’s blunder had taken the discussion to an entirely different course and given Amit Shah a handle to attack the Congress with, leaders felt.

Rahul Gandhi has decided not to speak in the Lok Sabha during the debate on the Kashmir move.

Mr Chowdhury later clarified, saying he was misunderstood and quoted out of context.
“All I did was seek the government’s clarification… this government is now making this an issue. If you go back and see what I said, you will see that I was the one who asked about PoK as well,” he said.