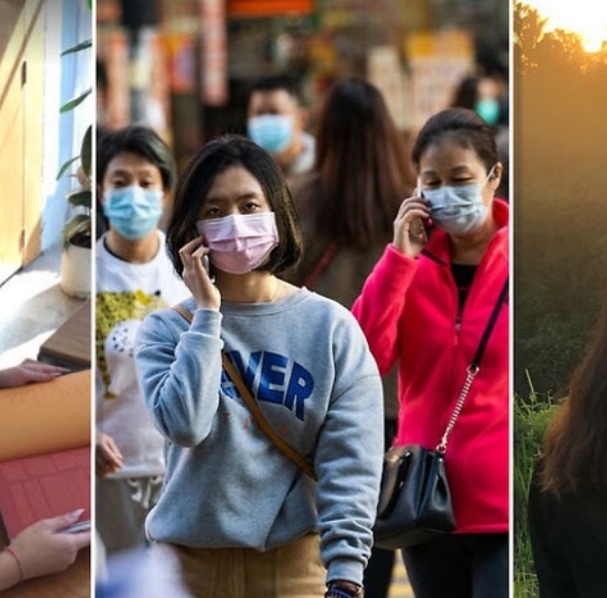 Across the country supermarket shelves are being stripped bare as Australians start stocking up on essentials, should a coronavirus pandemic be officially declared.

The number of countries affected by coronavirus has exceeded 60 and three further cases were identified in Australia on Sunday.

Milly, a mum from Western Sydney who did not want to be identified, said she spent the last week “feeling like a doomsday prepper” having transformed her spare room into a walk-in pantry.

“I started stockpiling like canned beans and vegetables, canned fruit, toilet paper, cat food, dog food, just basic stuff that I can keep in my spare room,” she said.

She said she was particularly on edge, because her five-year-old son had a lung disease which was worsening.

“I thought it would be prudent seeing as we are at the Children’s Hospital quite a bit, that if there was to be an outbreak that we would probably be more likely to contract that type of illness with our hospital visits,” she said.

“Last year I had a severe case of influenza that was going around and ended up in hospital myself even after being immunised.

Some people are stocking up on essential items like toilet paper.

“So being that sick [plus] my son’s lung disease … and this being a respiratory illness just made me want to be prepared just in case.”

She said her son’s medical condition meant she was also stockpiling medical supplies.

“He is on two different types of asthma preventatives, he is on oral steroids nearly twice weekly as well, he has to have his asthma puffer every four to six hours every day and also on a nebuliser at night, nearly every day,” she said.

Shoppers are stockpiling essential items such as hand sanitiser and tinned goods.

Professor Ian Mackay, an infectious disease specialist from the University of Queensland, said a pandemic would occur in “weeks to months”.

“The virus will eventually get here. It will be worldwide … we can’t really avoid being infected at some point,” Professor Mackay told ABC Radio Brisbane.

But Professor Mackay said it was not about “panic buying” but rather being smart with what you add to your trolley.

“We can do a little bit of prep ourselves to make us feel a bit in control.

“We can get in a bit of stock, foods, dried foods, dried fruits, some medicines — if you have any prescriptions it’s good to get those filled now.

“Just ahead of time, in case there are any disruptions to shelf stock or shelf supply — things like truck drivers getting sick.

“We can be a little bit ahead of that curve and we’ve still got plenty of time because the virus isn’t spreading widely here yet.

Antibacterial and hand sanitiser products are also in short supply.

“It’s not surprising that we are going to see deaths because this virus does kill people, especially the elderly who have underlying diseases.

“For the next few weeks [at the supermarket], add a few things extra that you can stick in a box called pandemic stash. Don’t panic buy.”

Woolworths confirmed in a statement that it had seen an “increase in demand for long-life pantry items and household staples”.

“We have good stock levels to draw on in our distribution centres and will continue working closely with our suppliers to maintain supply,” a spokesperson said.

A spokesperson for Coles supermarkets said there was currently a shortage of some antibacterial handwashes and hand sanitiser products due to high demand.

“Coles has increased the number of deliveries to stores this week to improve availability on popular products, such as long-life pantry staples and healthcare items,” the spokesperson said.

“We are continuing to work with our suppliers to maintain availability for customers.”

An Aldi worker from northern New South Wales said toilet paper and hand sanitiser had “flown off the shelves” with many customers expressing the sentiment: “better safe than sorry”.

Dr Maria Boulton, a GP from Brisbane’s northern suburbs, said many of her patients and even her friends were starting to stockpile.

“A lot of people I know are stockpiling and I know if you go to some hardware stores there are no masks left,” she said.

“We are hearing that over the last week or so people have started to stockpile food, medications, batteries, cleaning supplies.

“The more important thing is people who, for example have asthma; making sure they have an adequate supply of inhalant supplies and medications.

Face masks and respirators are in short supply at many shops in Brisbane. (ABC News: Curtis Rodda)

“In case they get sick with coronavirus or even the flu, which is also coming, it’s almost winter.

“They need to make sure they have adequate puffers at home in case they have an exacerbation of their asthma.”

But Dr Boulton said general practitioners in Queensland were struggling themselves with short supply.

“What we’re heading towards is the fact that 50 surgical masks will last, in a place like my clinic, two days, maybe less,” she said.

“Two days, that’s it, unless we receive more stock from the Government … in that stock I would like to see not just surgical masks but respirator masks which actually provide increased protection against respiratory droplets that people spread when they’re sick.”

In January, Health Minister Greg Hunt said there was a national medical stockpile of 12 million masks which would be sent where they were needed.

States and territories can request access to the stockpile with final approval given by chief medical officer Brendan Murphy.

So far, more than 1.4 million surgical masks have been handed to GPs, health workers, pharmacists, and government agencies dealing with “at-risk or high-risk individuals at the border”.