Currency war can only lead to collapse of US dollar 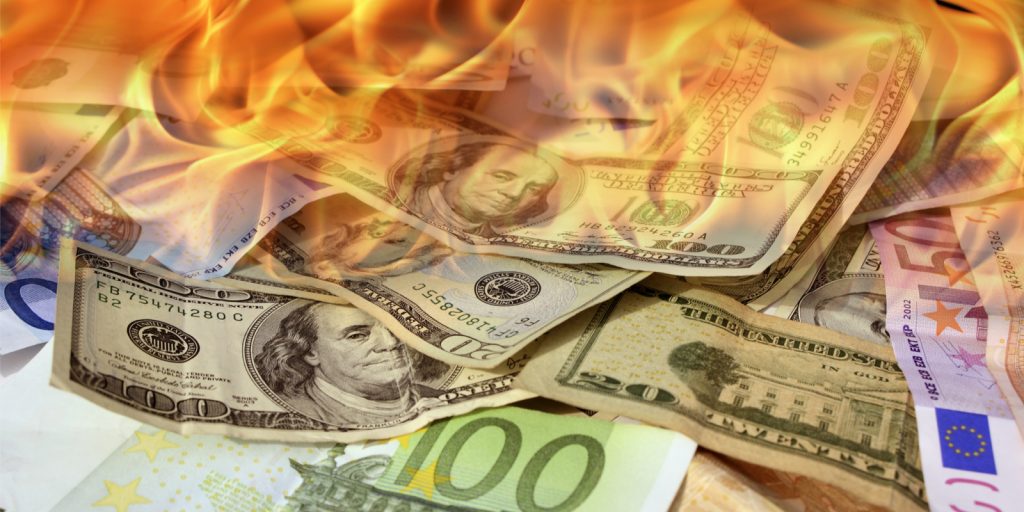 The US Federal Reserve on Wednesday cut its target range for the federal funds rate by 25 basis points (bps), even as the US economy enjoys the longest expansion on record. However, US President Donald Trump can hardly be satisfied with a 25 bps cut, and he’s likely to keep up pressure on the Fed for something more substantial.

Trump tweeted in May that “it would be game over, we win” if the Fed ever did a “match” to reduce interest rates. It’s no secret that Trump wants to pump money into the financial system to support the US economy. Now Trump is very close to waging a currency war, and it seems the Fed can hardly stop him.

Beijing is fully prepared if Trump seeks a currency war with China. Interest rate cuts are not the only tools at US policymakers’ disposal to weaken the US currency. In 1985, the US signed the Plaza Accord with Japan, West Germany, France and Britain to artificially depreciate its currency against the yen. However, a Plaza Accord-style currency intervention seems highly unlikely today. A currency war is doomed to fail in today’s world economy.

Trump doesn’t like the US to have trade deficits. It is understandable that he advocates a weak dollar policy because a depreciation of the dollar can pump up US exports and thus cut the trade deficit. A currency war might help Trump achieve the goal of reducing the US trade deficit in the short run, but a rapid depreciation will result in a collapse of US-dollar denominated credit.

The US dollar’s exorbitant privilege has long given the US economy extraordinary leverage, but now Trump seems to want to give up that privilege in return for a temporary trade deficit cut. A currency war will result in a collapse of the US dollar. China is prepared to prevent possible risks arising from the currency war.