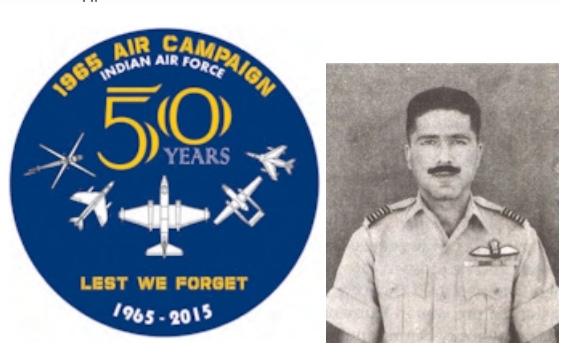 There was one aircrew in the Indian Air Force who could fly anywhere into Pakistan as they pleased. Whether it was Skardu or Karachi or Quetta, they would foray deep into Pakistan during day and come back with valuable intel and imagery. The crew was led by Squadron Leader ‘Jaggi Nath’ MVC and Bar.

Till September 5th, the IAF had not committed any other aircraft beyond the Mysteres, Vampires and Gnats at Pathankot. The Hunters had not seen any action being based entirely at Halwara and Palam. The same was not true of the Canberras.

Unknown to the Pakistanis, and even many on the Indian side, a lone Canberra PR57 was being regularly flown by an intrepid pilot over key Pakistani locations in broad daylight for photographic information. The pilot was Sqn Ldr Jag Mohan Nath, a veteran of the 1962 Ops. Nath already had a Mahavir Chakra under his belt for the daring photorecce missions he carried out over Tibet at the height of the 1962 war with China: perhaps the only operations carried out by IAF aircraft not belonging to transport or helicopter units. 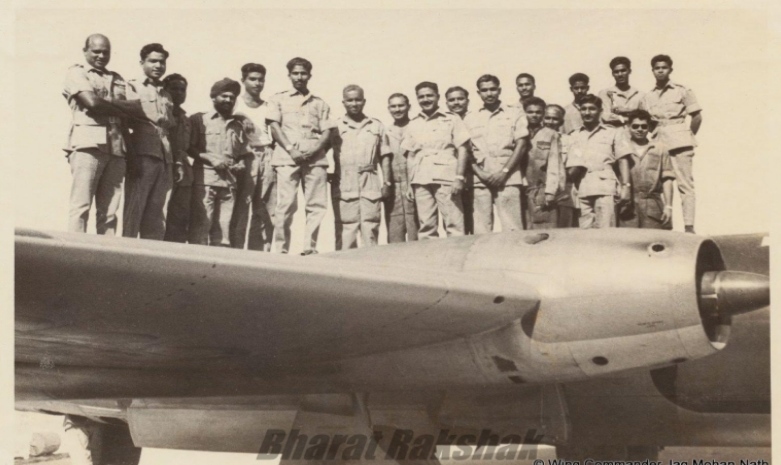 In this rare wartime photograph, Wg Cdr (Then Squadron Leader) Jag Mohan “Jaggi” Nath, MVC and Bar, poses on top of a PR Canberra with various other Squadron members of No.106 Squadron.

Nath’s unit, No.106 SPR Squadron was the Air Force equivalent of “Army HQ Reserve”. They operated directly under the Chief of Air Staff, Arjan Singh and their level of briefing and mission objectives were always top secret – known only to the Chief and the pilots on the mission. To this end, Nath always had special access directly to the Chief’s office. The squadron was commanded by Wg Cdr MR Agtey and had a unit establishment of just eight aircraft (keeping in line with the U/E of PR Squadrons).

However during the 1965 operations barely four Canberras were serviceable at any point of time.
Typical missions carried out before the operations broke out on Sept 1st were sorties over forward areas to photograph enemy Army formations. Photorecce sorties in a Canberra were not for the meek hearted. They had to be carried out in broad daylight at extremely low altitudes or as Nath put it, at ‘deck level”:

All my missions were done at deck level during daytime. Tree top level. 30-40 feet off the ground. Because you did not want the radar to pick you up. So it was all low-level navigation based on timing.

Flying at low level limits your area of vision, making navigation much more difficult. If you had been flying at a higher altitude, you have a greater field of vision allowing you to pinpoint your position much easier on a map.

So while flying at low level, your mind always has to keep up with the calculations, how many seconds it takes, how long it takes all on large scale maps. And when I felt I was somewhere in the area that I wanted to photograph, I would accelerate the Canberra to its maximum speed possible and pull up steeply to gain height to 12,000 feet, where the cameras are switched on to take the photographs.

Why 12000 feet? You may ask. The 12000 feet was the limiting factor, because of the cameras, which were meant for the high altitude aerial photography.

The cameras that we were using were the 20-inch and 36-inch cameras used for high-resolution pictures. They used to give identical coverage and work as telephoto cameras.

Whenever you plot it on the map, these smaller scale photographs would tally almost exactly with all the features on a similar scale map. For this camera the lowest altitude at which they would be effective is 12000 feet.

So if you were lower than stipulated, there will be incremental movement due to the forward motion of the Canberra, which would result in blurring. So the definition in the photographs will not be up to the mark. Thus it always required us to fly at a speed of 120-140knots.

So my technique was to fly low-level, pick up speed in the last moments, and then climb on to 12000 feet till such time the speed itself fell down closing to stall. The aircraft would almost be staggering.

So there was Nath, flying a huge aircraft like the Canberra at less than 50 feet altitude, climbing to 12000 feet to take pictures and then diving down to the same low-level altitude on the way back home. It was a miracle that Nath came back unscathed.

A view of a Canberra PR 57 Recce Bomber. clearly showing the oblique Camera window panes in the belly of the aircraft. The PR variant did not carry any armament.

September 5th brought a new task for Nath: to take a Canberra to the Lahore sector in the Ichogil Canal area and to take photographs along the Canal. No doubt this was in preparation for the impending Indian Army move across the international border.

The Army would have needed information on not only the fortifications and bridges but also on the degree of preparedness of Pakistani Army formations.

Accordingly Nath took off from Agra in his PR57 and then proceeded over to Pathankot. After crossing over from Pathankot into Pakistan territory, he turned southwest to go over the Ichogil Canal area to start his filming. As was usual with his sorties, the timing and touring of the sortie were not disclosed to other Indian airbases.

As soon as the task at hand was accomplished, and as Nath turned back towards Indian territory, Nath noticed two PAF Sabres trying to get in a position to intercept him. As he was almost over Indian territory or had already crossed over, Nath called out over the R/T for help from Indian fighters.

Meanwhile, Wg Cdr Wollen was flying back in his MiG-21 to Pathankot after completing a regular ‘show of force’ sortie over the forward areas. Wollen was on landing approach when he heard Nath’s call.

Though low on fuel, Wollen elected to abandon his approach and go to Nath’s aid. But his help was not needed. As Wollen approached the Canberra, the ‘Sabres’ chasing Nath turned out to be two IAF Mysteres.

Since Nath’s sortie was kept secret from all formations, No.230 SU assumed Nath’s returning Canberra was a PAF B-57 and scrambled two Mysteres.

With the confusion sorted out the aircraft returned to their respective bases without further excitement. But not before Wollen’s MiG flamed out due to fuel starvation as he completed his landing run and taxied back.

Nath was to carry out more daring ‘raids’ during the remaining days of the war, including a daylight mission to Quetta, right on the Pakistan-Afghanistan border and a photo recce sortie on Badin.

Unsurprisingly, at the end of the war, Nath became the first IAF officer to be awarded a Bar to the Mahavir Chakra, an achievement that makes him the highest decorated living IAF officer today. 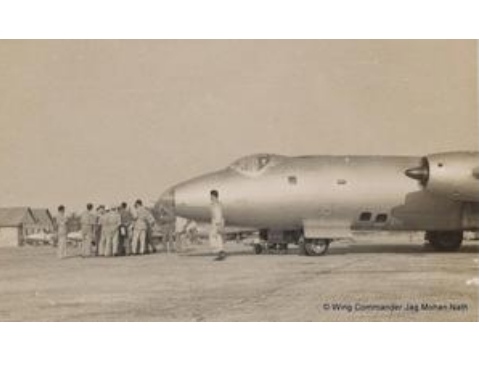 Apart from Jaggi Nath who was awarded a Bar to his MVC (i.e a second MVC Award), the Navigators who flew with Nath, G K Garud and G Railkar were both awarded the Vir Chakra. Jaggi Nath’s Citation is reproduced below. Note the date effective date which was given as 1st Sept 1965.

Details : Bar to MVC During the Indo-Pak War 1965, Sqn Ldr Nath was again the Flight Commander with the Strategic Photo Reconnaissance Squadron flying the Canberra aircraft. He led his unit several times over the hostile territory to obtain vital information about the enemy.

The unescorted missions, which were in the nature of reconnaissance, entailed flying long distances over the enemy territory and well-defended airfields and installations during day light. Sqn Ldr Nath was fully aware of the risk he was running on each of these missions.

Still, he chose to undertake the risky missions himself. It was after great persuasion that he allowed his colleagues to do some risky assignments. The information gathered by him during his missions proved vitally important to Indian air effort. 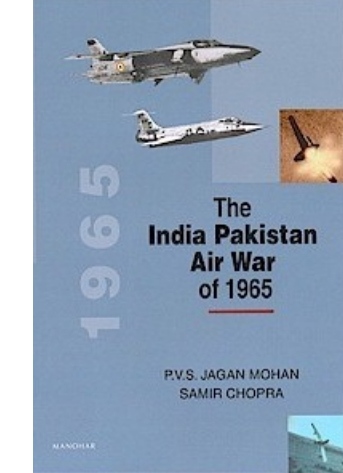