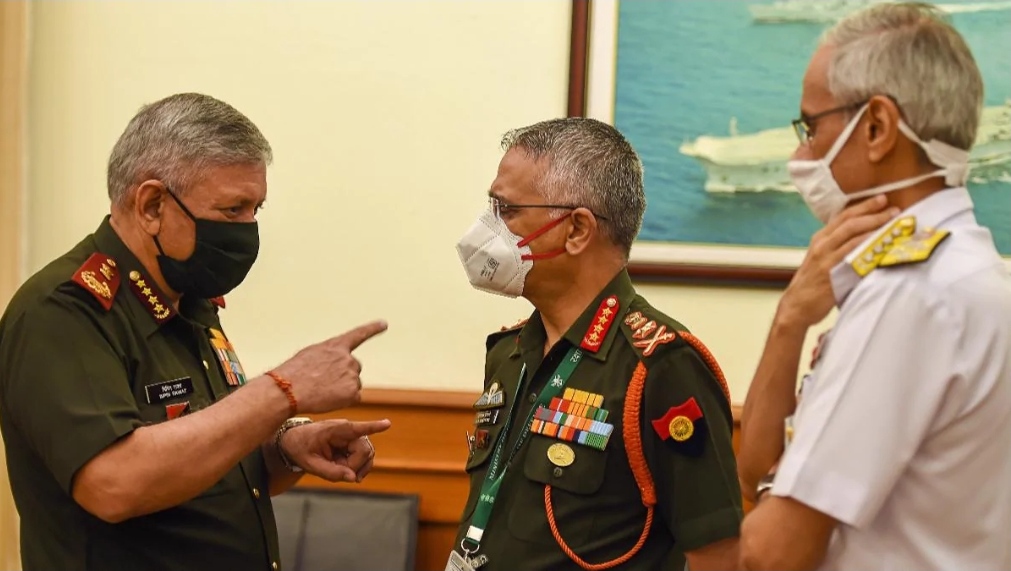 The Department of Military Affairs (DMA) is planning to implement a proposal to increase the retirement age of all officers in defence forces of India by 1-3 years by April 2021.

This comes after the government received positive response to the retirement age extension proposal. The Department of Military Affairs is planning to implement this from April next year.

“The proposal on retirement age for Colonels, Brigadiers and major general rank officers and their equivalents in Army and Navy would be increased by three, two and one year, respectively,” top government sources told News Agency.

Sources also said the DMA led by CDS General Bipin Rawat is planning to implement the new norms by April 1, 2021. The retirement age was proposed to be increased in order to retain the highly-skilled manpower in the defence forces.

The proposal envisages to enhance the retirement age of Colonels and equivalents in the Air Force and Navy as well and the age would now be increased to 57 from the existing 54 years.

The retirement age of Lieutenant Generals would still remain at 60 years and it will remain unchanged.

The retirement age for junior commissioned officers and jawans in logistics, technical and medical branch has also been increased to 57 years and this would include the EME, ASC and AOC branches of the Indian Army as well.