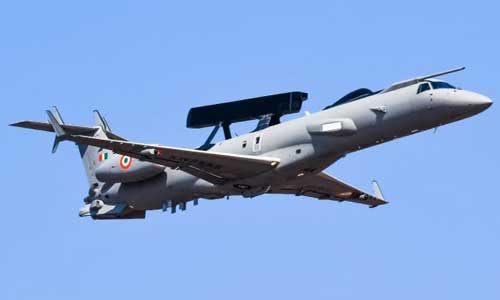 The indigenously-built aircraft was handed over to Western Air Command chief, Air Marshal Raghunath Nambiar, at the Bathinda Air Base in Punjab.

The Netra, an Airborne Early Warning and Control (AEWC) aircraft, had played a stellar role during the Balakot air strikes that had been carried out by the IAF in February this year. It provided surveillance and radar coverage to the five Mirage jets that bombed terror launch pads in Balakot in Khyber-Pakhtunkhwa province in Pakistan.

Designed and developed by scientists of the DRDO, with assistance from the Bengaluru-based Centre for Airborne Systems, the Netra is fitted with indigenously developed electronics and hardware.

It is useful for surveillance, tracking, identification and classification of airborne and sea surface targets and is useful in detecting incoming ballistic missile threats.