A duplicate branch of State Bank of India, running for the past three months, was identified and closed down by the Tamil Nadu police yesterday and three people were arrested in the case.

A duplicate branch of State Bank of India, running for the past three months, was identified and closed down by the Tamil Nadu police yesterday after officials of the state-run lender found out and filed a complaint.

Among the three people arrested in the matter is a son of a former SBI employee, who had become well-versed with operations of the bank during his various visits over the years.

The fake SBI branch was opened at Panruti in the Cuddalore district of Tamil Nadu. However, police claim that so far no customer has reported having lost money in the branch.

Bank officials requesting anonymity told Financial Express Online that State Bank officials were made aware of another branch in the city after which they lodged a complaint with the local police authorities. The three arrested include Kamal Babu (19), A Kumar (42), and M Manickam (52). Kamal Babu is the son of a former SBI Bank employee and his mother retired from a bank 2 years ago. The three accused have been booked under sections 473, 469, 484, and 109  of the Indian Penal Code, according to local media reports.

Officials from the original SBI branch in Panruti, upon visiting the fake branch found that the infrastructure mirrored that of official branches of the bank according to reports. Police officials said that Kamal Babu had procured lockers, technological hardware, and other documents for the duplicate bank.

The accused, police said, visited his now-deceased father at SBI during his younger days and from there remembered various aspects of a bank branch. Kamal Babu had applied for his father’s bank job but his application was delayed.

Surprisingly, no customers from the city have reported any loss of money at the fake branch. Kamal Babu who is said to be the brains behind the operation told police officials that his intention was never to cheat people but he only wanted to open a bank for himself, local media reports said. 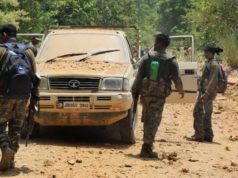 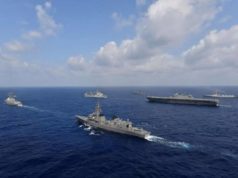