Explained : Why onions are a new cause of concern in US and Canada

Salmonella Infection: Health authorities in the US and Canada have found a link between a salmonella bacteria infection and onions. What is this infection, and how does it transmit through onions? 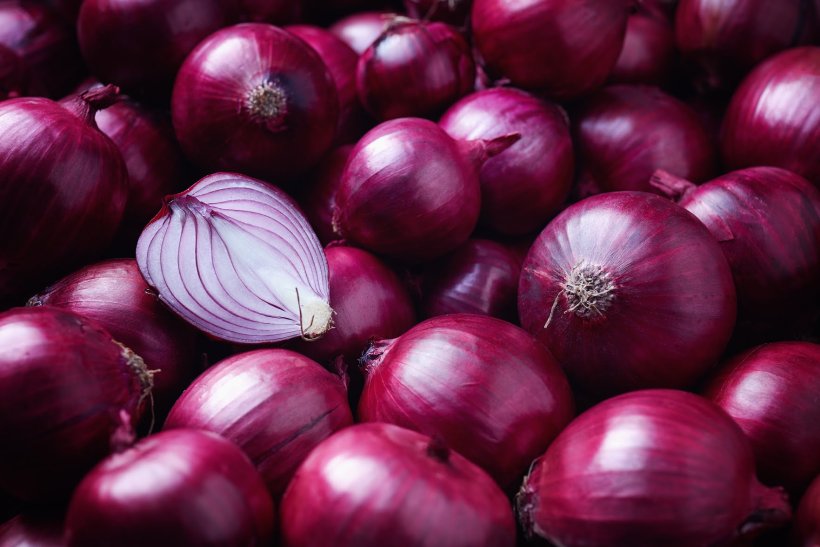 Salmonella can transmit to humans through contaminated water or food. In this case, it was through onions.

Onions have become a cause of concern in the United States and Canada. Over the past week, health agencies in both countries have put out alerts asking its citizens to discard onions supplied by California-based Thomson International Inc, linking a salmonella bacteria infection with the bulb.

What is this infection, and how does it transmit through onions? We explain:

The salmonella bacteria resides in animals. When it enters a human body it causes salmonellosis, an infection that attacks the intestine, and can cause diarrhoea, abdominal pain, fever, vomiting, bleeding in stool and nausea. The symptoms of the infection last anywhere between 2 and 7 days. However, bowel function could sometimes takes months before returning to normalcy. In some cases, it spreads the infection from the intestine to the blood stream.The infection hits children, below the age of five, and senior citizens the worst. The good news is less than 1 per cent of infected people succumb to the infection.

What is the extent of infection spread?

The US Food and Drug Administration reported on August 1, 2020 that Thomson International recalled red, yellow, white, and sweet yellow onions shipped since May 1. The onions were given to distributors, wholesalers, and major supply in all 50 states of the US, Canada and parts of Columbia. Some of the big chains included Walmart and Kroger.

Thomson International said the onions were sold in mesh sacks and cartons. They were also part of a multi-ingredient food product making it difficult to assess which packages were contaminated. Initially, only red onions were suspected to be infected, but, fearing cross-infection with other varieties, the company recalled the entire produce from California.

In the US, the Centers for Disease Control and Prevention (CDC) confirmed there were 640 cases across 43 states till August 6, 2020. The maximum cases were in Utah (90), Oregon (85) and California (76). At least 85 people were hospitalised, but there were no deaths.

In Canada, 239 confirmed cases were reported by the Public Health Agency. People reported sick between mid-June and July. At least 29 required hospitalisation in the country, its public health agency reported.

Salmonellosis outbreak: What measures have been taken?

The Canadian government put out an advisory to restaurants, retailers, hotels, and the general public, which read: “Do not eat, use, sell or serve any red, yellow, white, and sweet yellow onions grown by Thomson International Inc. of Bakersfield, California, USA, or any products made with these onions.”

In the US, the CDC advised people to throw away onions if they did not know where it was produced. It asked restaurants, hotels and retailers to ensure onions with the brand label attached to Thomson International were not served.

The US Food Safety and Infection Service noted: “FSIS is concerned that some product may be in consumers’ refrigerators. Consumers who have purchased these products are urged not to consume them. These products should be thrown away or returned to the place of purchase.”

What is Thomson International?

The company cultivates, packs and supplies onions, cabbages, watermelons, and bell peppers to retailers, wholesalers, and food service operators in North America. It also exports to other countries. Most of its farmlands are located in Bakerfield, California, and in Mexico. Thomson uses a variety of seeds and hybrid plants to grow its produce. The produce by the company is sold under various brand names — Thomson Premium, TLC Thomson International, Tender Loving Care, El Competitor, Hartley’s Best, Onions 52, Majestic, Imperial Fresh, Kroger, Utah Onions, and Food Lion.

The infections are expected to further climb. It takes one to six days for symptoms to emerge. According to the Public Health Agency of Canada, the US CDC and Canadian Food Inspection Agency are investigating commonalities to identify the source and cause of contamination in the onions.

The US FDA stated, “The investigation is ongoing and additional information will be provided as it becomes available.”