FATF : India Must Think Of Sanctions Of Its Own 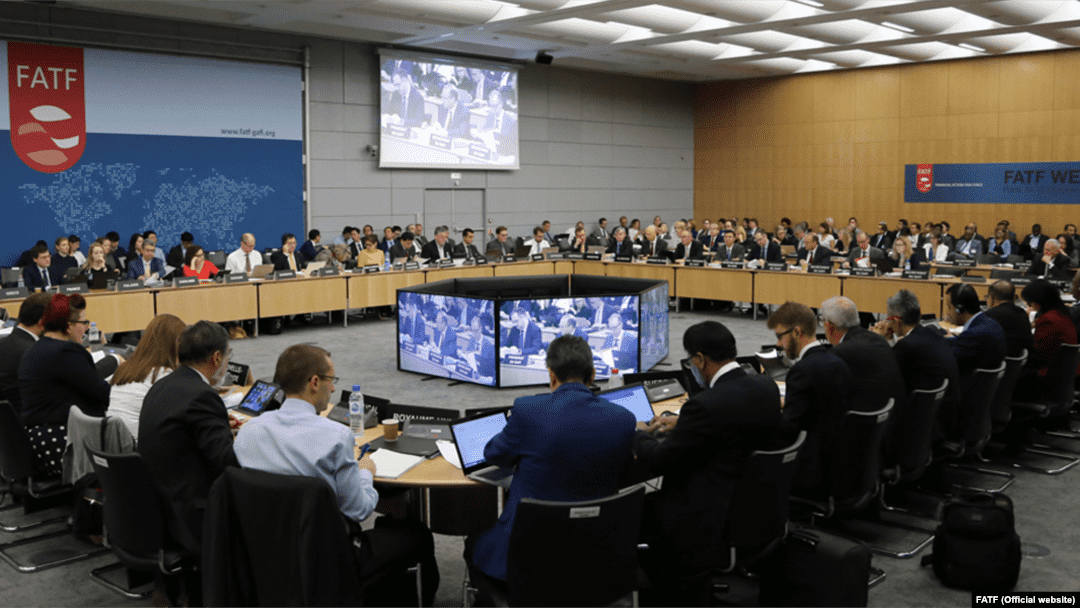 The Financial Action Task Force (FATF) continued to weigh in on Pakistan by retaining it on the grey-list till February 2021. Pakistan was first placed on the FATF grey-list between 2012 and 2015, and has been on it again since 2018, for supporting terror financing. The country has done little to address and allay the concerns of the FATF.

Amongst its feeble attempts to avoid the blacklist in the plenary that took place recently, the Imran Khan-led government hastily passed three Bills to show compliance with the AML/CFT (anti-money laundering/combating the financing of terrorism) obligations and hired an American lobbying firm to help it hoodwink the FATF.

Things at home are not smooth for Pakistan either. The country’s opposition is aggressively questioning the ‘deep state’, the Pakistan military, for its superseding role in Pakistan’s economy, politics and elections. The Pakistani military operates many organisations that conduct commercial business, commonly known as ‘milbus’.

Most of these are run by four parent entities, each associated with different commands of the military: Fauji Foundation, Shaheen Foundation, Bahria Foundation and Army Welfare Trust. Largely, the beneficiaries of these are former and current military personnel.

While Pakistan has been in the throes of Covid-19, its military has succeeded in insinuating itself into a more central position in national affairs. In March, Pakistan’s Prime Minister invoked Article 245 of the country’s Constitution, allowing the military to ‘act in aid of civil power’.

Moreover, military personnel have been appointed in key positions within the government, with Lt Gen Asim Saleem Bajwa appointed as special assistant to the PM for information broadcasting, also chairman of the CPEC Authority that oversees Chinese infrastructure projects in Pakistan. Shortly after, he resigned from the new appointment following graft charges.

The increased role of the military can be attributed to the US retreat from Afghanistan, giving new confidence to Pakistan. No surprise, then, that, in the last few months, there has been renewed border tensions in Kashmir, and with Covid-19 a greater Chinese presence in Pakistan.

With the shifting dynamics of the current geo-economic climate in the Indo-Pacific and the world, now might be the opportune time for India to consider new strategies to manage Pakistan effectively in the post-Covid-19 era.

The decision of the FATF at its review meeting in February and June 2021, on Pakistan’s listing, led by the German presidency, should shepherd the way for India’s policy on Pakistan.

One economic strategy that has not been considered comprehensively thus far is the imposition of sanctions. Sanctions are a means of effective economic statecraft and foreign policy, used extensively by countries and multilateral institutions for imposing control on the disagreeable behaviours of some countries.

Pakistan has rarely been sanctioned, despite having been under global censure—including the grey-listing by the FATF. This is because it has powerful patrons such as China, and until recently the US. This status quo, however, can change in the post-Covid-19 world.

In the wake of attacks in Pathankot, Uri and Pulwama, there are strong arguments in favour of India toughening its laws to incorporate a sanctions regime to handle the aggression from Pakistan. There are a few things India needs to consider to execute this effectively.

The first step to can be the strengthening of the Unlawful Activities (Prevention) Act, 1967, which allows for specific and targeted imposition of sanctions. The law needs to define and use the appropriate terminology for the action suggested—sanctions, and provide a rationale for what will be prohibited and why.

India needs to develop a targeted strategy to focus on the business interests of Pakistan’s military. Identifying companies and individuals from India that do business with Pakistani entities or have a presence in Pakistan will also help.

India should adopt a multipronged approach rather than impose sanctions in silos. With its focus on Neighbourhood First, Act East and multipolarity, India is nurturing friendships, and can leverage these in the implementation of its sanctions strategy against Pakistan.