The Indian Air Force in 2001 projected an urgent requirement for 126 Medium Multi Role Combat Aircraft (MMRCA). The process of selecting the same was completed in 2007 under the UPA, wherein Rafale and Eurofighter were shortlisted.

After the Commercial bids were opened, Rafael emerged the winner. However no progress was made in the price negotiations and other parts of the deal even till early 2014.

It is whispered loudly that The UPA had actually selected a middleman, who was to get a 10 per cent cut. The deal finally was not signed also perhaps because of this.

Although the IAF was desperate, then Defence Minister AK Antony refused to sign any paper. Then, it was said that the Government had no money; it was decided to postpone the purchase until the next government assumed power.

When the Modi government came to power, Eurofighter was hopeful of getting the deal as it felt the one selected by the UPA could be replaced. They lobbied hard with support from the British government.

However seeing the urgency, Modi Government in Consultation with the IAF went for two squadrons of Rafael through a Govt to deal with the French Government.The deal was worth only Rs 58,000 crore.

But then stepped in Shri Rahul Gandhi on behalf of the honorable men of the Congress. He and his cronies started saying that due to the PM, Anil Ambani benefited to the tune of Rs 30,000 crore from this govt to govt Rafel deal, which is absurd.

The Congress has to answer why it delayed the deal for 10 years when the Air Force was in dire need of medium combat aircraft since 2004. Modi did a great service to the nation by reducing the number of aircraft from 126 to 36 for an urgent deal.

By reducing the number to just two squadrons Modi also saved a large amount of foreign exchange. If the idea was to make shady deals as Rahul Gandhi had alleged, then, the government would have gone ahead with a larger order package.

The Congress Party with Rahul Gandhi in lead are trying to keep the Rafale deal as a major poll plank in the absence of a topic that can create a narrative against Prime Minister Narendra Modi. The NDA has entered into a government-to-government deal, so there is neither any middleman nor commission agent.

The Congress has not been able to dig up any scam. No evidence of any kickbacks has been brought in the public domain by the Congress chief, though he persistently and quite unabashedly keeps abusing the PM. The CAG, the Supreme Court, and the French government have pronounced that there was no wrongdoing and that the deal is in India’s benefit. For about a year, Rahul has been making unsubstantiated allegations and repeating lies in the hope that just a bit of it may stick on Modi personally.

The Rafale deal started with the UPA. Between 2012 and 2014, there was a 100 per cent escalation in its price. Whereas in the new govt to govt deal, the Modi government has asked for technology upgradation, additional features and transfer of technology. Alternatively Modi government could have scrapped the deal and gone for a new global tender.

Rafale was selected in January 2012 when Dr Manmohan Singh was Prime Minister. Reliance came into the picture the same year. In February 2012, Reliance Industries and France’s Dassault Aviation signed a pact for partnering in the defence and homeland security sector in India.

The accord came less than two weeks after Dassault’s Rafale warplanes emerged as the preferred bidder in a $15 billion-contest to supply India with 126 fighter jets.

The partnership provided Dassault with a substantial opportunity to fulfil its offset obligations under the contract. Dassault wanted RIL to be the main partner.

Under the offset clause, a foreign supplier must award contracts worth a chunk of the deal value to Indian companies in return.

The opposition’s furore over Rafale seems to be an attempt to starve the Indian Air Force of combat aircraft of international standards.

A demand for a Joint Parliamentary Committee will put the entire procurement and ‘Make in India’ programme in cold storage for years.

As for Reliance not having past experience, it was again the French company which found it useful. Also the offset projects need not be related to combat jets only.

Is it only because it happened under Modi? About the price, Rahul Gandhi is quoting the price of 2008 in 2018. Can he get even a razor for the same price today as it was in 2008? In a joint venture, the partner has to invest money and Rafale will only be transferring technology.

How can Reliance make money here? Rather, they have to put in money. The French government has said that choosing the Indian partner was the job of Dassault Aviation.

The French company has said they chose the Indian partner. How can Rahul blame Modi for this? He is either being vicious or ill-informed or has, as usual, got only half-baked information.

Each time Rahul was providing different figures as the Reliance’s gain and the prices at which the deal was signed by the UPA and the NDA. In the first place, the UPA never signed any deal with Dassault (Aviation).

It was only negotiating, and different prices were quoted. The price finally agreed by the UPA was Rs 737 crore per basic aircraft, and with additional fittings and capabilities the price agreed was Rs 2,000 crore per piece by Rahul controlled UPA.

The deal was, however, never signed. The deal signed by the NDA is for Rs 670 crore per aircraft, and with additional capacity it comes to only Rs 1,600 crore per aircraft. The NDA has ordered for 36 aircraft whereas UPA was planning to buy 126. 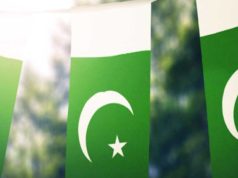 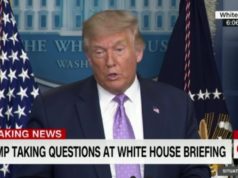 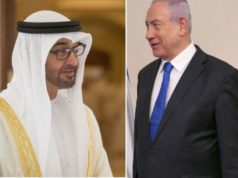