Fighter Cock China Picking Fights with All the Neighbouring countries

According to the journal Council on Foreign Relations, China claims roughly 90 percent of the South China Sea as its exclusive economic zone. The Council in its report referred to a US Geological Survey which estimated that the South China Sea contains as much as 290 trillion cubic feet of natural gas and also accounts for about one-tenth of the entire annual global fish catch.

Thus China has picked up disputes with all those Countries around East of China Sea and South of China Sea. The fight with Taiwan regarding which is true China is universally known.

The capture if a sovereign Country like Tibet and the ongoing fight with the Tibet Govt in Exile is again known universally. The disputes with others in the area is enumerated below.

According to Korean academic Lee Seokwoo, it was only in the the latter half of 1970 when China started mulling over the the question of sovereignty over the islands after evidence related to the existence of oil reserves surfaced.

The matter became worse in 2012 when the Japanese government purchased three of the disputed islands from their private owner which prompted large-scale protests in China.

Reacting to Japan’s move, China set up the East China Sea Air Defense Identification Zone which included the Senkaku Islands. China also announced that it would require all aircraft entering the zone to file a flight plan and submit radio frequency or transponder information.

The United States Department has made it clear that it does not have any official position on the merits of the competing sovereignty claims.

However, the US will have to come to Japan’s aid if conflict escalates as it is bound to provide security to Japan under the 1960 Treaty of Mutual Cooperation and Security between the United States and Japan.

Top US government officials declared on multiple occasion that the islands fall under the 1960 Treaty between the United States and Japan which requires the US to assist Japan in defending the Senkaku islands if anyone attempts to control Japan-administered Islands.

Taiwan has been a country in every sense of the word since 1948. However Communist China claims entire Taiwan as a breakaway province of China itself. It keeps threatening Taiwan but has not dared to attack it till date.

They had a shooting match for nearly 7 months in 1969. However since then things are on hold though Chinese have not abandoned their claim towards Siberia and Outer Mongolia. There is dispute on Xinjiang borders with erstwhile USSR Republics too.

Philippines dragged China to the United Nations Convention on the Law of the Sea or UNCLOS over China’s “nine-dotted line” claim. The nine-dotted line claim refers to the demarcation line used initially by China and Taiwan for their claims of the major part of the South China Sea.

The contested area in the South China Sea includes the Paracel Islands, the Spratly Islands, and various other areas including the Pratas Islands, the Maccles field Bank and the Scarborough Shoal. China, however, refused to participate in the arbitration case. Earlier in 2016, the tribunal ruled in favor of the Philippines saying that China has “no historical rights” based on the nine-dash line. China, however, rejected the Tribunal’s ruling.

China and Vietnam fought their first long-drawn border war from 1979 to 1990. But after that they worked to improve their diplomatic ties. However, the two countries remain in dispute over territorial issues in the South China Sea. At the center of territorial conflict is Spratly Islands and Paracel Islands. The Philippines, Malaysia and other countries have also claimed the region in Spratly Islands. In one such development, former Philippines President Ferdinand Marcos in 1978 issued Presidential decree No 1596, declaring the north-western part of the Spratly Islands as Philippine territory.

It was over two months in 2017 that Indian and Chinese forces had been on the edge over the tri-junction -India, China and Bhutan- dispute at Sikkim border. The conflict started with China’s attempt to construct a road through Dokalam area which was opposed by Indian troops.

China wanted India to withdraw its forces from the area, but the area being strategically important New Delhi just refused. Finally the Chinese pulled back. 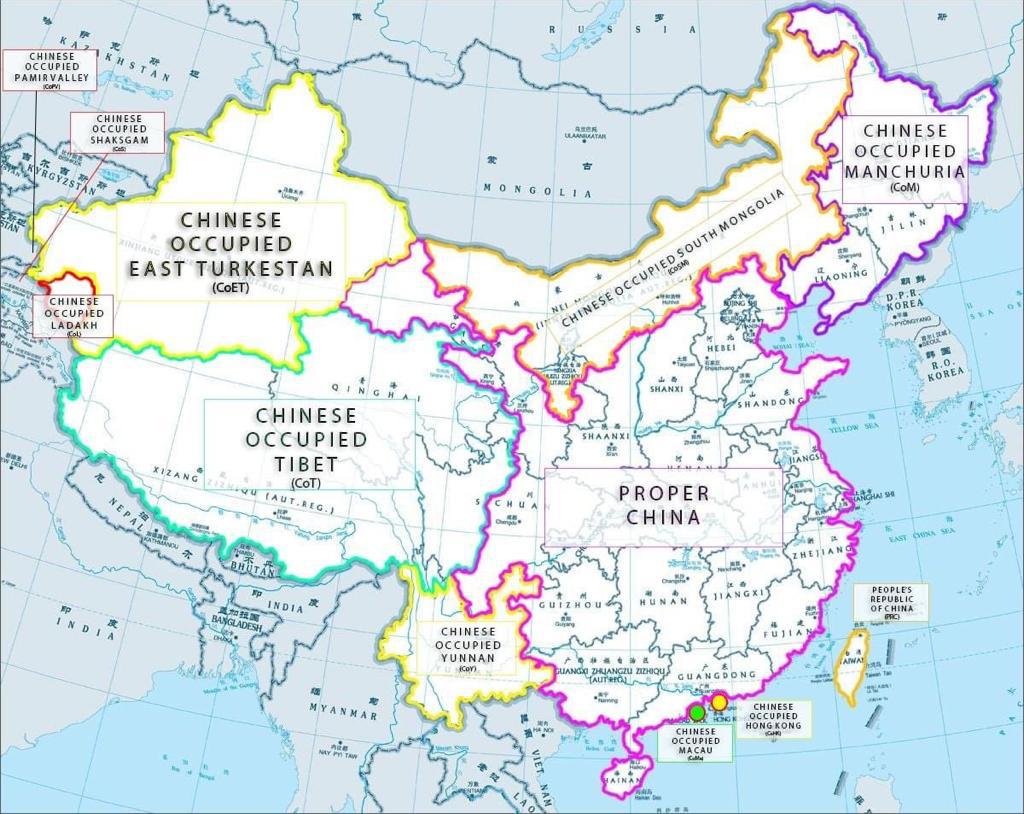 In 1962 Chinese had penetrated right up to Bhalukpong in Arunachal and then withdrawn back to Mac Mohan line. Later they started claiming entire Arunachal and have been creating scenes now and then. The famous was their incursions in Sumdorong Chu area.

This incident in 1987 in Arunachal Pradesh was one such standoff between the Indian Army and Chinese People Liberation Army (PLA) where India-China came close to a war. But Indian diplomacy mixed with caution and aggression not only avoided war but also brought China to the table to discuss.
They have similarly raised some claims in Central Sector also on Himachal Tibetan Border and Sikkim Tibet border.

In Ladhak Sector China occupied entire Askai Chin, a big chunk during 1962. Later they also encouraged Pakistan to cede them entire Skhsagam Valley of around 7000 sqkm in 1963. For years they have been nibbling at Indian territory in Ladhak. India has finally decided to put a stop to it.

Now first time after 1967 there has been a violent clash of this kind on the LAC with China. Though in 1975 they had carried out an ambush of an Indian patrol killing 5 personnel of Assam Rifles in Tulung La Area of Arunachal.

India isn’t the only country that China is engaged in at the border, it has a history of getting into conflict between its neighbouring countries. So now either China pulls back accross the LAC and then there be a talk for finally settling the borders or every one should be prepared for a War.