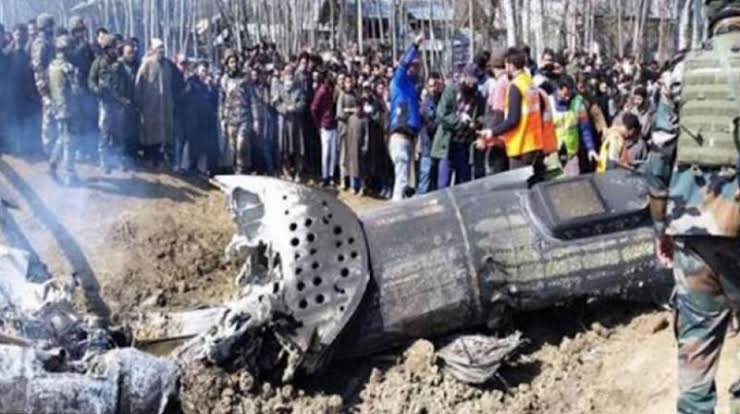 The IAF court of Inquiry has found that a Group Captain, two Wing Commanders and two Flight Lieutenants may be Charged for negligence for not following correct procedure while shooting down the helicopter. However the KNOW ALL media has already carried out their trial and even pronounced

The Indian air defence systems were on high alert since the Balakot air strikes. Therefore may be under pressure a wrong decision may have been made for which someone may have to take responsibility.

However in that case he is not Guilty of anything unless there is element of neglect or dereliction of duty or knowingly taking a wrong decision.

Presently an IAF court of inquiry has found that five officers of the Indian Air Force are responsible for shooting down its Mi-17 V5 helicopter, which was flying over Srinagar with 6 IAF personnel on February 27, a day after the Balakot strikes.

The inquiry found that the chopper was brought down by friendly fire from the Spyder air defence missile system. From the inputs available the IAF court feels a Group Captain, two Wing Commanders and two Flight Lieutenants may have been negligent and not followed correct procedure while shooting down the helicopter.

The inquiry found that the officers who handled the air defence system at the Srinagar air base mistook the helicopter, returning midway from a mission, for an incoming missile.

The helicopter belonging to the Srinagar based 154 Helicopter Unit crashed within 10 minutes after takeoff, even as a dogfight took place at the J&K border air corridor between the IAF and Pakistan Air Force. The Indian air defence systems were on high alert since the Balakot air strikes.

The court of inquiry was delayed as the helicopter’s black box had to be retrieved from villagers in Budgam. Besides the six IAF personnel, a civilian too died when the helicopter crashed.

After going through the Court of Inquiry, if the findings have enough merit then a Summary of Evidence will be Ordered. There after a Court Martial will be Convened to try out the Case and give its Verdict.

Either the Officers will be honorably acquitted or due punishment will be awarded. Till then Media should keep its trap shut.