For First Time, Zojil La Expected To Open For Traffic In March : BRO 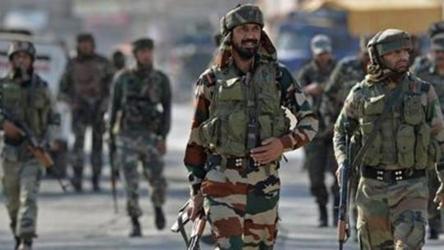 Zoji La (Pass), at an altitude of more than 11,000 feet, remains snowbound for almost half the year and cuts off Ladakh from Kashmir.

The strategic Srinagar-Leh highway is expected to open by the end of this month as Border Roads Organisation (BRO) has cleared the avalanche-prone Zojil La (Pass) much ahead of scheduled, officials said Saturday.

The only arterial highway which connects Ladakh to Kashmir was closed in early December last year after heavy snowfall.

“Our men by using 12 modern equipment cleared the highway till Zojil La in just 18 days, which is a record-breaking achievement in the last 60 years and the road will be thrown open in March,” said Colonel Mukesh Kumar, Commander, 32 Border Road Task Force of Project Beacon.

He said that till last year the snow clearance operation used to begin in March and the road was opened in April.

“This year we are much ahead than previous years and it is record of sorts despite the unprecedented snow accumulation in the region,” he said, adding the men of BRO will continue to carry out snow clearing operations till the team connects with another snow clearance team of Project Vijayak on the other side of Zoji La.

Captain Shubham Sood in-charge of snow clearance team said the Beacon teams had to face many difficulties during the clearance because the area is avalanche-prone.

“Opening the road in March is a very big achievement for us as we did it in short duration of 18 days in sub zero temperature and braving avalanche-prone areas. Our priority is to connect Leh with rest of the country as early as possible and that will happen at the end of this month,” he said.

During the winter, blizzards often sweep across Zoji La which is at an altitude of 11,578 feet and dump huge quantity of snow forcing the shutdown of the strategic road between November and March.

Work in under way for the 14-km long Zoji La tunnel to provide all-weather connectivity between Srinagar and Leh.