Free trade agreements are often ignored by business. So why has Australia signed a new one? 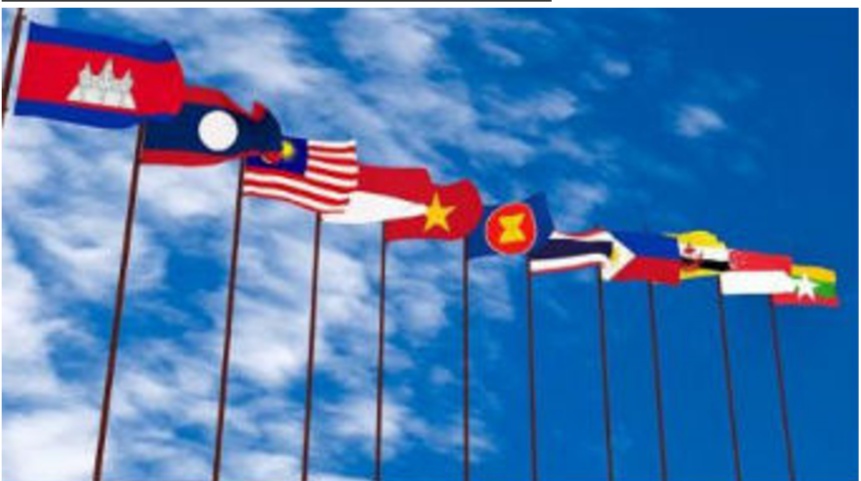 World leaders linked hands in an awkward display of unity in their determination to dismantle barriers to our economic wellbeing.

Another gathering of regional leaders. Another triumph on free trade.

This time the photo opportunity relied less on colourful attire and more on theatrics as the 15 leaders, including Prime Minister Scott Morrison, linked hands in an awkward display of unity in their determination to dismantle barriers to our economic wellbeing.

Forget that India doesn’t want a bar of this latest free trade construct, the Regional Comprehensive Economic Partnership, a deal driven largely by China and Japan. 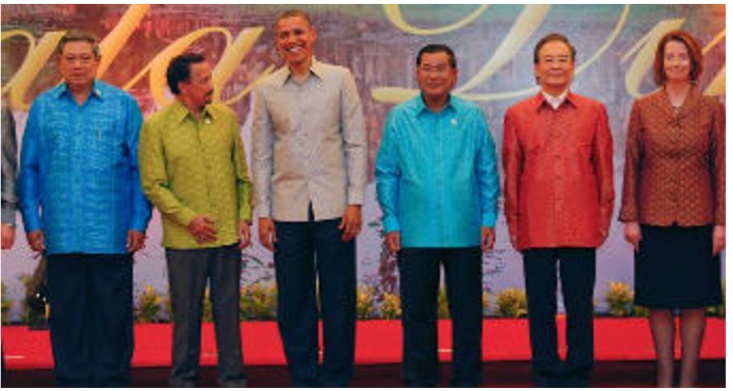 Is ASEAN no longer useful?

Or that America — deliberately excluded from this gathering — pulled the pin on the Trans Pacific Partnership, of which it was the architect, just three days after Donald Trump took up lodgings in the White House.

Ignore for a brief moment too, that a rush back to protectionism and a retreat from globalism — best illustrated by America’s two-year trade war with China — is the root cause of the slowdown in the global economy.

Free trade itself may be under attack and facing serious threats across the globe.

But when it comes to free trade agreements, this is a golden era and there’s never been a better time to be a bureaucrat with a great big roll of red tape.

Why? Because they have very little to do with trade, free or otherwise. Most of these agreements are diplomatic agreements, designed to cement relationships and shore up political and defence alliances.

Transport yourself for a second into the shoes of a budding local entrepreneur. You’re keen to expand offshore and establish a beachhead in, say, Japan.
It should be a doddle. After all, we have a free trade agreement with Japan. 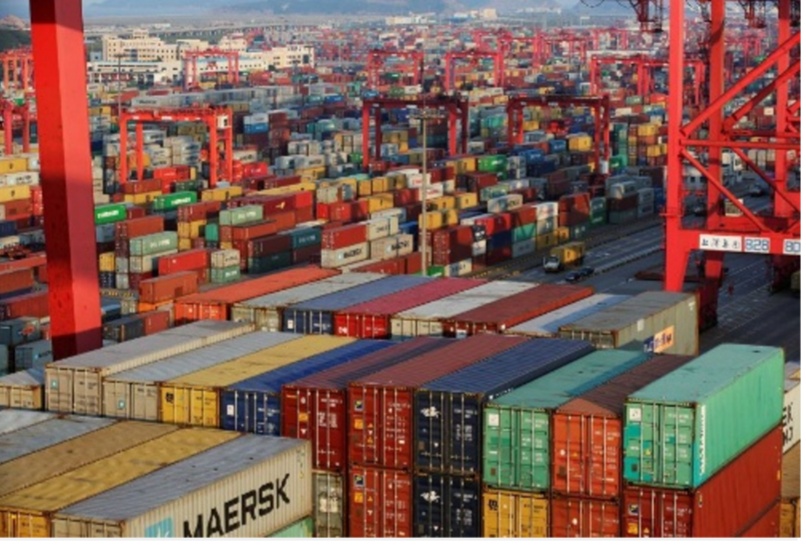 In fact, we have two. We have a bilateral agreement between the two countries and we have the agreement reached under the auspices of the Trans Pacific Partnership.

That’s right, the one we all went ahead with after America bailed on the idea.

If this next regional deal gets across the line, there’ll be three. What a quandary! Which one to choose?
That’s just the first hurdle. The bigger problem is that they’re way too cumbersome.

In fact, most businesses don’t use them, don’t understand them and find them too complex.
According to a survey of Australian businesses, big and small, conducted last year by the Australian Chamber of Commerce and Industry, free trade agreements are largely ignored.

“The results show that, in general, the majority of businesses stated that these FTAs are not relevant to them,” the report stated.

“A large number of businesses do not understand and do not use FTAs.”

Five years ago, the Chamber concluded that most agreements were so poorly drafted and so complex that they were next to useless in a commercial sense.

Is free trade in retreat?

The very idea of a free trade agreement is a contradiction. You don’t need a complex agreement to trade freely.

According to the economics textbooks, the best way to reap the benefits of free trade is to look inwards, not outwards.

Those that benefit the most from free trade are the countries that dismantle their trade barriers. 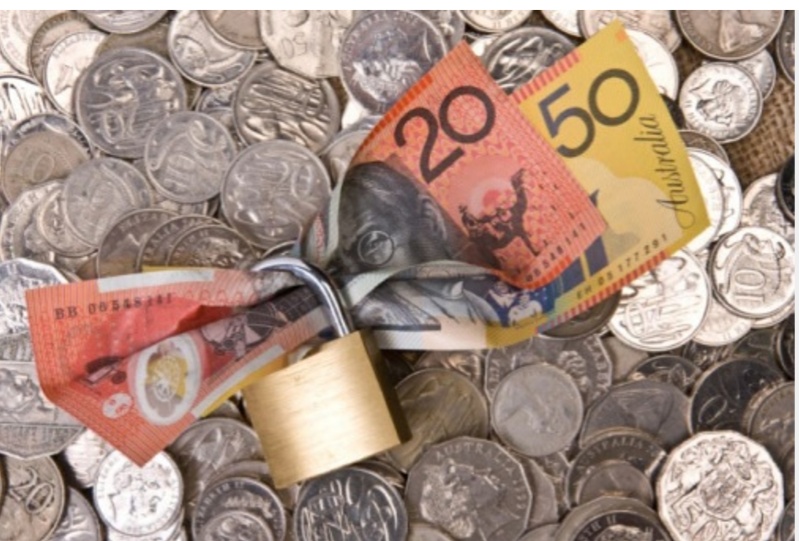 The very idea of a free trade agreement is a contradiction. You don’t need a complex agreement to trade freely.

Getting rid of, or at least reducing tariffs, subsidies and grants is the best way to lift efficiency and improve competitiveness.

We’ve done exactly that for the past half century when the Whitlam government kicked off with a 25 per cent cut in tariffs across the board in draft 1973 budget.

The trend is not new

It was a movement adopted globally but didn’t come without pain.

As industry relocated from Europe, America and Australia and into the developing nations across Asia, particularly China, workers were displaced, communities decimated and the seeds of discontent were sown. 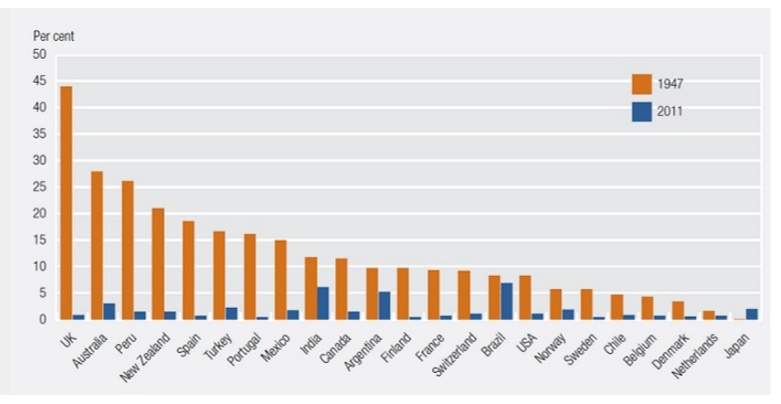 The benefits of globalism weren’t distributed quite as fairly as the textbooks suggested, prompting the rise of populist leaders like Donald Trump now attempting to wind back free trade.

This isn’t just a recent trend.

Despite the raft of FTAs signed — often spruiked with stats showing vast amounts of money and half the world’s trade — on a country by country and regional basis, protectionism has been on the rise for the best part of a decade as this graph below shows.

New barriers are being added faster than old ones removed.

Can FTAs be harmful?

Rather than providing benefits, free trade agreements can be downright harmful.
Our very own Productivity Commission for years cautioned about signing these agreements because they deliver few benefits and may “impose net costs on the community”.

Take the 2004 trade deal we signed with America.

That deal fundamentally altered Australia’s Pharmaceutical Benefits Scheme, limited the Commonwealth’s power to price medicines cheaply, and contributed to the soaring costs of our health system.

What is an FTA and what are the benefits?

Lowering trade barriers helps industries access new markets, boosting their reach and the number of people they can sell their products to.

In a massive win for US pharmaceutical companies, it outlawed the practice of “reference pricing” which the Federal Government had used since 1940 to screw down the cost of medicine.

The grand Trans Pacific Partnership, abandoned by the US but signed by everyone else, had similar intent.

Primarily, it was a strategic agreement designed to limit China’s influence and to curb its economic growth.

But it also contained clauses that extended the copyright and intellectual property rights of American firms, delivering them the ability to extend monopoly pricing practices and lock competitors out of the market.

That’s called protectionism and is the exact opposite of free trade.

Even worse, these agreements often include clauses that deliver power to foreign corporations to launch legal action against democratically elected governments on decisions they believe harm their commercial interests.

The most celebrated case was tobacco giant Philip Morris’s case against Australia over plain packaging of cigarettes.

To fight the battle, Philip Morris shifted its operations to Hong Kong to take advantage of an Investor State Dispute Resolution clause in a FTA Australia had signed with Hong Kong in 1993.

Philip Morris lost the case, which was held behind closed doors in a secret location. But the precedent was set.